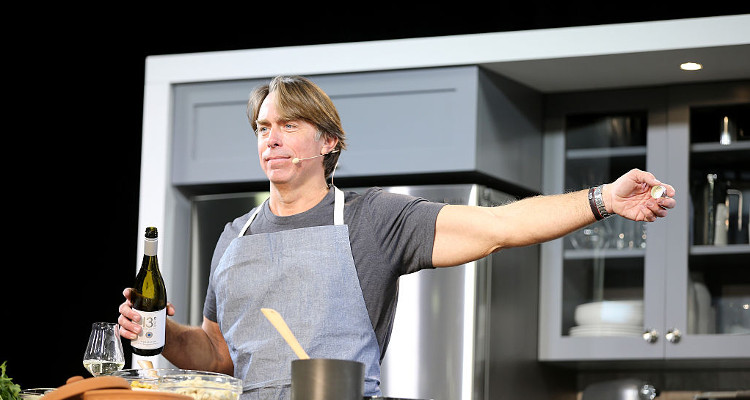 John Besh built a business empire with his many restaurants and became a regular fixture in the New Orleans’ celebrity circuit. He’s written cookbooks, appeared on many TV shows, and built a reputation for being an excellent chef and a philanthropist. But now, allegations of sexual harassment against him and his male employees have rocked his world. He has stepped down from the position as chief executive of his tainted company. Get the details here.

Besh, a celebrity chef himself, is one of New Orleans’ most recognized and celebrated chefs, whose restaurant group employs more than 1,000 people in cities like New Orleans, San Antonio, and Baltimore. Some of John Besh’s restaurants that are doing very well are August, Borgne, Domenica, Pizza Domenica, La Provence, Shaya, Willa Jean, and Eunice.

For John Besh, the allegations of sexual harassment come at a very unfortunate time. Besh was witnessing a surge in his restaurants’ business and his own popularity.

Here are some details from John Besh’s wiki.

The Birth of a Business Empire

Born on May 14, 1968, in Meridian, Mississippi, John Besh’s age is 49. Besh is an American chef, TV personality, restaurateur, philanthropist, and author, who is well known for his efforts to preserve the culinary heritage of New Orleans’ cuisine.

John Besh was raised in Slidell, South Louisiana. He graduated from The Culinary Institute of America in 1992. He is also a former Marine who served his country in the first Gulf War in the early 1990s.

Besh came into prominence after his heroic efforts to help flood victims and emergency responders in New Orleans after the city was ravaged by Hurricane Katrina. He became a sort of ambassador for New Orleans and built a business empire on the back of his fine-dining restaurants and his commitment to philanthropy.

He Catapulted to Fame

Besh became an important figure in New Orlean’s marketing and tourism campaigns, and a regular fixture on talk shows and cooking shows. He wrote cookbooks and collaborated with famous brands to create specialty products.

Some of the TV shows that Besh has appeared on include: Iconoclasts, Food Network Challenge, Iron Chef America, Top Chef, Inedible to Incredible, and Hungry Investors.

Besh’s books have been very successful, as well. They include: My Family Table: A Passionate Plea for Home Cooking, Cooking from the Heart: My Favorite Lessons Learned Along the Way, and Besh Big Easy: 101 Home-Cooked New Orleans Recipes.

Thanks to all his various business ventures, John Besh’s net worth is a cool $8.0 million and growing.

John Besh’s wife is named Jenifer Besh, and the couple got married in 1991. But now, their marriage is being tested by sexual harassment allegations against Besh.

Besh has been accused of allowing a culture to prevail where women employees were regularly harassed. These allegations were revealed in an investigation by The Times-Picayune.

A total 25 current and past employees have said that they were regularly subjected to inappropriate touching and comments from their male bosses and co-workers. Some have even claimed that they were asked to provide sex by their male superiors.

The women maintain that they were ignored or shunned when they reported the sexual harassment. These women blame Besh for creating and allowing such a cruel work environment to prevail.

Besh says that he is working to “rebuild my marriage and come to terms with my reckless actions.”

In a statement released by his company, Besh said, “I also regret any harm this may have caused to my second family at the restaurant group, and sincerely apologize to anyone past and present who has worked for me who found my behavior as unacceptable as I do.”

It remains to be seen how these allegations will affect the business empire that Besh has built over the years. Stepping down and taking a long hard look at himself and the prevailing culture in his workplaces is the right thing to do. For John Besh, it’s food for thought!