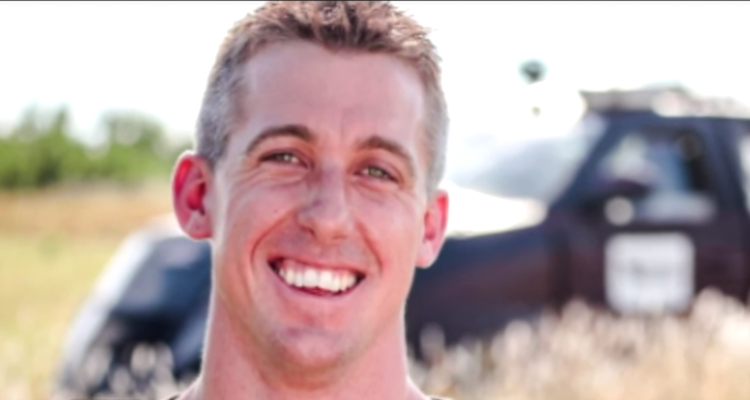 It may seem crass but when news first came down that Joel Taylor from Storm Chasers had passed away, many were not surprised. He chased tornados, and appeared on a television show where they drove vehicles as close as they could to storms that tear houses from their foundations. What is surprising is that Joel Taylor’s cause of death had nothing to do with the weather.

The Life of a Storm Chaser

From 2007 to 2012, if you asked the question “How did Joel Taylor die,” the answer would have most likely been something to do with a tornado. For five years, viewers watched Taylor and the crew of the SRV Dominator as they drove into storms while trying to collect data.

It was not a job for the faint of heart, but Taylor loved it. He grew up with storms in his native Elk City, Oklahoma and became incredibly interested in the phenomenon. He eventually studied meteorology at the University of Oklahoma. It was around that time that he began chasing storms.

In the Eye of the Storm

The world at large first got a glimpse of Taylor when he was featured as part of meteorologist and storm chaser, Reed Timmer’s team in the 2003 documentary, Tornado Glory.

In 2007, the team had a starring role in Discovery Channel’s, Storm Chasers. The show was a bit of success as it followed the lives and relationships of those who wanted to learn more about tornados, and how to protect themselves from them.

Many viewers were hooked on the show, as it was like the real-life version of the 1996 hit movie, Twister. They drove into tornados with bad ass looking vehicles while studying these storms. This format carried the show for five seasons until it was canceled in 2012.

Storm chaser Joel Taylor was found dead in his cruise ship room from a drug overdose. He was on the Royal Caribbean Cruise Line Harmony of the Seas, and a passenger told TMZ that he was taken off the dance floor because he consumed too much GHB he became unconscious. He was only 38 years old…what a tragedy?

A post shared by Afterthoughts (@afterthoughts_entertainment) on Jan 24, 2018 at 3:46pm PST

What Happened to Joel Taylor?

Details are still coming in about what exactly happened to Joel Taylor, but here is what we know so far.

Taylor was a passenger on Royal Caribbean’s Harmony of the Sea cruise ship. The cruise itself was chartered by a company called Atlantis Events, which specializes in travel packages and cruises aimed at the LGBTQ community.

The cruise boarded in Ft Lauderdale, Florida and, before it hit San Juan, Puerto Rico, the ship notified the Coast Guard that a death occurred. It was in San Juan where Taylor’s family identified his body.

What caused Joel Taylor’s death is currently unknown, but a number of sources have rumored that he may have passed out on the dance floor of the ship and had to be brought to his room. According to this rumor, the passing out and subsequent death of Joel Taylor may be due to an overdose of the club drug, GHB.

The Coast Guard opened an investigation into Taylor’s death and it may be some time before any toxicology reports come back. In the meantime, his friends have taken to social media to mourn his passing. Reed Timmer tweeted:

“RIP my best friend and storm chasing partner, Joel Taylor. I am shocked and absolutely devastated by the loss of my incredible, caring friend. We chased so many intense storms, and I wish we could have just one more storm chase. I’ll miss you forever, Joel. We lost a legend.”