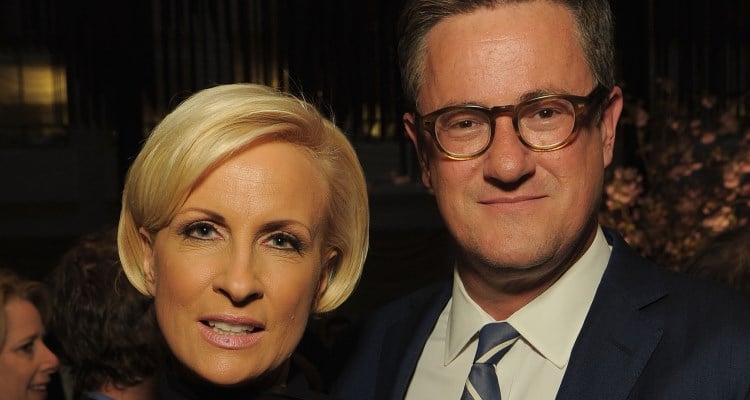 If you’ve been paying attention to the news lately, you may have heard that right-wing, political pundit, Joe Scarborough recently got engaged to his Morning Joe co-host! That’s right: Mika Brzezinski and Joe Scarborough are engaged! While you now know that Mika Brzezinksi is going to be Joe Scarborough’s wife number three, what do you really know about this media personality? To answer your burning questions, we’ve put together a Joe Scarborough wiki with everything you need to know from his early life to his Instagram.

He Started Out as a Bit of a Musician

Post-secondary school is expensive, as everyone knows, and most students have to work part-time jobs to support themselves and/or pay tuition. While most obtain jobs at local shops or restaurants, Joe Scarborough opted to write music with his band known as Dixon Mills, and even produced CDs while he was earning his J.D. from the University of Florida College of Law. And if that wasn’t enough, he also taught high school in addition to that!

He’s Been Married Before

Joe Scarborough’s marriage to Mika Brzezinski isn’t his first, or even his second. He was first married in 1986 to Melanie Hinton. That marriage lasted until 1999 and produced two sons. His next marriage was to Susan Waren in 2001. After being together for over a decade, Joe Scarborough divorced Waren in 2013, but not before having two children together. In total, there are (so far) four Joe Scarborough kids, ranging in age from around nine years old to 30 years old.

Like most Republicans, Joe Scarborough’s opinions on abortion lean more in favor of the fetus than the woman carrying it. In 1993, when Dr. David Gunn was murdered by anti-abortionist Michael F. Griffin, Scarborough acted as Griffin’s attorney and made several court appearances as Griffin’s defense before removing himself from the case, claiming that he couldn’t sit in a capital trial. He even did pro bono work, helping Griffin land a new lawyer and keeping Griffin’s family from being harassed by the media.

Later, in his years in Congress, he habitually supported many pro-life positions, most notably supporting the Unborn Victims of Violence Act, which made it illegal to harm a fetus when committing a number of unrelated crimes.

Thanks for tuning in this week! Like #morningjoe on facebook.com/MorningJoe

Well, maybe not of all trades, but Joe Scarborough has mastered a fair amount of trades, which only help increase his already-impressive net worth. Having trained as a lawyer in Florida, Scarborough has worn the hats of attorney, congressman, radio host, TV host, and author. It seemed for a while that law was his true calling, especially since he resigned from politics to return to law. He joined Florida law firm, Levin Papantonio Law Firm, which was headed by trial lawyer, Fred Levin, who’s flamboyance (in and out of court) and controversial actions have made him infamous, and have even landed him in hot water. But Scarborough always ended up returning to politics.

In 2003, he helped cement his career as television host with his MSNBC show, Scarborough Country. Prior to this, he had appeared as co-host of episodes of Morning Joe, of which he eventually became full-time host. He also hosted talk-radio shows, including John Gambling’s late-morning slot on WABC in New York City. This he co-hosted with Mika Brzezinski until the show went on hiatus to regroup. Of course, Morning Joe has an active Instagram account with more than 27,000 followers.

Joe Scarborough’s relationship with political journalism doesn’t stop at TV and radio, though. Scarborough has authored three books to date and even penned a 2016 op-ed for The Washington Post about why Republicans should drop Donald Trump as their presidential candidate.

He’s Got an Impressive Salary

Unsurprisingly, Joe Scarborough’s salary is definitely something to envy. Raking in an estimated $6.0 million a year, Joe Scarborough’s net worth is a healthy $18.0 million! In case all that money didn’t talk on its own, Scarborough was also listed as one of TIME magazine’s 100 most influential people in the world.