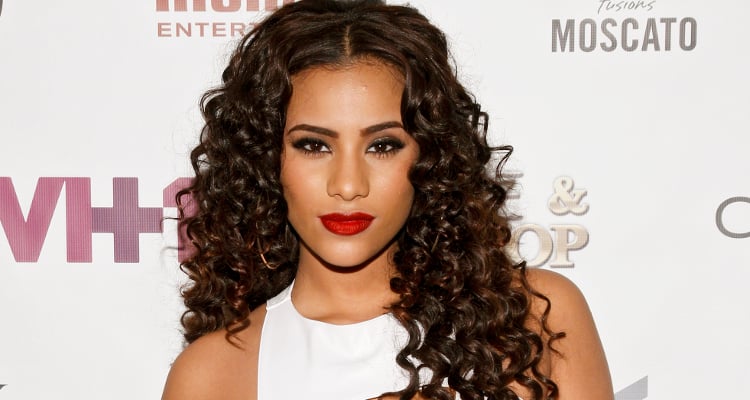 Joe Budden’s girlfriend, Cyn Santana, is pregnant with her first child and is very excited to become a mother soon. The couple took to social media to post photos of Santana showing off her baby bump, to share the wonderful news with their fans and the world. With a net worth of $300,000, a supporting boyfriend, and a baby on the way, Santana is looking forward to a great future.

What used to be a rumor has now turned out to be true! Joe Budden’s girlfriend, Cyn Santana, is expecting their first child —a fact confirmed by the couple, replete with photographs and comments. The famous Slaughterhouse rapper/Love & Hip Hop: New York star and his girlfriend announced the happy news on social media on Wednesday, August 9, 2017, with photos of Santana’s baby bump. Last time we heard that Cyn Santana was pregnant, it turned out to be a rumor. Now, however, we have confirmation that Budden and Santana are going to be proud parents very soon, and they can’t hide their happiness. Keep reading for more details in our Cyn Santana wiki.

Who is Cyn Santana? Born on October 20, 1992, in New York City, Cyn Santana’s age is just 24, but she’s already made a name for herself in the music industry. She was featured in music videos by artists such as Nas and 2 Chainz, among others. Santana was born and raised in the U.S. but has Dominican and Salvadorian ancestry. She describes herself as “mad Spanish” and was interested in showbiz at an early age. She took acting lessons while in college, where she studied psychology.

Getting Her Foot in the Door

Santana’s online fame started when her impressions of stars like Kat Stacks and Nicki Minaj on YouTube became popular. Her videos led to her getting noticed by the music and acting worlds. A big opportunity came her way when Santana was offered to appear on the hit reality TV show, Love and Hip Hop: New York.

Tragedy in the Family

A few years ago, Cyn Santana underwent a terrible loss when her brother committed suicide. She kept herself occupied with her work as a way to get past this tragic event. Santana works for the betterment of underprivileged women and gives them a helping hand. She also started her own clothing line and does charity work. Cyn Santana’s net worth is a modest $300,000, but that’s sure to grow as her acting career looks all set to take off. Santana achieved some notoriety when she dated fellow actress Erica Mena, but they later went their separate ways.

Baby on the Way

The reality star regularly posts sexy pics of herself on social media. Cyn Santana’s Instagram account is full of stunning photos, as well as clips of herself and Joe Budden. If you are looking for a laugh, check out Cyn Santana’s Twitter account, which is guaranteed to put a smile on your face! Right now, all of her efforts are being put into taking care of herself and her little bun in the oven! Both Budden and Santana are eagerly waiting for the arrival of their baby and are sharing their happiness with their fans. We wish the couple all the best!