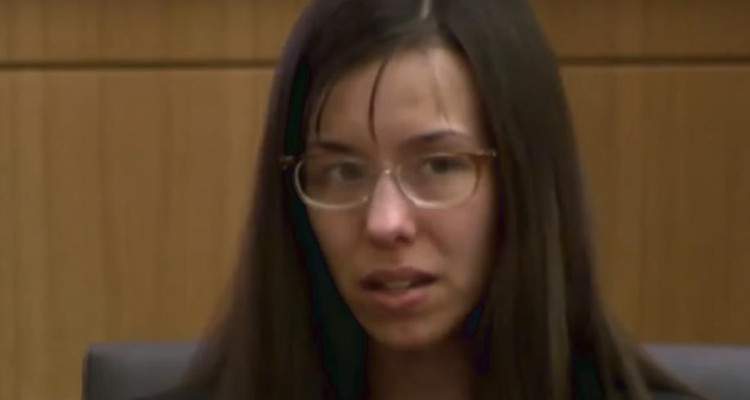 Discovery aired the first episode of the three-part series, Jodi Arias: An American Murder Mystery on Sunday. It has been almost 10 years since Jodi Arias killed her ex-boyfriend, Travis Victor Alexander. Where is Jodi Arias now? We have all the details you need about Jodi Arias in 2018.

This story became quite a sensation in 2014 and is making a comeback —this time in the form of a three-part documentary. We are talking about Jodi Arias who, in 2008, was convicted of first-degree murder following the death of her ex-boyfriend, Travis Alexander. The case heavily focused on their sexual relationship, and several documentaries and TV shows covered it afterward.  Jodi Arias: An American Murder Mystery aired last Sunday at 10:00 p.m. EST on Investigation Discovery. After watching the first episode, viewers are curious to learn about Arias, especially now that so many years have passed. What is Jodi Arias up to now? Keep reading to find out.

Where Is Jodi Arias Now?

Jodi Arias and her ex boyfriend Travis Victor Alexander. Alexander was murdered by Arias on June 4th, 2008 in his Mesa, Arizona home.

Jodi Ann Arias was born on July 9, 1980, in Salinas, California. It was in September 2006 that she met Travis Alexander at a PPL Services Conference in Las Vegas, Nevada. Reportedly, Alexander was a Mormon, and it was in November 2006 that Arias was baptized at a Southern California Mormon church.

In February 2007, Arias and Travis started dating. She later moved to Mesa, Arizona and a month later, lived with her grandparents in Yreka, California. Although they broke up in 2007, the couple remained in touch.

On June 4, 2008, Alexander was shot and stabbed to death. Five days later, after not hearing from him, his friends went to his house and found his body in the shower. He was reportedly stabbed 27 to 29 times. His throat was slit, and he had a gunshot wound to the head.

As detectives were working through Alexander’s case, Arias spoke to detective Steve Flores and said, “I just want to offer any assistance I might have. I was a really good friend of Travis. I heard that he passed away and I heard there was a lot of blood.” She added, “I heard that his roommate found him or his friend found him or people were…I’m sorry, it’s odd. I’m just upset.”

She was immediately a suspect, especially after a primary source of evidence was a camera discovered in Alexander’s washing machine. It had photos revealing that he and Arias had a sexual encounter on the day of Alexander’s murder, with one photo showing Arias sitting naked in bed. The last image of Alexander alive was on that camera. He was in the shower, and the photo was taken at 5:29 p.m. that day. The images taken moments later are believed to be Alexander “profusely bleeding” on the bathroom floor. A bloody hand-print was discovered in the bathroom hallway, containing both his and Arias’ DNA.

When Arias was on the stand, she attested that she murdered Alexander in self-defense. After a lengthy trial, and evidence pointing towards Arias, she was convicted of first-degree murder on May 7, 2012. Six years after killing her ex-boyfriend, she was sentenced to life in prison on April 7, 2014.

The new Discovery series sheds light on the case that shook the nation, and became one of the most widely discussed cases in U.S. history. Some still argue and criticize the judicial system over this case and how it became “entertainment” rather than “justice.” If you want to take a look at the exciting Jodi Arias murder mystery trailer, check it out below: