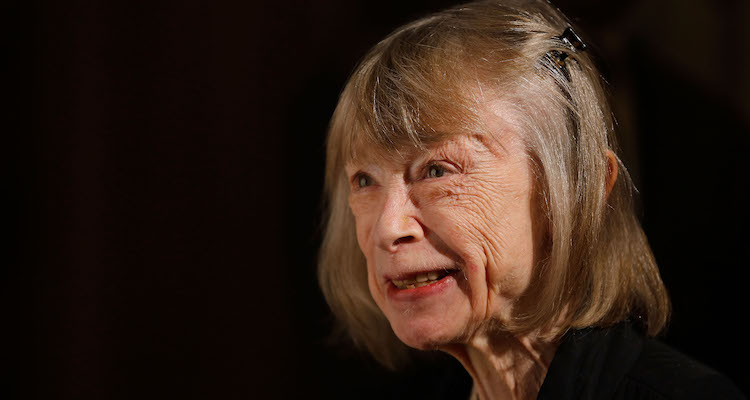 Like many of these original productions, the Joan Didion Netflix documentary sheds light on the writer’s life, and brings her work back into the spotlight. Check out our Joan Didion wiki to learn more about the legend and her upcoming Netflix hit!

For over 50 years, Joan Didion, age 82, has been known for her lyrical prose, wry wit, and vulnerable reflections on grief. Joan Didion’s husband, writer John Gregory Dunne, died in 2003. She wrote about the experience in The Year of Magical Thinking. Two years later, she wrote Blue Knights after suffering the loss of her daughter, Quintana. Didion has been through her fair share of grief and loss, and now a new Netflix series, Joan Didion: The Center Will Not Hold, is about to dive into her life.

The Center Will Not Hold

This is the first documentary about a writer whose work helped define and record American life in the ’60s and ’70s. Didion used her signature way of writing and intelligence to cover events like the Manson Murders and the Iran-Contra affair. The goal with the film, was to explain her legacy in a way that her own work hadn’t already. Griffin Dunne, Didion’s nephew, said, “The challenge was what can I say or show that she hasn’t already written? It was tremendous pressure making a film about someone I’m related to and care so deeply about.” He realized that there had never been a documentary about her, and by her own choice. When he asked her if she would allow him to make one about her, she responded, “Uh, okay,” and he took that as confirmation. It was only then that he realized what an enormous project he had signed up for. “So I felt a real obligation to her readers to get it right.”

"Grief turns out to be a place none of us know until we reach it.” #joandidion #thecenterwillnothold

Joan Didion wrote several published books from fiction, to non-fiction, to screenplays. Although Joan Didion’s net worth is unconfirmed, she has a lengthy list of works that have impacted many readers around the world. Her works include the following:

We Tell Ourselves Stories in Order to Live (2006)

“Julian took beautiful pictures. Anybody who had their picture taken by Julian felt blessed.” #joandidion on #julianwasser #mondaymood

An interesting fact about Didion is that when she was stumped with writer’s block, she would literally put the unfinished draft in a plastic bag and pop it into the freezer until she was ready to keep working on it. “On a metaphorical level,” said Dunne, “it tracks in her creative and personal process. She wasn’t able to write about Quintana until she had written about John. In order for her to not be overwhelmed by grief, she had to compartmentalize.”

If you see pics of Joan Didion resurfacing on social media, it’s all in promotion and anticipation for her Netflix documentary. Excited to learn more about the iconic writer’s life? Watch the trailer below and tune into the stream service on Friday, October 27th for the launch!