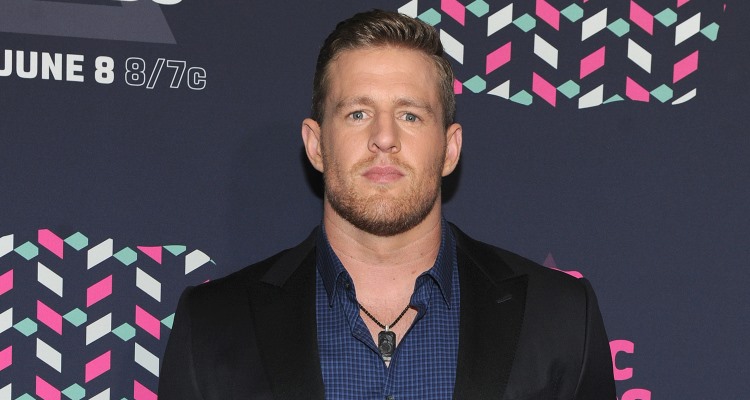 Kealia Ohai had a passion for soccer from an early age and showed her talent through to her college days. She was the captain of her team while studying at the University of North Carolina. She later represented the United States in the U-20 Women’s World Cup tournament and is currently playing for the Houston Dash.

She is the girlfriend of football player J.J. Watt and likes to help people using her fame and clout.

Kealia Ohai is more famous as a sportswoman, even though she’s J.J. Watt’s girlfriend. She is a soccer player who is the captain of the Houston Dash and a member of the United States women’s national soccer team.

Ohai is a brilliant soccer player and led her team to victory many times thanks to her skills and leadership ability.

She is currently dating Watt, who plays football for the Houston Texans. The extraordinary defensive end won the APL NFL Defensive Player of the Year Award three times in his first five seasons! Clearly, he caught Ohai’s attention! But who is the sexy soccer star Watt gets to call his girlfriend?

Here are a few details from Kealia Ohai’s wiki.

Soccer skills must run in the family; she has a sister named Megan, who used to be a member of the youth national team and played soccer at USC, winning the 2007 NCAA championship!

Ben Ohai is a native Hawaiian and named Kealia after Kealia Beach on the island of Kauai.

She graduated from Alta High School in June 2010 and played varsity soccer for four years. She then studied at the University of North Carolina at Chapel Hill.

Ohai led her team to four consecutive state soccer championships from 2006 to 2009 and won several prestigious awards along the way.

Winning Awards by the Dozen!

She also earned the Parade All-American honors in June 2010. Ohai played club soccer for the Utah Avalanche, winning the state title four times with her team.

She also played for the North Carolina Tar Heels from 2010 to 2013 and was instrumental in helping them win the championship in 2012.

In 2012, she was named the most outstanding offensive player of the tournament thanks to her ability to score goals at crucial moments.

High Praise from All Quarters

After a brilliant run with the Tar Heels, Ohai joined the Houston Dash in 2014, much to their happiness.

At that time, Dash head coach Randy Waldrum spoke about her and said,“I couldn’t have asked for things to fall into place so well. It was an amazing day for the Dash. Starting with the selection of Kealia Ohai, we got one of the nation’s best forwards. She has great pace, is extremely athletic, and can really stretch defenses with her speed.”

Back after a Serious Injury

Ohai became the captain of Dash midway through the 2016 season. She scored 11 goals in 10 games, thereby proving that she was a giant asset for the team.

But just as everything was going great for Ohai, she tore her anterior cruciate ligament during the 2017 season, which forced her to sit out for the remaining games. She has since recovered and is once again playing for Dash and trying to get back to where she once was.

Kealia Ohai is so passionate about soccer that she has had little time for anything else. She has been an important member of the U.S. youth national programs since the age of 13, having played in the U-15, U-17, U-18, U-20, and U-23 teams.

Nothing Can Stop Her Now

All these achievements are even more praiseworthy for Ohai because she has been playing with a significant handicap throughout her career. She is legally blind in her right eye!

While most people may have given up on doing what they love, Ohai did the opposite. She accepted her reality and worked hard to excel, proving to everyone that she is a force to be reckoned with!

The similarities between Kealia and Megan Ohai only seem to grow, as the Houston Dash captain’s sister is also married to a footballer! Megan is married to Brian Cushing, a linebacker who used to play for the Houston Texans.

Cushing was also J.J. Watt’s former teammate and was instrumental in getting the football player to meet Kealia. The two hit it off, and the rest, as they say, is history!

Ohai and Watt have been dating for almost two years now, and by all accounts are happy to be together.

In 2017, Ohai was appointed the brand ambassador of BBVA Compass bank. She has been seen in their advertisements, community involvement activities, speaking engagements at different forums, and events, like their “Year of Opportunity for Small Business” initiative.

It is easy to see from Kealia Ohai’s Instagram account that not only is she is very passionate about soccer, she certainly loves her family! (And Watt seems to fit right in!) There are many photos of her on the field, and posing with her teammates, Watt, family, nephews, sister, and celebrities like Drake.

You can find plenty of Kealia Ohai’s hot pics, too! But it’s obvious from the photos that she is very fond of her two nephews, Cayd and Kai.

Ohai and Watt have a soft spot for children and often take time off to visit children care centers. They also appreciate people who help others, and they’ve even publicized those people using their celebrity status.

Right now, Kealia Ohai is totally focused on getting back to peak form and helping her team achieve their best. She came back after a several month gap and spent all this time healing and recuperating from her injury.

And J.J. Watt is right by her side, supporting and encouraging her. And, he makes it a point to attend as many of her games as possible.

So, don’t be surprised if you see Kealia Ohai back to her winning ways on the soccer field very soon!