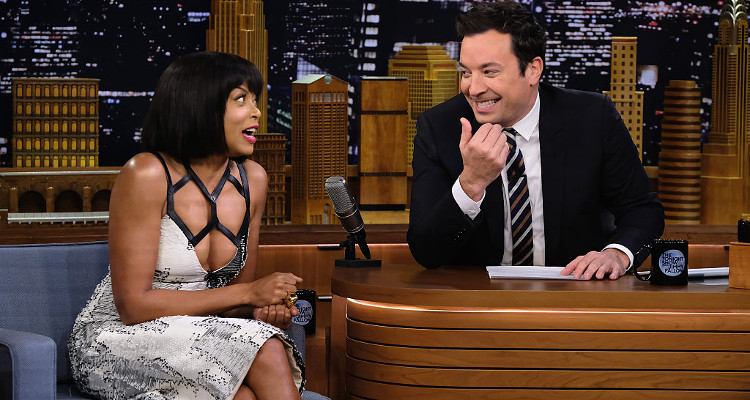 Jimmy Fallon is no stranger to fame. The late night host of The Tonight Show Starring Jimmy Fallon is one of the most well-known talk show hosts in America today, along with his peers like Jimmy Kimmel from Jimmy Kimmel Live! The 42-year-old comedian has become a household name, thanks to his successful run on the television sketch comedy show Saturday Night Live and subsequently, the face of The Tonight Show franchise. Here are five fun facts to know about the comedian, including Jimmy Fallon’s net worth and Jimmy Fallon’s wiki.

#1 He Considered Becoming a Priest before Discovering Comedy

Jimmy Fallon’s wiki page is pretty interesting. He was born to a Vietnam War veteran in New York and has Irish, German, and Norwegian ancestry! Fallon’s father was an IBM repairman and was overprotective towards Jimmy and his sister, Gloria. Fallon spent his idyllic childhood riding his bicycle in the backyard of his family home and attending a Roman Catholic school.

Believe it or not, Fallon initially considered becoming a priest before discovering his love for comedy! But, he soon became obsessed with Saturday Night Live, watching the sketch comedy show religiously, and even performed with friends and his sister. Labeled as the “class clown,” he graduated high school and enrolled at a college in New York to study Computer Science, but later changed his major to Communications. 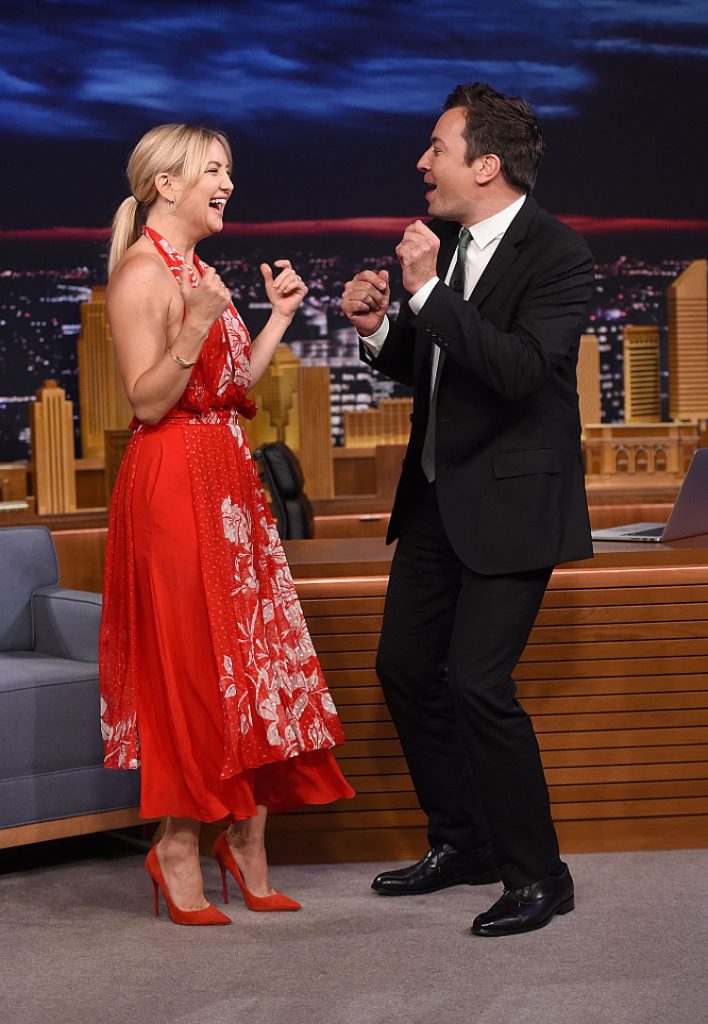 #2 He Dropped out of College to Become a Comedian

Fallon was an average student and performed stand-up gigs throughout his college years. However, he dropped out before completing his degree and pursued his love of comedy by moving to L.A. By the age of 21, Fallon had found himself a manager and received several bookings to perform. He continued with his stand-up, joining an improv comedy troupe called the Groundlings and made appearances in movies like The Scheme and Father’s Day.

#3 He Was Rejected by Saturday Night Live after His First Audition!

Despite all odds, Fallon remained steadfast in his hope of becoming a part of Saturday Night Live. Unfortunately, his first audition was unsuccessful, and he was rejected. However, Fallon didn’t let his failure stop him, and his manager continued sending videotapes to SNL producers. His efforts didn’t go in vain, and he was selected after his second SNL audition at the age of 23. Fallon quickly became a favorite among audiences due to his tendency to break character. 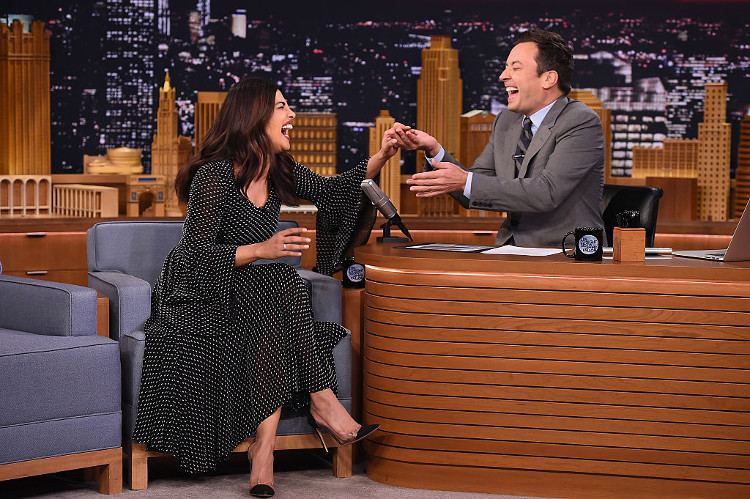 #4 His Film Career Was a Failure

After a few years at SNL, Fallon gained immense popularity and came to be considered quite charming and yes, was even considered to be a sex symbol! He decided to set his sights higher, and aimed for a career in Hollywood. By then, Fallon had modeled for Calvin Klein and his comedy album The Bathroom Wall had been nominated for a Grammy! He made his Hollywood debut with a French film remake called Taxi, which was a huge box-office disappointment.

Fallon ended his contract with SNL in hopes of launching a successful film career, but even his second film with Drew Barrymore titled Fever Pitch was a flop. After struggling for a few years, SNL creator Lorne Michaels suggested that Fallon was perfect to take over as the host of NBC’s Late Night. He went on to host the 2010 Primetime Emmy Awards earning a salary of $11.0 million, and in 2013, it was announced that Fallon would succeed Jay Leno as the host of The Tonight Show. 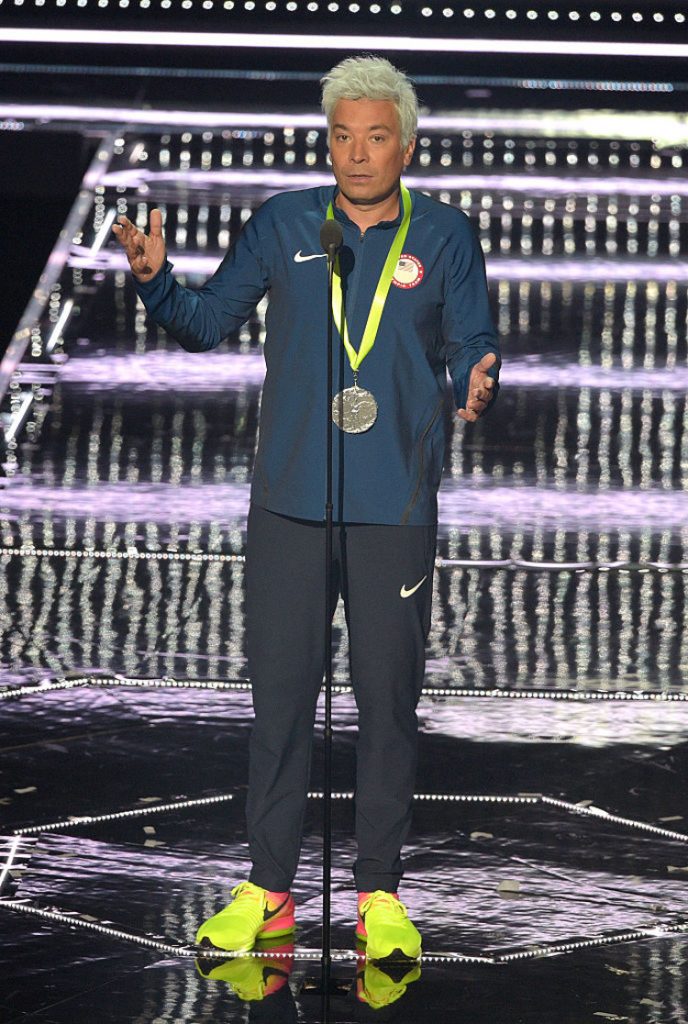 #5 He Is Happily Married with Two Daughters

Fallon has been happily married to film producer, Nancy Juvonen since 2007. The happy couple began dating after being introduced at a party thrown by actress Drew Barrymore, with whom Nancy co-owns a production company called Flower Films. They have two daughters; Winnie Rose (3) and Frances Cole (2), who were both born via surrogacy. As of 2016, Jimmy Fallon’s net worth is estimated to be a whopping $25.0 million! He earns an annual salary of $11.0 million as the host of The Tonight Show Starring Jimmy Fallon. He lives in a $1.5 million apartment with his family in New York and also owns a $5.7 million farmhouse in the Hamptons. Not too shabby for someone originally turned down by SNL!