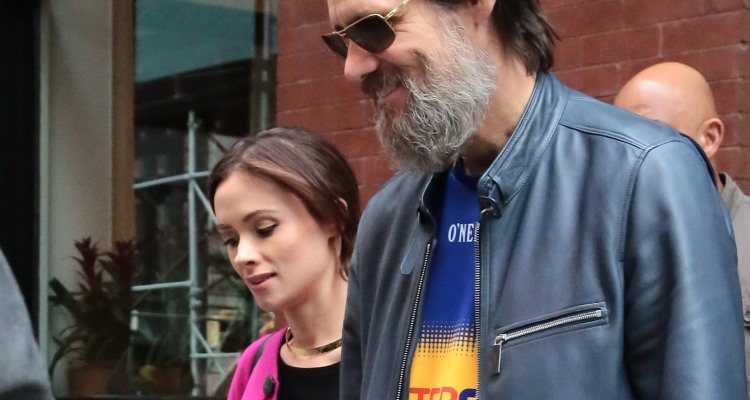 If you’re wondering why Jim Carrey and Cathriona White are in your news feeds and search engines lately, we have the answers you need. New details have surfaced regarding the death of Cathriona White (Carrey’s ex-girlfriend), which was ruled a suicide. This has prompted many to search for terms like “Cathriona White suicide note,” “Jim Carrey net worth,” and “Jim Carrey girlfriend death” in order to fill in the blanks. There has also been news revealing the Cathriona White autopsy report and how she died.

It was reported that Carrey, 53, and White, 28, met in 2012 and were in an on-again- off-again relationship for years until they broke up for good in 2015. Those searching for “Jim Carrey breakup” will find an array of news stories relating to the ordeal.

Who is Arthur King? The name is popping up everywhere relating to the story and with good reason. Arthur King and Jim Carrey are one and the same as Carrey uses the fake name on the label of his prescription drugs. The autopsy revealed that White had overdosed on drugs that were prescribed to Arthur King and were found on the end table by her bed where she was found.

White’s note read, “I’ve spent 3 days now in disbelief that you’re not here. I can go on brokenhearted and try to put the pieces back. I could, I just don’t have the will this time.” She goes on with, “I’m sorry you felt I wasn’t there for you. I tried to give you my best part.”

Who’s In the Note?

White’s note continues with, “I don’t really know about burial or that sort of thing. You are my family so whatever you choose will be fine.”

She added, “Please forgive me. I’m just not for this world.”

The note was in fact written to Carrey, and even though White wasn’t Jim Carrey’s wife, she considered him family and left him to make the final arrangements for her. Jim Carey’s breakup was civil and he gave a public statement regarding White’s suicide.

After hearing of White’s death, Carrey said he was “shocked and saddened.” He added, “She was a truly kind and delicate Irish flower, too sensitive for this soil, to whom loving and being loved was all that sparkled.”

This is not the first time White used prescription pills or painkillers to commit suicide. She tried to commit suicide back in 2012, and she died on the third anniversary of her father’s death.

Carrey served as one of the pallbearers at White’s funeral, which was held at Our Lady of Fatima Church in the village of Cappawhite in her homeland of Ireland.

If you think that you or someone you know needs help, please call the National Suicide Prevention Lifeline at 1-800-273-TALK (8255).