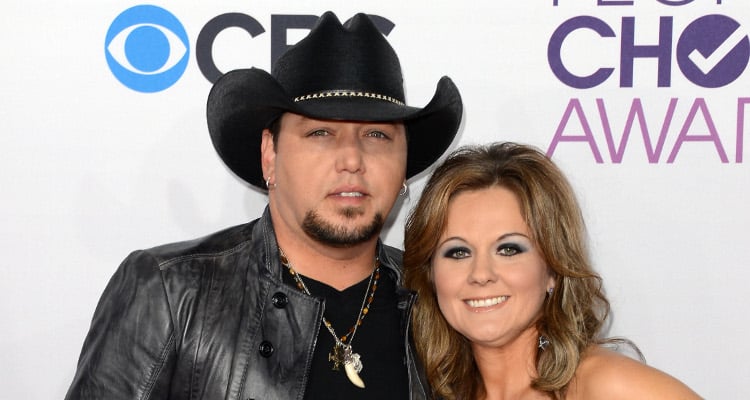 Country singer Jason Aldean is ready to welcome a new member into his family with Brittany Kerr. The couple is expecting their first baby together, later this year. The 40-year-old singer announced the exciting news on Twitter yesterday (May 8), via a cute picture with their dogs. But we wonder what Jason Aldean’s ex-wife, Jessica Ussery has to say about it.

Before Brittany Kerr, Jason Aldean was married to his high school sweetheart, Jessica Ussery. The couple have two daughters, Kendyl and Keeley. The singer’s 12-year marriage to Ussery ended after his reported infidelity. In 2013, after admitting to have cheated on Jessica Ussery with former American Idol contestant Brittany Kerr, the couple got divorced. Keep reading to learn more about Jason Aldean’s ex-wife.

Jessica Ussery was born on October 18, 1979, in Georgia. She first met Jason Aldean during high school when they both attended Macon, Georgia’s Windsor Academy, where Aldean was known as “Jason Aldine Williams.” Ussery and Aldean were high school sweethearts, before getting married on August 4, 2001.

The 37-year old has two daughters from her marriage with the country singer. Her eldest daughter Keeley was born in 2003 and their second daughter, Kendyl was born in 2007.

According to The Boot in 2011, Jason Aldean’s ex-wife would handle his finances and other business matters. They were a team, and the compassionate bond between them made things a lot easier.

Been hard to keep this secret but we couldnt be happier to add to our family. This year just gets better and better. #bunintheoven?? pic.twitter.com/QueUgvK3cC

However, things took an ugly turn when Aldean’s infidelity surfaced in 2012. Ussery tried to salvage her 12 years of marriage, but seven months after Aldean came clean about his infidelity, the couple separated.

Aldean filed for divorce on April 26, 2013, citing “irreconcilable differences.” However, she soon found love in Jake Marlin, an electric lineman and father of two, who Ussery married in Florida on October 17th, 2015.