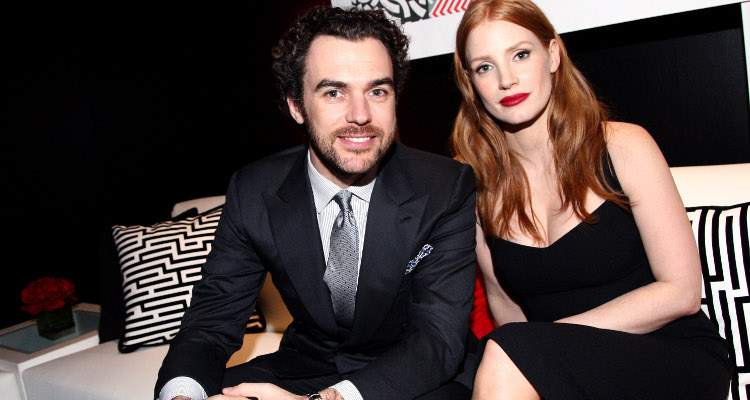 Jessica Chastain is preparing for the first awards night of 2018. She’s in the running for a Golden Globe for Best Actress for her latest crime drama flick, Molly’s Game. While the actress herself is a show-stealer, we’re turning the spotlight on Jessica Chastain’s husband, Gian Luca Passi de Preposulo.

Interstellar star, Jessica Chastain is very busy in 2018. She could be winning a Golden Globe for Best Actress on January 8, and she’s standing up to sexual harassment with the Time’s Up campaign. And all this with a handsome and supportive man by her side! Gian Luca Passi de Preposulo is the lucky guy who gets to call himself Jessica Chastain’s husband. Learn more about the actress’ Italian noble husband, right here in our Gian Luca Passi de Preposulo wiki!

When you’re the Jessica Chastain, you don’t settle for anything less than nobility. Italian-born Gian Luca Passi de Preposulo is actually a Count! The Passi de Preposulo family is originally from Bergamo, Lombardy in North Italy. Their history dates all the way back to the year 973.

The family settled in Bergamo where they became owners of the Villa Tiepolo Steps, which they inherited in the middle of the 1800s from the noble Valier family, who inherited it from the Tiepolo family during the Napoleonic era.

Not only has the family estate hosted several events culturally significant to Bergamo, the estate also manufactures its own Prosecco, called Prosecco di Villa Tiepolo Passi. Chastain and her noble husband tied the knot on this estate.

Though the Italian government no longer recognizes the aristocracy, the Passi de Preposulo family still maintain their title. That makes Gian Luca a Count and his A-list wife a Countess! But as Gian Luca would put it, “It’s not the title that’s important—you have to be a count inside yourself.”

Outside of his Italian nobility estate, Gian Luca has his own business. Chastain once proclaimed she’d never date an actor, and lucky for her, her husband isn’t one. But he is connected to the acting industry since he works in high fashion.

He currently works as an executive for Italian apparel brand, Moncler. He got his start at Armani where he was director of public relations after graduating from IULM University of Milan.

While working at Armani, he counted Roberta Armani as his mentor and hung out with Armani’s VIP clients like George Clooney, Katie Holmes, Leonardo DiCaprio, and Julia Roberts.

He Has a Cool Family History

Chastain is notoriously private and has a self-imposed rule of keeping her relationship out of the public eye as much as possible. Though she has, on occasion, gushed about her dreamy husband.

The 35-year-old is active on Instagram, though he tends to post more about artwork, vacations, and charities. Though they had a “level: royal” wedding on his family’s estate in June last year, they live in New York, where Chastain works.

Despite the lack of information on the Count, he does have a very interesting family history. In 1307, his ancestor, Ottopasso de Preposulo negotiated peace between the Guelph (supporters of the Pope) and Ghibelline (supporters of the Holy Roman Emperor) factions in Bergamo.

That earned him the title of peacemaker and they were known as Passi de Preposulo from that event. The name “Passi” comes from “pas,” which means peace. The family continues to promote Venetian architectural and artistic heritage today.