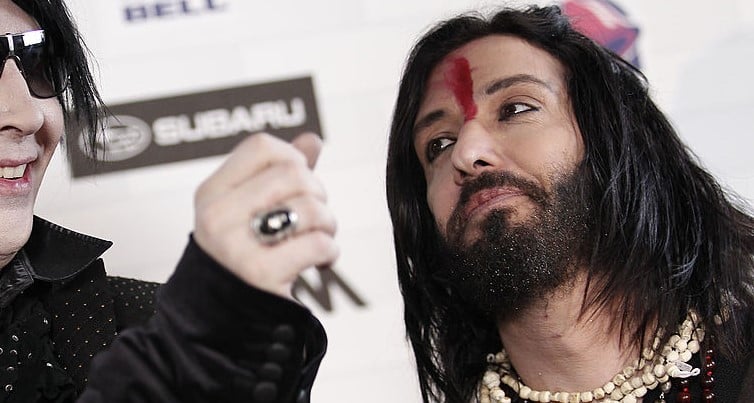 Marilyn Manson and Jeordie White (Twiggy Ramirez) are no longer working together, as Manson fired him from the band after rape allegations surfaced. To find out about the accusations against White, check out our Jeordie White wiki.

Industrial metal legend, Marilyn Manson split with his longtime bassist and guitarist, Jeordie White after he was accused of rape. On Twitter, Manson wrote, “I have decided to part ways with Jeordie White as a member of Marilyn Manson. He will be replaced for the upcoming tour. I wish him well.” He also took to Instagram, saying, “This is a sad day.” Jeordie White’s Instagram and Twitter accounts are currently private, so unless you are already following him, it is a mystery as to what his comments are on the subject on social media. He did, however, release a statement, writing, “I wish to spend this time with my family and focus on maintaining my several years of sobriety. I will be taking a leave of absence from Marilyn Manson and regrettably will not be performing on the upcoming tour.”

It all started when Jessicka Addams, singer of punk rock band Jack Off Jill, accused him of raping and abusing her in an October 20th post on Facebook. “I have lived with the overwhelming shame and guilt of being raped for well over 20 years now. Like many survivors, I unknowingly hid an abusive relationship in a most unhealthy way, masking it behind a fun loving, creatively artistic facade I struggled to wear on the outside world,” she wrote. “I did not want him to own the power I assumed was his in every unwarranted encounter, so I eventually compartmentalized the recurring nightmares of running into my rapist, Jeordie White.”

In her lengthy and well thought-out post she explained her relationship with White, including his abusive and manipulative behaviors. “Not only did he abuse me, but he also managed to unapologetically take an identity that I created for myself, and run with this as his own.” She also shared her support for women who have experienced similar things. “To those of you who are reading this and it has allowed you to come to terms with your demons, I am sending you all of the love in my heart, the support I can offer, and the respect you all so deserve.”

Jeordie White’s net worth has not been released, but his former bandmate Marilyn Manson has a net worth of $25.0 million. Born June 20, 1971 as Jeordie Osbourne White, the professional musician was born in Fort Lauderdale, Florida, and began playing bass for thrash metal band Amboog-a-Lard. Since 1993, he joined Marilyn Manson and played with them until 2002, before moving to A Perfect Circle. He then played with Nine Inch Nails and Goon Moon in 2005. He rejoined Manson in January 2008, after guitarist Tim Skold left the band. His stage names are Twiggy Lawson and Richard Ramirez, but with the recent allegations against him, it’s unclear what direction his career will go.
Jeordie White’s wife is Laney Chantal (Alaina Chantal Parkhurst) and the couple have been married for over three years. She’s a professional makeup artist and designer but specializes in horror, entertainment, and has spent time modeling for the Suicide Girls. To see their wedding day, check out the video below.