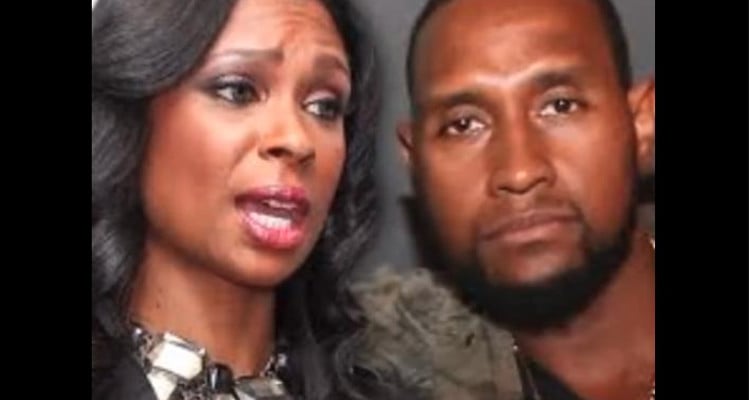 Basketball Wives star, Jennifer Williams requested a restraining order against her ex-boyfriend, Tim Norman. The reality star claims he is abusive and wants help from the justice system. We have more details about the case, and how Tim Norman’s his net worth of approximately $500,000 was earned.

Jennifer Williams and Tim Norman seem to have a very volatile relationship. The couple’s fights have become very public, and each one has laid serious accusations against the other. Read more about their troubles, right here in our Tim Norman wiki.

Who Is Tim Norman?

Tim Norman was born on July 13, 1979, and was raised in Missouri, making his age 38. His mom is Robbie Montgomery, a former Ikettes member who now stars in Welcome to Sweetie Pie’s, showcasing her chain of soul food restaurants.

His father’s troubled past affect Norman, who was in prison for over 10 years on charges of armed robbery. But he said it was a learning experience. After his release, he got involved in his mother’s restaurant business, and learned as much as he could.

The Oprah Winfrey Network then gave him and his family their big break by giving them a TV show.

What Happened between Jennifer and Tim?

Before she was a reality star, Williams was a real estate broker. Her net worth is currently estimated at $25.0 million. The couple met through a mutual friend, at a time when Williams was not looking for a relationship.

She called him her “ray of light” at a time when she really needed it.

But the relationship took a turn and things turned sour between the couple. Their arguments turned to fights, and some sources claim that infidelity was a factor.

Williams was successful in getting a restraining order against Norman, after claims that he was “violent and threatening.”

She went to court with a witness, fellow Basketball Wives star Evelyn Lozada, who said Williams called her saying she was scared of Norman.

Who Is Tim Norman Engaged To?

Tim Norman is engaged to a woman named Janae, with whom he has a child. His proposal was shown on OWN’s Sweetie Pie’s, as Norman dressed up, and came out with a bouquet and his mother’s ring in his hand, while Janae was working at the restaurant.

As he sang for her and got down on one knee, neither she nor everyone around could hold back tears.

What the clip from the episode here:

Norman is not a very frequent Instagram user, but he does have over 300K followers on the app. His account is riddled with snippets of his TV show, and promotes his family’s restaurant.

Take a look at some of Tim Norman’s pics on Instagram:

#tbt In the beginning you couldn’t tell me or my hands a thing . I was 18 behind The Walls (J.C.C.C)one of the most dangerous prisons in American History .With every year came a lot of growth and a little more patience …I learned from every person I encountered more good than bad.We always thought about running for that wall and our dreams but few tried.We all dreamed of the streets and freedom, but none of us actually believed we’d make it out.some did … most didn’t… I didn’t run for that wall then… but im running for it now and I’m gonna keep running for those who can’t run with me. You never know what can happen or where you might end up.#mightaswelltry #20yearsago #ilovedthatjersey #alwaysremember #dreams #rip Reggie Caine El. #@lilmikestrothers @deandreBarnes-bey

#Options……#Decisions….. #LEVELS…… I use to look up at fireworks from the cell block and feel blessed just to be in a cell with a view… Appreciate the Lil shit.. Happy 4th…