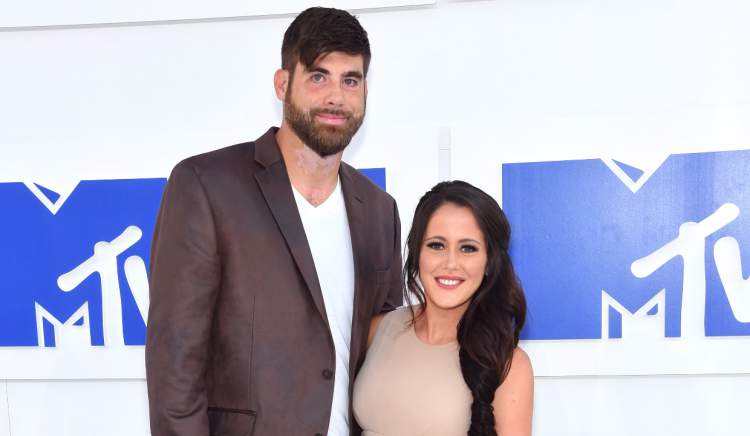 Jenelle Evans’ husband, David Eason, was fired after making headlines with his recent offensive tweets. The couple has been polarizing the Internet for a while now, but Eason recently invited backlash from the Twitterverse—and it wasn’t pretty.

It looks like Jenelle Evans will star solo on Teen Mom 2 for now. MTV has cut ties with her husband, David Eason, after he posted some disagreeable tweets. But Evans is sticking by her husband and it appears the author will go on with the MTV show without him.

Find out why Jenelle Evan’s husband was fired, along with details from David Eason’s wiki.

Who Is David Eason?

Born on June 23, 1988, David Eason’s job was a pipe welder before his reality TV debut.

David Eason met Jenelle Evans via Tinder. The couple got engaged in February 2017 and were married in September.

Eason and Evans’ relationship has been depicted as being quite contentious on the show. However, they claim that MTV makes their relationship look worse than it actually is.

If you don’t remember, Evans famously got in the face of the Teen Mom crew right before her wedding. She was upset at the way their relationship was portrayed and even threatened to quit the show.

Jenelle Evans and David Eason are parents to an adorable little girl named Ensley Jolie Eason. She was born in January 2017, just weeks before her parents got engaged.

Both Eason and Evans are experienced parents. He has two kids from his previous relationships—a daughter named Maryssa Rose Eason and a son named Kaden David Eason.

Evans starred in 16 and Pregnant with her eldest son, Jace Vahn Evans, whom she had with a man named Andrew Lewis. She later dated Nathan Griffith, who appeared on Teen Mom with her. Their son, Kaiser Orion Griffith, was born in 2014.

The 29-year-old allegedly posted homophobic tweets last week, which didn’t sit well with many. After David Eason’s Twitter backlash, he deleted the tweets, along with his account. But the damage was already done.

A Twitter user suggested to the reality TV couple that they limit their children’s exposure to weapons in the aftermath of the Florida shooting. But Eason fired back at the user in a series of tweets:

“And just what makes you think you have the right to tell me how to be a parent?” Eason said in the tweet. “Because you think you know me? LMAO why don’t you go tell the homo and transgender parents to start teaching their kids better morals? Oh I forgot, that’s supposed to be normal.”

SEE PICS..im BOUTA RANT!.. MTV ENOUGH!! ??? so after the school massacre, Jenelle and her new felon husband DAVID EASON post a picture of her with the same type of gun that just murdered SCHOOL children. Then HE goes on a homophobic rant unlike any I've ever read, then JANELLE DEFENDS HIM… SHE goes on to say she was doing drugs while pregnant LAST YEAR TOO…I thought MTV Teen Mom was about to be struggles of young girls dealing with pregnancy. Well they are no longer young girls they are rich and don't have to work. Time to fire this bitch and her piece of shit husband. Time to turn this shit off and get a new cast of 15 year old children with real struggles. @mtv #parklandflorida @realjeremycalvert # @leahdawn92mtv #davideason @mtv @teen_mom_og @chelseahouska @coledeboer #teenmomog @tylerbaltierramtv @farrah__abraham #farrahabraham #teenmom2 #Teenmom #MtvTeenmom #liar #amberportwood @realamberlportwood1__ #backdoorteenmom @kaillowry #prayforflorida # serialkiller#bondhearing #ParklandFlorida #NikolasCruz #prayforflorida #marjorystonemandouglas #pray #guns #protectourkids #Stoptheshootings #Browardcounty #Handguns #Ak47 #massmurderer

Another Twitter user chimed in, asking Eason if he’s going to teach his children to hate the LGBTQ community. To that, he answered, “No, I’m going to teach them not to associate with them or be that way…if you lay down with dogs you get up with fleas.” Ouch!

The uproar was swift. Eason’s homophobic tweets led to fans of Teen Mom to urge MTV to remove both Eason and Evans from the show.

According to reports, even Evans’ co-star, Kailyn Lowry, wants them out of the show.

MTV apparently heeded fans’ demands and fired Eason. They released a statement on the official Teen Mom Twitter handle confirming that they were cutting ties with him.

Meanwhile, the reality star defended her husband and said, “David didn’t understand how offensive people would get or how Twitter even works. Now that he realizes his voice is very strong within media/tabloids he has deactivated his account. He agrees he will keep his comments to himself from now on. [sic]”

Jenelle Evans explained, “David doesn’t hate people from the LGBT community. My old manager was gay and used to be one of me and Davids close friends. We attended Farrah [Abraham]’s birthday in Miami with a lot of LGBT people there and he didn’t act in any type of way. We went had a good time and left. We are sorry for the comments that were made. [sic]”