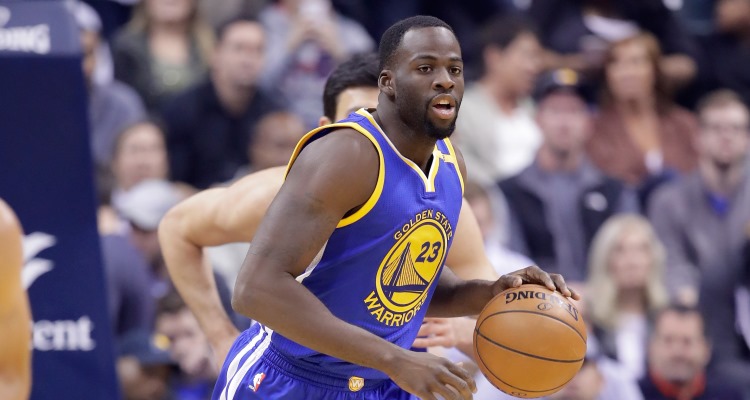 Draymond Green’s performance on the basketball court is nothing short of amazing. The young Golden State Warriors forward has gained all-star status, while collecting a big paycheck in the process. However, he’s also gaining some excitement thanks to Draymond Green’s girlfriend, Jelissa Hardy, especially since they both became parents to a new baby recently!

As followers of sports have seen, the pairing of Golden State Warriors’ forward, Draymond Green and former model, Jelissa Hardy has ignited all kinds of news on social media. Recently, the two welcomed their first child together, son Draymond Jamal Green Jr., making Green a father for the first time! As it would happen, Hardy has been dubbed both “Draymond Green’s Baby Mama” and even “Draymond Green’s wife” in the process. But the truth is, many don’t know that much about Jelissa Hardy or her background. On that, here are some interesting facts about the potential new Mrs. Draymond Green!

She used to be a model—By all accounts, Jelissa Hardy was a model with Model Mayhem from 2009 to approximately 2013. She utilized social media outlets to promote herself and sought to get the most diverse portfolio she could. However, as it appears, she’s since put her modeling career aside.

She’s no stranger to basketball—Back in her secondary school days, Hardy was an athlete herself, interested predominantly in basketball and running. However, she incurred an injury and didn’t pursue these sports past her high school days.

She stands by her man—Well, at least at contract signings! Thanks to his previous seasons’ performances with the Golden States Warriors, Draymond Green recently signed a contract valued at $82 million, a whopping amount for a modern NBA player. The signing was covered in depth by the Associate Press and showed Green, his mother Mary Babers Green, his agent, best friend and Hardy, all rejoicing in Green’s new accomplishment.

She’s not a new mom—Draymond Green’s baby is not Jelissa Hardy’s first. At age 20 and while a student at Michigan State University, Hardy gave birth to a daughter Kyla, now aged 8. Kyla has been featured prominently on Hardy’s social media outlets through her photos. No mention of Kyla’s father has been made. Hardy completed her studies as a single mother, graduating from MSU with a bachelor’s degree in English.

She’s a trainer—While she is no longer a model, Hardy manages to stay in model-like shape via her current job. She’s a personal trainer at Jamz Trainings, located in Oakland, California, where she provides hardcore, bootcamp-like workouts for her clients.

Also of note, Hardy has notable family members. Her sister Nicquel Terry works as a journalist for the Detroit News.