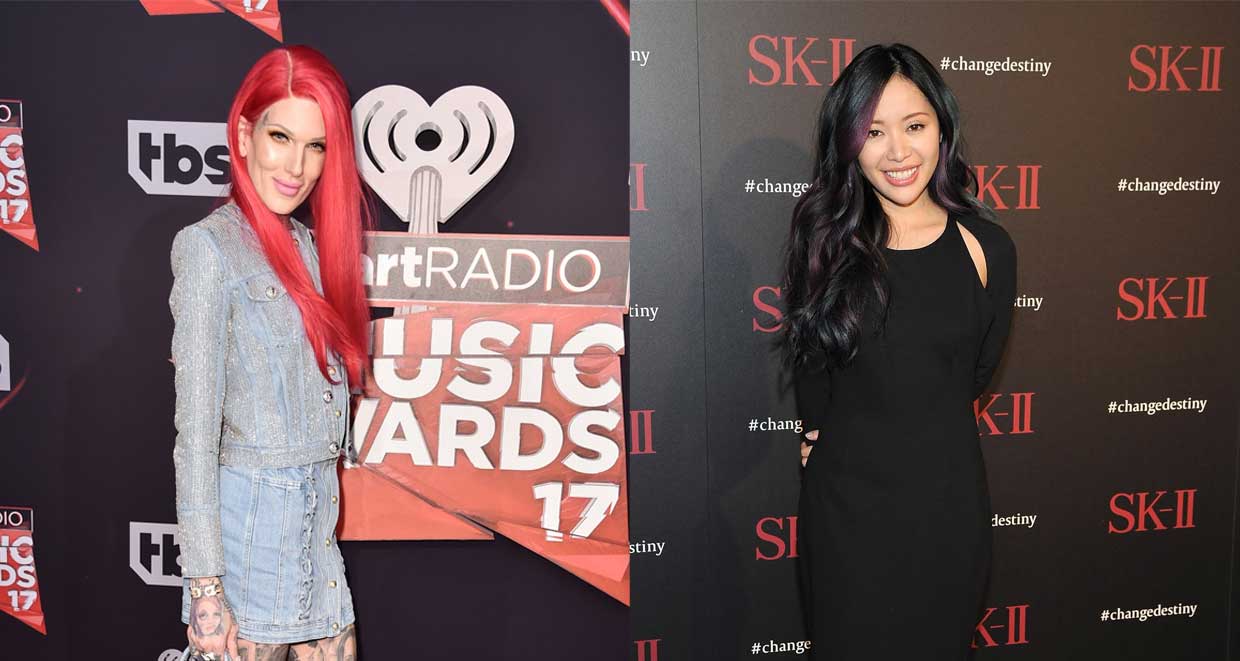 Jeffree Star has finally accomplished what only one other YouTube vlogger could achieve until now. His channel crossed over 1 billion views! All this was possible with the help of fellow YouTube vlogger, Shane Dawson. To celebrate the moment, Jeffree Star took to Twitter and shared the happy news with everybody.

Shane Dawson recently started this YouTube vlog, “The Secret World of Jeffree Star.” So far, three videos have been uploaded, which show a completely different side of makeup artist Jeffree Star.

In fact, many viewers who disliked Star started liking him after watching the documentary. It has been such a major hit that all three videos have crossed over 10 million viewers.

The makeup artist has been gaining more popularity on social media. Jeffree Star’s YouTube channel recently hit over 1 billion overall views! He is the second one to achieve this success and he posted a comment about it on Twitter. 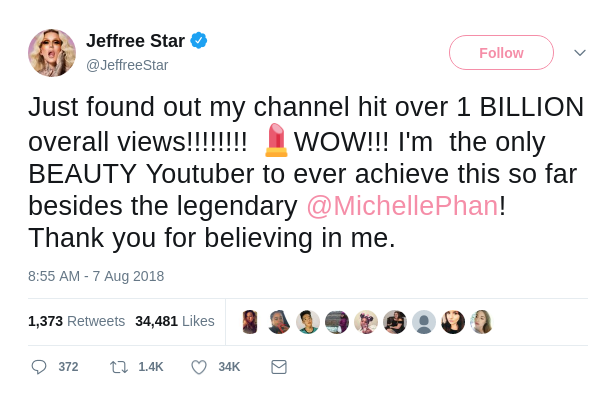 The first person who ever received such success was YouTuber Michelle Phan. However, is not active on YouTube anymore.

In fact, Phan also congratulated Star by tweeting the following: 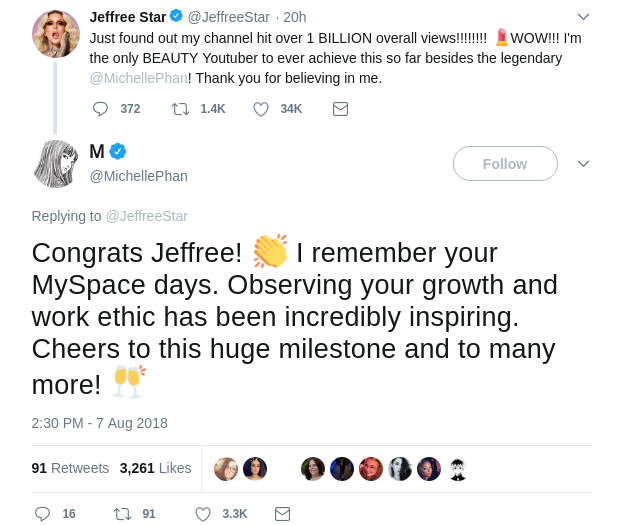 The tweet has gone viral and many people are asking them to collaborate together as Phan was also a famous makeup vlogger on YouTube.

The fourth part of “The Secret Life of Jeffree Star” will be up anytime soon, and fans are excited to watch it.

Also Read: How Did Jeffree Star Get Rich?