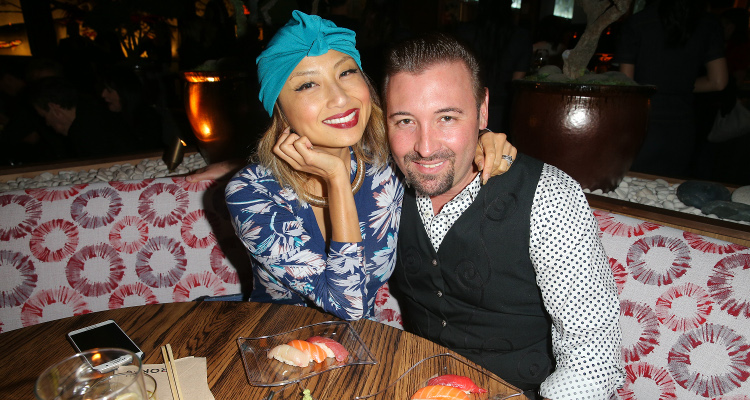 Jeannie Mai became famous with shows like How Do I Look?, Character Fantasy, Steampunk’d, and The Real, earning a net worth of $1.0 million. After being open about the struggles of her marriage, she announced that she has separated from her husband, Freddy Harteis.

The rustic-meets-luxe couple is breaking up! Jeannie Mai broke down talking about her divorce from husband, Freddy Harteis on The Real. Very few might know Jeannie Mai’s now ex-husband, but he’s a TV personality, too. Their marital troubles have been in the media before, but their divorce came out of the blue. Find out about their split and more in our Freddy Harteis wiki.

#1 He Spends His Time Outdoors

Harteis is a “passionate outdoorsman” who built his fame as a big game hunter on TV. He is the owner of Harteis Ranch in Colorado, and splits his time between his workplace and Mai’s in Los Angeles.

Freddy has a lot of experience in hunting and he’s traveled to the wildest remote corners of the world. The extremely skilled archer has taken down game with just his stick and string.

One of his fondest memories was the last hunt he had with his late father in 2013. “Hunting was not a sport; it was our way of life. I thank God for the years my dad had given me and want others to cherish their time with family as well,” said Harteis.

The best views come from the hardest climbs. It’s time for a new perspective.

#2 He has a Hunting TV Show

The owner of Harteis ranch hosts The Hollywood Hunter on the Sportsman Channel, where guests visit his ranch and get a taste of the wild. His aim is to show a side of the hunting community no one knows, and show city dwellers the good that hunters do.

He’s also a producer on the show which has gone on for over seven years. As a producer, he intends to continue making The Hollywood Hunter and show those who lack understanding and acceptance of hunting the beauty of the wild.

His net worth hasn’t been calculated, but it certainly can’t be small. While his soon-to-be ex-wife, Jeannie Mai’s net worth is estimated at $1.0 million.

Back in Colorado running a few errands and settled up in Aguilar for the night with my great friend and awesome guide Daniel Borrego owner of Trujillo Creek Outfitters. Time to pursue some speed goats!!! @bigrstores @skbcases @thehollywoodhunter @ambushblinds

When he’s not trudging outdoors, Harteis spends his time doing good and contributing his bit to the outdoor industry. He has long been associated with nonprofits like the American Heart Association, Fathers in the Field, and The Way Outfitters. He also runs his own organization, the Big Fred Tribute / Bird Hunt & Auctions, where he spends time with wounded vets and terminally ill kids.

He collaborates with the Physically Challenged Bowhunters of America to spread awareness about treestand safety. He met several hunters paralyzed from falling from the treestands which inspired him to make the safety of his guests at the ranch his top priority. Harteis is also a conservationist and tries to do his part in preserving nature.

Words can not justify this view we are fortunate enough to enjoy right now. A blessing to be here glassing for elk with my great buddy @kellerbb – we’re gonna getter done TONIGHT!!! #harteisranch #beautiful #view #scouting #hunting #savagearms #rifleseason #hollywoodhunter

#4 He Owns a Lavish Home

Since he splits his time between Colorado and L.A., he bought a lavish home which he shared with Mai. And these two polar opposites made sure both their tastes reflected in their home.

The 2400 sq.ft. home attracted the couple for its cabin-style look with its wooden paneling and dark kitchen cabinets. The ceiling had bird cages repurposed as chandeliers. While Mai’s office room was decorated in a contemporary style, Harteis’ beloved sitting room was adorned with animal heads from his hunting trips.

When he’s in California, Harteis said he and Mai loved hitting all the newly opened food joints around, adding that his favorite food is Vietnamese Pho.

#5 Their Marriage was on the Rocks

After 10 years of marriage, Harteis and Mai are calling it quits. According to sources, they are “amicably divorcing” but some say they saw it coming. Mai has been open about the ups and downs they have gone through since getting married in 2007. In an episode of The Real, she tearfully spoke about the disagreements they had about having children.

“Before we got married, I was very clear about the fact that I probably would not have kids, just because I’ve never felt that,” said the host. “And now, getting older, he definitely seems like he wants kids, and he actually came out and said that he wants children.” Further expressing her dilemma, she said “you don’t have a child to save your marriage.”

Last year, the show’s viewers noticed she wasn’t wearing her wedding ring and speculated trouble in paradise. But she said that she only lost her ring on a trip to Vietnam. The 38-year-old confessed she considered freezing her eggs so as to not rule out having kids in the future.

They tried to keep their long-distance marriage alive amid busy schedules until they decide to go their separate ways. Following the announcement of their divorce, she broke down on TV speaking to her co-hosts and viewers. She called Harteis “the best man I know. I married him because he’s like my dad; very loyal, very compassionate, so funny…an awesome guy.” She further explained there was no cheating or infidelity behind their separation.

Watch Jeannie Mai talk about her divorce from Freddy Harteis below.

Today in #GirlChatLive, Jeannie opens up about her divorce. pic.twitter.com/PyKTadbTRq