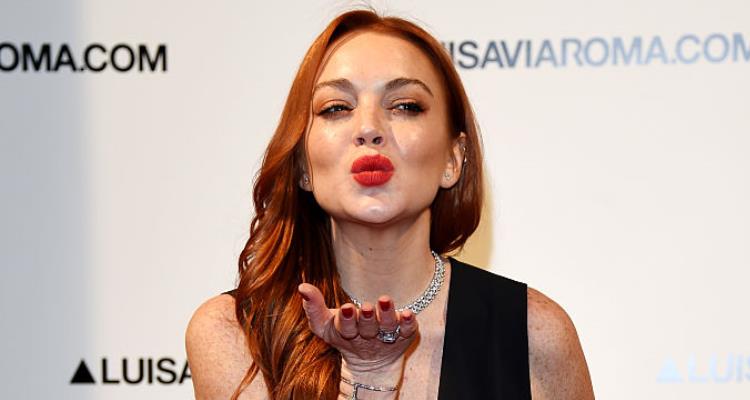 It’s been a while since the world took an interest in a possible boyfriend of Lindsay Lohan. But to be fair, in terms of celebrity gossip, LiLo hasn’t really been around much. We haven’t seen a film from her since 2013’s The Canyon, which, due to a limited release, many did not even know about. But Lohan has stepped into the gossip ring again and this time she’s brought an international heavyweight with her. (And we mean that in every sense of the word.) His name is Je-Yong Ha and he is just a mountain of a man! But who is he? In this Je-Young Ha wiki, we’ll try and get to the bottom of this story. We’ll look at Ha’s life and if there’s any truth to Je-Young Ha being Lindsay Lohan’s boyfriend.

To Lohan’s credit, it seems like she’s managed to gain control of her life and the antics of the past that we’d normally write about have disappeared. But fans are abuzz with speculation since she’s been spotted hanging around Ha, and he’s littered his Instagram with photos and videos of them together. So, just who is this “Korean Hulk?” Read on to find out!

Je-Yong Ha better known as the “Korean Hulk,” is a Korean bodybuilder and arm wrestler. In terms of his personal life, we don’t know a heck of a lot about him. Despite his size and occupation, Ha isn’t exactly a household name in his native Korea, but here’s what we do know. Je-Yong Ha’s age is 29 years old. He stands approximately 5’4″ which in an interesting coincidence, is the same height as Lohan. According to his professional arm wrestling stats, Ha weighs 242.5 lbs or approximately two Lindsay Lohan’s. His biceps are a massive 22 inches! According to our research, Ha currently lives in Russia, which Lohan has a number of connections to due to her ex-fiance.

While there are stories out there that Je-Yong Ha is a Korean billionaire, they appear to be greatly exaggerated. We think Je-Yong Ha’s wealth is probably substantial, as proven by his Instagram posts, the guy likes to live luxuriously! So, he must have the funds to do so. But even in terms of arm wrestling, he’s only ranked 9th in his home country. He’s also a bodybuilder but his world ranking isn’t that high as of yet. We do know that he is a spokesperson for a company called Mate M Box, which apparently runs private karaoke rooms. He does promotional work for them and appears for the company at events, even arm wrestling customers for prize money. Apparently, you may be able to win around $1000 (US) if you are able to defeat him! Ha also maintains a presence on various social media channels, which we think is where the story about Lindsay Lohan and Je-Yong Ha originated.

Are Lindsay Lohan and Je-Young Ha dating? In our professional opinions, we don’t think so and it has not been confirmed, in fact, just the opposite. Rumors of the two dating seem to originate from Lohan appearing with Ha in a number of photos and videos on Ha’s Instagram. As these photos are taking from everywhere from Russia to Greece to Dubai, one might think that the two were traveling together. A rookie gossip monger mistake. One, those are the places that all the cool kids with money (or the cools kids that want you to think they have money) go. Secondly and most importantly, all of these pictures with Lohan appear on his Instagram, not Lohan’s! On Lohan’s Instagram, Ha is persona non grata. And look at the size of the dude, he’s really hard to miss in a photo! Our best guess? They’re just friends who hang out in similar social circles. Or maybe Ha is more into Lohan that she is actually into him. The two look like besties, so is it possible Ha just got friend-zoned?

But hey, we could be wrong. According to Lohan, she doesn’t really have a type. She’s dated men and women of all shapes and sizes, the “Korean Hulk” really isn’t that out of place. Until we hear confirmation fromv LiLo herself, we are filing this one into the rumor pile!