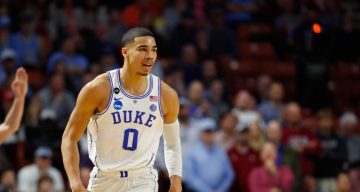 There’s a new name on the NBA court that everyone seems to be buzzing about leading many to learn more about him, including information on the lovely lady by his side! Boston Celtics’ Jayson Tatum is reportedly dating Samie Amos, but apparently, there is a lot of controversy surrounding their relationship.

Samie Amos has become a well-known name in the world of sports since being linked with Boston Celtics small forward, Jayson Tatum.

They have reportedly been dating for a few months now. Like her boyfriend, Amos also carved a path for herself in the sports industry.

Who Is Samantha Taylor Amos?

Born on September 26, 1997, in Pittsburgh, Pennsylvania, Samantha Taylor Amos’ age is 20. She stands tall at 6’2”, and currently attends Duke University, where she plays volleyball.

Amos graduated from Upper St. Clair High School in her hometown. While in high school, she accomplished a lot! She already has a number of notable accomplishments under her belt, including:

For seven years, Amos played with the Renaissance Volleyball Club, and she qualified for nationals during five of those years. In 2016, she enrolled at Duke University, and is currently a junior. During her freshman year, she started in 17 games on the volleyball team. According to her Facebook profile, Amos is fluent in Hebrew, English, and Spanish.

Amos is the daughter of Bryan and Jodi Amos and has a younger sister, Alex. She also seems to be born into a family of athletes. Bryan Amos lettered in Pittsburgh football in 1985. Like her sister, Alex is a volleyball star, too.

Alex also graduated from Upper St. Clair High School and will be attending Duke University during the summer 2018 session. On Facebook, she lists that she started dating Jack Reese in 2015.

As for her mother? Jodi Amos is from Pittsburgh, Pennsylvania. She completed her MBA from the University of Pittsburgh, and currently works with Commonwealth Advisory Group.

Before she started dating Tatum, Amos was in a relationship with Jaysen Zaleski. The former couple still has pictures together on Amos’ Facebook page.

When rumors of Amos and Tatum dating began, it was suggested that the basketball player was dating two girls at once! He was rumored to be in a relationship with his high school girlfriend, Toriah Lachell, who later gave birth to their son, Jayson Junior.

A month after Jayson Junior was born, Tatum shared a picture of his newborn on Instagram but did not mention details about his relationship status.

However, there are rumors suggesting that Tatum broke up with a pregnant Lachell to date Amos. Despite the rumors, Lachell commented that their relationship ended before she learned of her pregnancy. Though Amos and Tatum have not yet confirmed their relationship, they posted a picture together in October 2017 and fans are pretty confident that the two are now a thing.

Amos had an impressive list of scholarship offers to choose from, which included Penn State, Nebraska, and Stanford.

For her, the decision came down to either Penn State or Duke. Amos explained that though Penn State has a really good volleyball team, she chose Duke because she was confident that it was the best school for her. 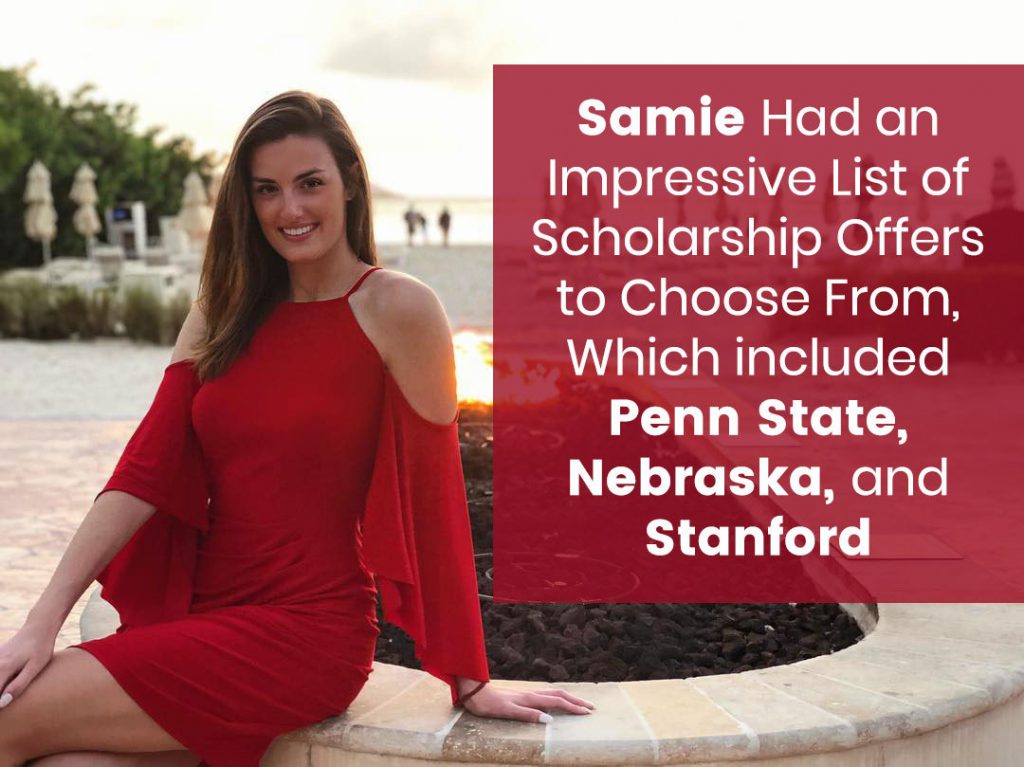 Though she committed to Duke halfway through high school, Amos once admitted, “I didn’t imagine committing to a school this early on.”

She added, “But I really loved the coaches and the campus at Duke. They just blew me away as soon as I got there.”