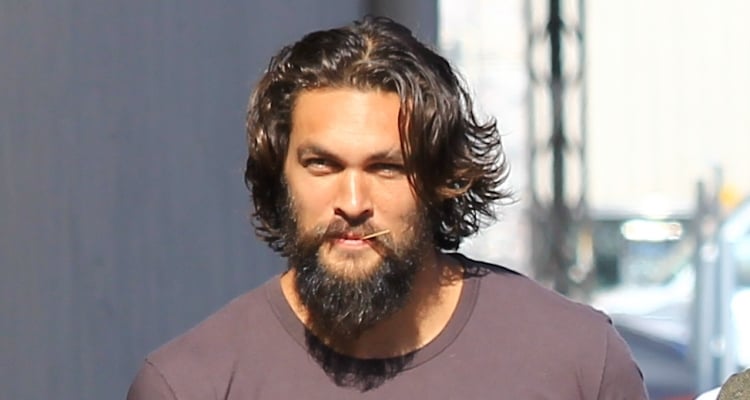 In case you forgot—today is Jason Momoa’s birthday! Avid Game of Thrones fans know him best as the deceased Dothraki warrior, Khal Drogo, but he’s been on the scene for years. We will explore everything from Jason Momoa’s wife to Jason Momoa’s movies. So, in honor of the actor’s 37th birthday, here is your Jason Momoa wiki.

Coni, who was a single mother throughout Momoa’s childhood, raised Jason to be the man he is today, and he hasn’t forgotten that. Though Jason may play the ruthless warrior, Khal Drogo on Game of Thrones, he’s actually vey loving to his mother and family. He has been seen taking Coni as his date on many of his red carpet appearances and left her a touching letter on his Instagram for her birthday.

Fans will be happy to know that Momoa will be back to reprise his role as Aquaman in the new Justic League movie, slated for 2017. Many will remember Momoa’s cameo in this year’s DC blockbuster Batman vs. Superman, and now we get a chance to see more of him as he joins the ranks of the Justice League. San Diego Comic Con released the trailer recently, showing Momoa’s character (Arthur Curry/Aquaman) being recruited by Ben Affleck’s Bruce Wayne. Their first encounter wasn’t the warmest but something tells us Aquaman will come around.

Not only is Momoa reprising his role as the Atlantian ruler who can control sea creatures and water, a writer has just been chosen for the script of his own stand-alone Aquaman movie, according to Just Jared. It looks like Jason Momoa’s net worth of $4.0 million is about to increase.

It looks like Momoa was born to be in the water because many of Jason Momoa’s movies involve him being shirtless and wet at some point -not that we’re complaining! Many don’t remember this, but Momoa had a role in Baywatch: Hawaii back in 1999 until 2001.

Jason Momoa’s family is the most important thing to him and he can be caught expressing how much he loves them at one point or another. He dated Lisa Bonet in 2005 and married her in 2007. They have two kids together who are only 17 months apart: a 9-year-old daughter, Lola Iolani and 7-year-old son, Nakao-Wolf Manakauapo Namakaeha Momoa.