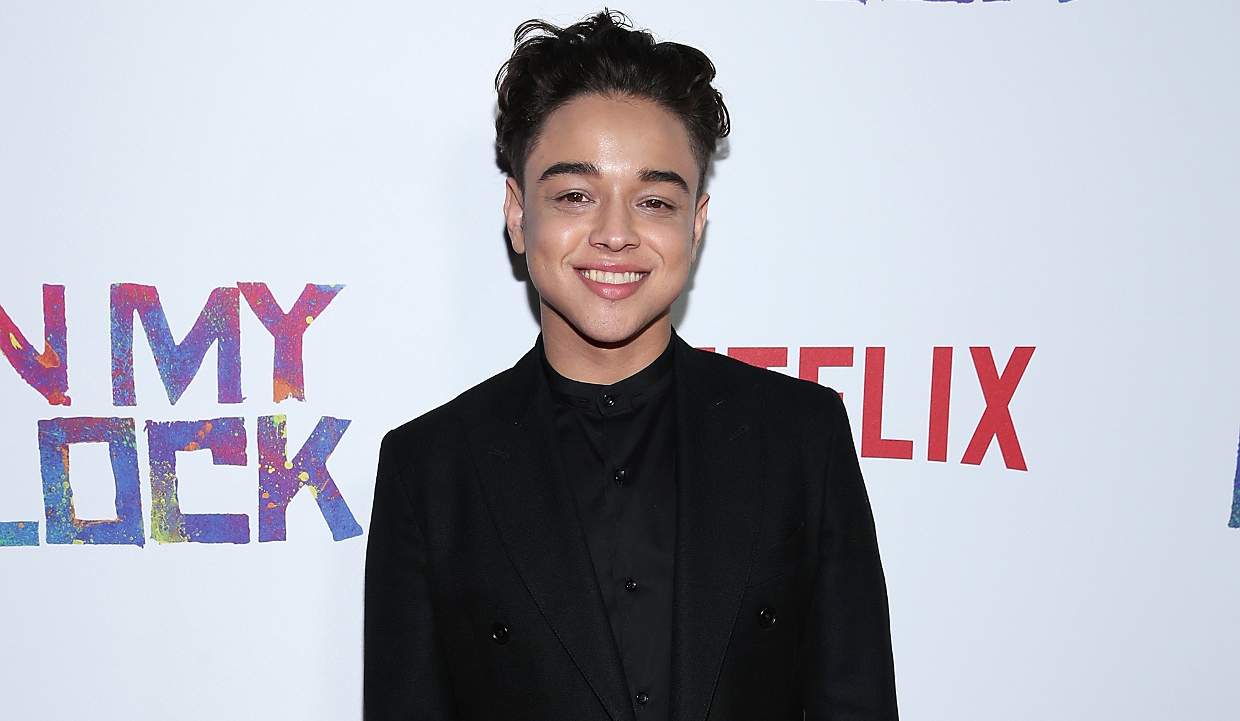 There’s another TV series to add to your binge-watch list! On Friday (March 16), Netflix released a new series, On My Block, which is about four friends and their friendship as they embark on their high school journey. One of the cast members of the show that has made everyone crazy with his acting and looks is Jason Genao. If you are dying to know about him after watching the series, then keep on reading!

Instead of grabbing a tub of popcorn get a four-course meal ready, because once you start watching On My Block, you will be binge-watching it until the end! The latest show’s trailer looks promising and what is more enticing is the fact that the show consists of actors with different races.

Netflix’s On My Block is a TV show started by Jeremy Haft, Lauren Iungerich, and Eddie Gonzalez. The first season, which has 10 episodes, premiered on Friday, March 16, 2018.

The show is all about four friends who reside in a dangerous inner-city of a Los Angeles neighborhood. Their friendship goes through a lot of ups and downs as they start high school.

After the release of the first season, On My Block received positive reviews for the diverse cast, story, and especially the performances of the aspiring actors in the show.

Who Is Jason Genao?

Jason Genao’s age is still a topic up for discussion. But according to sources, he is 20 years old and graduated from Dickinson High School.

Genao is Dominican but lives in New Jersey. He claims that he has a massive family with over 200 uncles, aunts, and cousins from his mom and dad’s side.

From a very young age, Genao was inclined towards acting but never really explored options to pursue his dream. He felt his dream of becoming an actor were unreachable and he gave it up for a while.

However, things changed after Genao watched the French movie, La Vie en Rose, which reignited his passion for acting. When he was preparing for his junior year of high school, he decided to sign up for the cheapest summer acting program with the money he had saved. His father and brother also supported him financially and emotionally to make his dreams come true.

Genao claims that his friends and teachers at his high school always supported and encouraged him to go after his dreams.

His Role in the Show

In the series, On My Block, Genao plays the character of Ruby Martinez, a 14-year-old math genius of Mexican heritage, who was raised in South Central Los Angeles. His role in the series is such that he can easily talk himself out or get into a situation accidentally.

Ruby is also considered as a “ladies man,” who finally gets the chance to woo a family friend when she moves in after her family gets deported.

Genao’s first break came when he was in high school and was cast in HBO’s The Get Down. He claims that he was so busy with the shoot and everything that he missed graduation practice and almost missed his graduation altogether.

Throughout his career, Genao has worked in several films and TV shows. His acting credit includes the 2015 released film, Ladrones, and 2017s Logan, where he plays the role of Rictor.

Additionally, Genao has also appeared in the series Law & Order: Special Victims Unit and The Get Down.

Other Details about Jason Genao

If Genao was not an actor, then he would have been a chef or a medical examiner. Well, we are glad he chose to become an actor because he is really good at his work.

The two movies which inspired Genao to become an actor are La Vie en Rose and Who’s Afraid of Virginia Woolf.

When Genao is not busy shooting for series or films, he enjoys watching a lot of movies and is a huge fan of ‘80s movies. In fact, to get into the role of Ruby Martinez, the actor watched a lot of ‘80s films.

If given a chance to pick his celebrity squad, Genao would form a group with actress Meryl Streep, Gina Rodriguez, and Lupita Nyong’o.

Jason Genao seems new to the Instagram world. He recently started posting photos on the social media platform. Gradually, he will get the hang of it.

His Advice to an Aspiring Actor

Genao has a sound piece of advice for people who wish to become an actor or actress and said, “For actors on the rise, I’d say be resilient. No other job is going to tell you “no” every day and have you back out in the morning.”

“You’re stronger than you think. And watch a lot of films, pay attention to Meryl and Brando and Davis. Watching them is as good as any school,” the actor further added.

In case you didn’t watch On My Block, then you first need to take a look at the trailer. Also, let us know your opinion about the show in the comments section below.

Are you waiting for season two of On My Block?