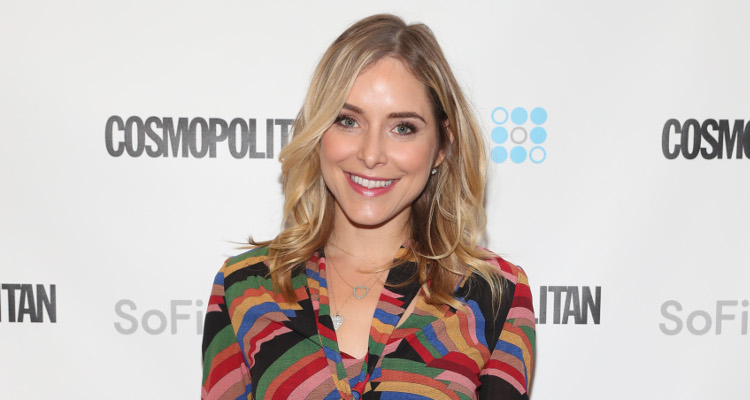 Jenny Mollen and Jason Biggs are on cloud nine with the arrival of their second child, a baby boy named Lazlo. She is an actress and best-selling author, and posted photos of herself while expecting because she believes that pregnant women look beautiful. Mollen has a great sense of humor, and a hands-on husband to help her with life’s challenges.

Jason Biggs’ wife, Jenny Mollen is the happiest woman in the world after giving birth to their second son on October 2, 2017. The couple shared a footage of their newborn baby by posting a series of clips to their Instagram Stories. Mollen and Biggs are already parents to a three-and-half-year-old son named Sid. If you want to know more about the actress and author, here are a few details from Jenny Mollen’s wiki.

Jenny Mollen’s age is 38. She was born in Phoenix, Arizona on May 30, 1979. She is actress and a New York Times best-selling author who is famous for her roles in the television show Angel and Return of the Living Dead: Rave to the Grave. Mollen had a passion for acting at a young age and worked in theater with The Old Globe, The Idywild School, and the Oregon Shakespeare Festival. She graduated from the University of California Los Angeles’ School of Theater, Film, and Television, helping her start her career.

Mollen also had a love for writing and wrote the short film Kidnapping Caitlynn which starred herself, Biggs, and Julie Benz. Other films that Mollen acted in are Billy Makes the Cut, Fear Itself, My Best Friend’s Girl, Crazy, Stupid, Love, Life Happens, and Amateur Night. She also has one foot in television and acted in shows such as Crash, CSI: New York, Girls, Hawaii Five-O, and Chicago Fire. Continuing her literary pursuits, Mollen wrote the books I Like You Just the Way I Am, and Live Fast Die Hot, both of which reached The New York Times bestseller list. Jenny Mollen’s net worth is an estimated $1.0 million.

Pregnancy is a Beautiful Experience

The mother of two does not believe that pregnancy makes a woman’s body ugly, and has worked hard to change people’s perception on this issue. Jenny Mollen’s Instagram account is full of selfies in various stages of pregnancy, with her newborn baby, husband, oldest son, and pet dog. Fans who want to see Jenny Mollen’s hot pics can take a look at her Instagram page.

A Wacky Sense of Humor

Mollen and Biggs have kept their twisted sense of humor intact. On an Instagram Story, she joked, “I had to break out of the hospital, they wanted to keep me, but I’m leaving – I’m leaving with wires attached.” Biggs chimed in saying, “Was I supposed to sign [discharge] papers or pay or anything?” Now that Mollen is at home with her baby we are sure she will love spending quality time with her kids. With a hands-on husband like Biggs, a strong maternal instinct, and loads of smarts, she is ready to  take on whatever challenges come her way.