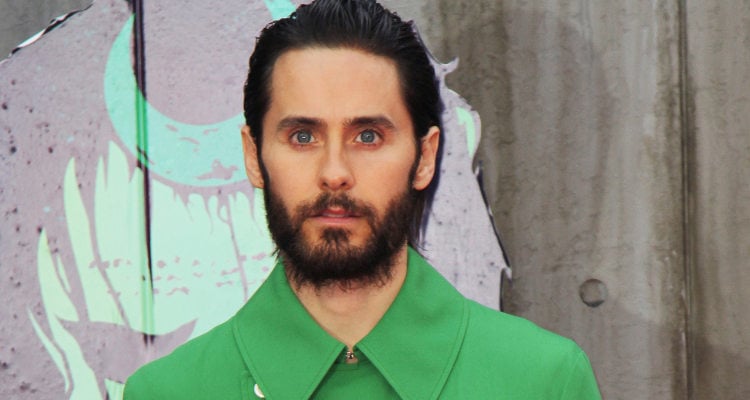 Jared Leto is an American actor, singer-songwriter and director. Even though he is just 44 years of age, Leto has already spent more than two decades in Hollywood, creating memorable films and music. While his professional life has been going great, Leto has had a real active and colorful personal life as well. People are asking, “Who is Jared Leto’s girlfriend now?” They also want to know about Jared Leto’s dating timeline. Don’t worry, we will tell you all we know about Jared Leto’s exciting personal life.

Leto was born on December 26, 1971, in Bossier City, Louisiana. His mother, Constance Leto had to raise him and his older brother alone because his parents divorced when Leto was still a child. His biological father remarried, but later committed suicide. This event left Leto traumatized and still haunts him even today. Constance Leto became a hippie and encouraged her sons to get into the arts. Leto recalls that he was raised around a lot of artists, musicians, photographers, painters, and people who worked theater. Leto found solace in music and started playing the piano, along with his brother. He also developed an interest in filmmaking and joined the School of Visual Arts in New York.

Carving Out a Career

Leto later went to Los Angeles to pursue a career in direction while picking up acting jobs as well. His first decent break came when he was cast opposite Claire Danes in the TV series, My So-Called Life. He made his acting debut in How to Make an American Quilt and then proceeded to act in films like Prefontaine, The Thin Red Line, Fight Club, American Psycho, Urban Legend and Requiem for a Dream. He then started focusing on his music career and started his own band, Thirty Seconds to Mars, where he was the lead vocalist. The band has released several critically acclaimed albums and have sold more than 15 million records worldwide. He continued to act and did films like Panic Room, Alexander, Lord of War and Lonely Hearts.

2013 brought the movie that is said to be Leto’s greatest triumph, Dallas Buyers Club. For his role as a transgender woman, Leto won an Oscar, Golden Globe Award and a Screen Actors Guild Award for best supporting actor. The year 2016 has been pretty good for Leto, too. He appeared as the Joker in Suicide Squad. Currently, it seems that Leto is indeed single. According to sources, his last confirmed relationship was with Valery Kaufman in 2015, whom he dated for three months. Before this, Leto has been in relationships with Katharina Damm, Paris Hilton, Scarlett Johansson, and Kristi McDaniel. Prior to all this, he was engaged to actress Cameron Diaz for four years, from 1999 to 2003. That’s not all—Leto has been linked with a string of beauties over the years.

A Bevy of Beauties

Some of the other gorgeous women that Leto has been linked to include, Dimphy Janse, Katy Perry, Miley Cyrus, Emilia Clark and Lupita Lyong’o—all in 2014. It seems Leto dated each of them for short periods of time. In 2013, he dated Chloe Bartoli, Alexa Chung and Anastasia Krivosheeva. When asked why he has not gotten married, Leto has said that not marrying has not been a conscious decision. His life just turned out that way.

Let’s answer the question, “Who is Jared Leto dating now?”. Well, the answer is…no one. That’s right. As of right now, Leto is currently single. Though given his past dating timeline, we predict he won’t be single for long. So, an urgent message for all those girls out there—grab him when you can!