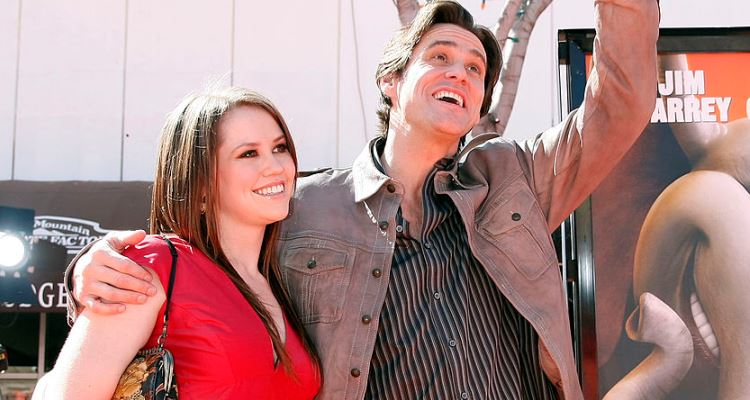 We all know of the famous Canadian actor Jim Carrey, and at some point, you’ve seen at least one of his past movies. But after the 54-year-old comedic actor was recently sued for wrongful death by the mother of his deceased ex-girlfriend, people are curious to know about Jim Carrey’s daughter, Jane Erin Carrey. So, in order to help with your search, we have provided you with our very own Jane Erin Carrey wiki.

Jane Erin Carrey was born on September 6, 1987 in Los Angeles, California. She is the daughter of Canadian actor Jim Carrey and his ex-wife, Melissa Womer. Her parents were married from 1987 to 1995.

Yes, you read that correctly—Jane was on the hit show American Idol, back in 2012. But why would an heiress to her father’s net worth of $150.0 million need to or want her own job? Well, as Jane puts it, she wanted to make a place for herself in the world and not live off her famous father. In fact, prior to her time on American Idol, Jane was a waitress on and off for six years. Sounds to us like Jim raised her knowing the value of a dollar! If you search for Jane’s audition tape and eventual exit from the show, you will find it on YouTube.

Although she never made it to the last round of American Idol, that didn’t stop Jane from pursuing her dream of being a singer. In 2009, the 29-year-old became the frontwoman for her very own band called—you guessed it—The Jane Carrey band. Her songs such as “Simple Beauty” and “Sticky Situation” have garnered thousands of views on YouTube, as well.

In 2009, Jane married Alex Santana, but their happily ever after was short lived. She separated from Alex after 11 months of marriage, due to irreconcilable differences. Alex is the lead singer of the metal band, Blood Money. In 2010, the pair had a son, Jackson Riley Santana.

Jackson Riley Santana was born in 2010 and while parents Jane and Alex agreed to remain friends and devoted parents, Jane still fought for sole custody. During the separation, Jim invited his daughter and grandson to visit him on set of his film, Mr. Popper’s Penguins, in New York.