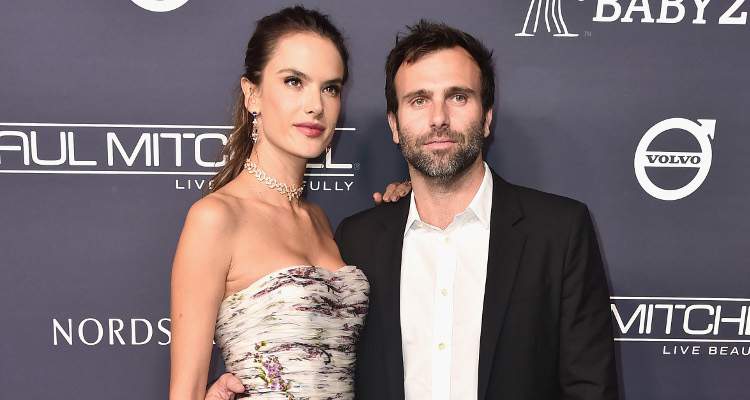 The Victoria’s Secret Fashion Show aired last night on CBS, and was Alessandra Ambrosio’s last time on the VS runway. The Brazilian model revealed last week that the show was her last after 17 years as a Victoria’s Secret Angel. She said that she wanted to spend more time with her family and other business ventures, and fans want to know more. Ambrosio has been with her fiancé Jamie Mazur for a long time, and they are the parents of two adorable kids. Keep reading to know about Jamie Mazur’s net worth, and more!

Alessandra Ambrosio’s long and glittering career as a Victoria’s Secret model may have ended, but she has a lot going on in her life. She runs a bikini line, and recently reprised her role in Daddy’s Home 2. Earlier this month, Ambrosio was seen on the red carpet at the film’s premiere with her beautiful family, including partner Jamie Mazur, who also has an impressive resumé.

Who is the man that stole the gorgeous model’s heart? We’ve got everything you need to know about Alessandra Ambrosio’s husband-to-be in our Jamie Mazur wiki.

#1. The Man behind Recreating Denim

He is the mastermind behind getting you that perfect pair of jeans! His company, Re/Done worked to create perfectly fitting and worn-in jeans from an old pair of denim. Stars like Kendall Jenner, Bella Hadid, Miranda Kerr, and of course, Alessandra Ambrosio were seen sporting these jeans!

Mazur and the company’s co-founder, Sean Barron got the idea when they noticed that their female friends would buy men’s jeans for the comfort, but found it difficult to get them tailored:

“When my friends would get their jeans tailored it was always a gamble if they would turn out decently. For every five pairs of jeans you take to a tailor, maybe two or three pairs end up wearable —and that’s if you go to someone who knows what they are doing. So, I began to wonder if it was possible to do this on a large scale.”

Mazur also had a business called Underground Denim that sold designer jeans to college kids. But with the Internet playing a bigger role in people’s shopping habits, it seems like the idea morphed into something even better.

His innovative denim strategies have earned him more than a pretty penny, with Jamie Mazur’s net worth estimated to be a whopping $20.0 million.

Alessandra Ambrosio and Jamie Mazur met in 2005, and have been together ever since. They got engaged in 2008. Jamie Mazur’s kids with Ambrosio are daughter Anja, who is nine years old, and son Noah, who is five years old.

Mazur’s Instagram account is filled with pictures of their cute kids, and we can’t help but love this adorable family!

Love this kid! First day of school very proud day for me

There were rumors of the couple splitting up a few years ago, but Ambrosio was quick to squash them, “We’re all good. It’s all tabloids.” Looking at the couple’s recent pictures, it’s clear that they’re stronger than ever!

Other than having a Victoria’s Secret model as his fiancée, Mazur also has another family member in Hollywood.

His sister is celebrity stylist Jennifer Mazur, who worked with big names including Kat Graham and Olivia Culpo. She often puts Ambrosio’s outfits together, including her look for the Daddy’s Home 2 premiere. Doesn’t she look stunning?

Ambrosio may be the more popular one of the pair on Instagram with 8.8 million followers and counting, but Mazur also has a growing fan base!

With over 60,000 followers, his fans love when he posts about his kids, as well as his gorgeous travel photos. Now, that’s somewhere we’d like to be right now!

Mazur’s Instagram cannot be complete without pictures with his stunning fiancée. He and Ambrosio make a fabulous couple, and we couldn’t be happier for them!