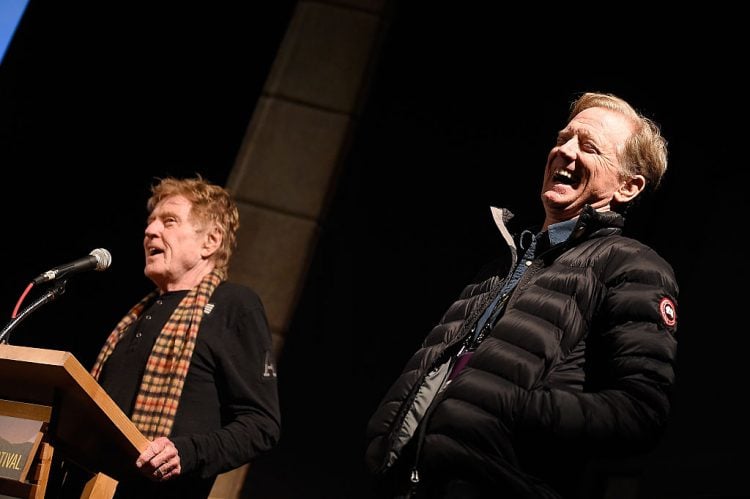 We’ve long equated the last name Redford with the world of film. Robert Redford is in many ways the last of the great movie stars. But nowadays, his son, James Redford, has got a lot of people talking about his HBO documentary, Happening: A Clean Energy Revolution. Keep reading to know all about the son of the famous actor that has become a great documentary maker in James Redford’s wiki right here.

Robert Redford has always been somewhat guarded about his personal life, feeling that it gives him a certain amount of freedom and his son has taken that lesson to heart in a lot of ways. Many personal details about James Redford’s life are still private but here is what we do know.

Born on May 5, 1962, James Redford’s age is 55. He is the son of Robert Redford and his first wife, historian and activist Lola Van Wagenen. Redford has an older sister named Shauna Redford, as well as a younger sister named Amy Redford.

James Redford went to school at the University of Colorado, earning degrees in English and film. He later earned his MA in Literature at Northwestern University in Chicago.

Redford has dealt with the effects of autoimmune disease of the liver for years until he was finally forced to have a liver transplant, not just once but twice. He has since channeled some of his energies into The James Redford Institute for Transplant Awareness, a not for profit organization that is geared to help educate more people on organ donation.

James Redford’s wife is Kyle Redford, and the couple has two children—a son named Dylan Redford, who is also a filmmaker, and a daughter named Lena Redford. He currently lives in Marin County, California.

As of this writing, there is little information on James Redford’s net worth.

Given his father’s famous name and sharing some of his father’s trademark good looks, it wouldn’t have been hard for Redford to just cash in on that and make a modest a career as an actor. Instead, he fell in love with other aspects of the filmmaking process.

James Redford’s first full-length credit is as a writer on a film called Cowboy Up starring Kiefer Sutherland and Darryl Hannah. This was followed by writing a TV movie called Skinwalkers.

Redford not only wrote the screenplay for his next film, Spin, but he also stepped behind the camera as a director. As a director, he began making documentaries, his first being inspired by his son’s battle with dyslexia.

The Big Picture: Rethinking Dyslexia brought an interesting conversation to the table about how dyslexia is viewed and treated. And given Redford’s experiences with organ donation, it’s hardly surprising that he was a producer on The Kindness of Strangers, a documentary on the effects of organ donation.

Making waves today is Redford’s latest directorial effort, Happening: A Clean Energy Revolution for HBO. The film follows his interest in environmentalism and how the idea of clean energy is going from being a niche thing to something widely sought after.

DOCNYC – last of this roadshow.

The film has gotten very good reviews. It has a message that not only brings us James Redford’s thoughts, but it also echoes the ideals of both his mother and father, who have long been involved with environmental concerns.