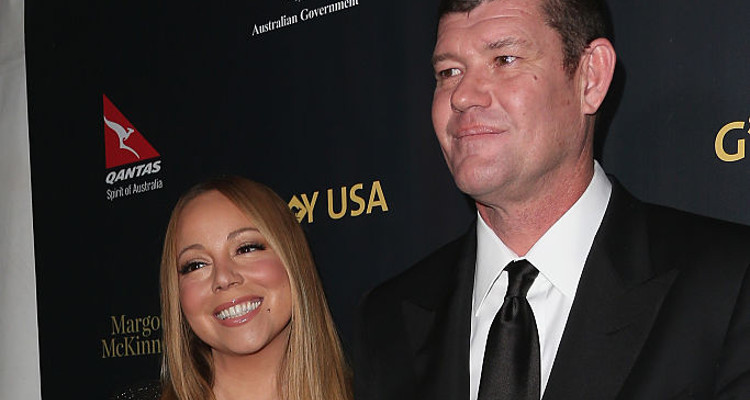 James Packer is an Australian billionaire who’s famous for dating Mariah Carey and then breaking up with her. Here’s everything you need to know about James Packer.

Mariah Carey and James Packer were engaged after less than a year of dating, convincing many that they were very much in love, and ready to take the next big step. It’s now been reported that the two have broken off their engagement. Many want to know more about the Australian billionaire, and his relationship with pop icon Mariah Carey. Here are the facts about his net worth, dating timeline, and relationship with Mariah Carey in James Packer’s wiki.

Packer has a net worth estimated to be around $3.4 billion. Forbes has him listed as sixth in Australia’s 50 Richest (2016), and 453rd among the billionaires in the world. He inherited control of the family company, Consolidated Press Holdings Limited, with investments in Crown Resorts, RatPac-Dune Entertainment, Zhoapin Pty Ltd, to name a few.

The 49-year-old quit the board of Crown Resorts in December 2015, when the revenue of their casino in Macau was decreasing. He sold several of his assets last year, including a ski resort, a yacht, and a mansion in Sydney. He recently bought a home in Tel Aviv, and spends a lot of time with his children in Los Angeles.

His Family is Extremely Rich

James Packer’s father, Kerry Packer, was a media mogul in his lifetime. He died of kidney failure in 2005, just a few days after his 68th birthday. Kerry Packer was married to the philanthropist, Roslyn ‘Ros’ Redman Packer. She is famous for her work in the fields of health care, social welfare, medical research, as well as visual and performing arts. Three years ago, she was named as Australia’s largest single direct political donor.

Packer’s grandfather, Sir Frank Packer, controlled the Australian Consolidated Press and Nine Network, which his grandson has inherited from him.

He has been Married Twice and has 3 Children

In 2009, Packer married Jodhi Meares, an Australian model and fashion designer at Packer’s home in Bellevue Hill, Sydney. Their relationship didn’t last long and they divorced in 2002.

Packer’s second marriage was to Erica Baxter, a singer and model. They married in Antibes Town Hall and followed it with a civil ceremony at Hotel Du Cap at the French Riviera. The couple has three children, daughter Indigo Packer (27 July 2008), son Jackson Lloyd Packer, (1 February 2010), and daughter Emmanuelle Sheelah Packer, (22 September 2012). Packer and Baxter divorced in 2013  and in 2015, he started dating Mariah Carey.

Mariah Carey and Nick Cannon had divorced in 2014 after six years of marriage. In June 2015, Packer and Carey were photographed in Italy together, later confirming that they were dating. Carey said in an interview that they met at the Hercules premiere in Aspen.

The pace of their relationship was faster than people could keep up with. Within five months of dating, Carey had moved into Packer’s home in Beverly Hills. In January 2016, Carey was photographed with an incredible engagement ring. The 35 karat ring is worth a whopping $10.0 million.

On October 27, it was revealed that the billionaire and Grammy award winner have called off their engagement. Sources close to Packer said that they broke up because of Carey’s excessive spending. Others say that Carey was cheating on Packer. However, it hasn’t been confirmed from either of the involved parties.

Shortly after news of the breakup spread, a rep from Mariah Carey said the couple have not called off the engagement but were merely on a break. Carey’s spending habits or Packer cheating rumors are false. The couple reportedly got into a fight while they were in Greece last month, instigated the break.