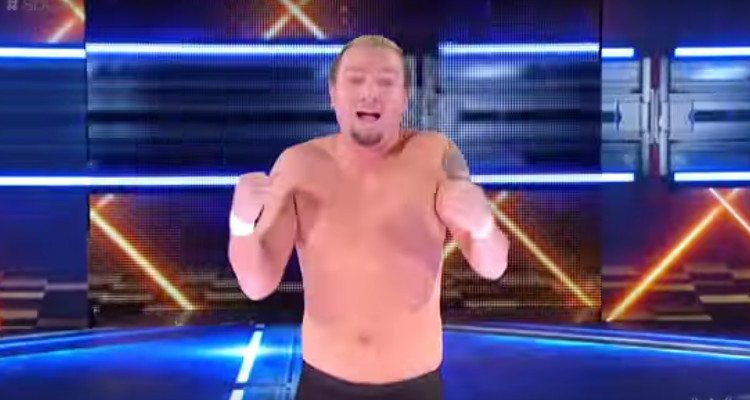 No one could have imagined that James Ellsworth, the jobber for squash matches would defeat World Champion AJ Styles in the WWE SmackDown. He’s certainly piqued our interest! Here are some facts about the pro-wrestler.

Pro-wrestler James Ellsworth became the talk of the town when he defeated the World Champion A.J. Styles at the WWE SmackDown last night, of course with some assistance. Nevertheless, he won and it’s shot this wrestling nobody straight into the limelight. Ellsworth was once a jobber (wrestling term for someone who routinely loses). The chinless wrestler brought laughs when he took on Braun Strowman, a man twice his size, in WWE Raw and predictably lost that match. But that match is now insignificant, ever since his victory over A.J. Styles.

Last night’s match was refereed by another wrestler, Dean Ambrose, who Styles had defeated to take the World Champion title. Ellsworth entered the ring being his usual clown self, bringing laughter. The actual match was something like a slapstick comedy, with referee Ambrose constantly interfering and doing everything he could to help Ellsworth. The referee got his revenge against Styles, when he successfully took him down and then rolled the knocked-out Ellsworth on top of Styles’ body! Then, he fast-counted the supposed pin and declared Ellsworth the winner! An unlikely victory but a victory nonetheless.

Here are some facts about the WWE jobber, James Ellsworth, who is now the one who defeated a world champion.

Ellsworth may have lost against Braun Strowman, but anyone taking on a man twice his size is bound to get some attention. In an interview after that match, he said that, “Any man with two hands has a fighting chance.” Since then, many who became his fans popularized this line. WWE often scripts things like catchphrases, but Ellsworth got the luxury of coming up with this catchphrase all on his own, and he opted for this one line that made him so popular. The reason he used that as a catchphrase was because he hit Strowman twice!

#2 He’s a Jobs Coach aside from Wrestling

Even though he came under the spotlight recently, Ellsworth has been a pro-wrestler for 14 years. Besides wrestling, he has been working as a jobs coach in Baltimore, Maryland for the past eight years. He helps those with mental or physical disabilities find jobs.

Among Ellsworth’s list of jobs is a promoter for Adrenaline Championship Wrestling. It’s not an easy job because it involves passing out thousands of flyers, creating a buzz among people and attracting spectators to matches. Ellsworth and his team have been doing this for the past six years. He has distributed over 5,000 flyers and put up hundreds of posters to promote the wrestling show. They have earned a major profit in the last three years of their business.

#4 He Sent His Resume to WWE and Got Recruited!

In his Reddit interview, he said that he simply sent his resume to WWE via the recruiting page on the web site and was selected! Many were surprised that the recruits page actually works, because it’s quite a mundane way to get selected. Ellsworth was all praise for World Wrestling Entertainment saying that, “It’s a very professionally ran organization and everyone is friendly and professional.” Ellsworth was called to WWE several times over the last two years for dark matches.

#5 He Has Two Daughters He Dotes Over

Ellsworth has two daughters he loves spending time with. It must be difficult taking time out of his schedule given that he works so much and travels around the country. In his free time, he hangs out with his girls, who are also big sports fans. Ellsworth’s father is very proud of his son and his work in wrestling. His mother is another story, however. Ellsworth said that his mother can’t even watch the show as she’s too afraid he’s going to get hurt!

Got my daughter her first ever wrestling action figure! She wanted @IAmJericho after hearing me on @TalkIsJericho! pic.twitter.com/7vGRzMKQ3Q

James Ellsworth may be somewhat of a clown but he’s fast becoming a jobber legend. He already has a few fans, including the famous Chris Jericho.