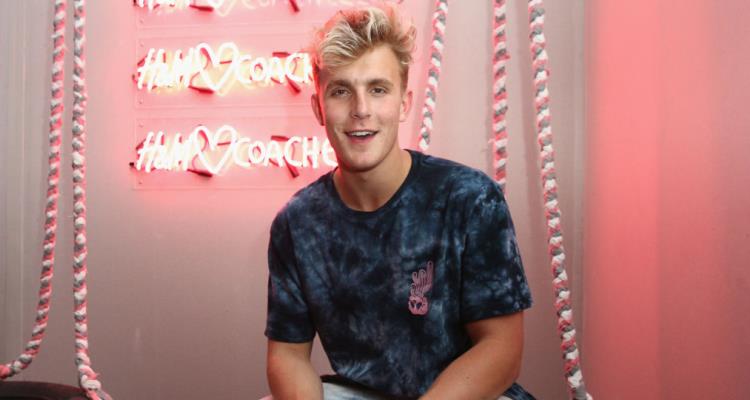 YouTube mega-star Jake Paul is raking in more than you may think! How rich is Jake Paul? Jake Paul’s net worth has been reported to be over a staggering $7.0 million! Learn all about the Vine star-turned famous YouTuber right here, including information on Jake Paul’s girlfriend, parents, movies, and more!

Let’s go back to the beginning where it all started. Like many now-famous Youtubers, Paul got his start on Vine. He began posting six-second videos on the app when he was 15-years-old, and amassed a whopping 5.3 million followers by the time it went out of business in January. Last year, he told People just how profitable Vine was for him and his younger brother, Logan Paul, who also made videos: “Within six months we were making more money than our parents,” said Paul. That’s quite a statement, considering Jake Paul’s parents have pretty great jobs—his father is a realtor and his mother is a registered nurse, so you do the math. Brothers Jake Paul and Logan Paul have since migrated from Vine to creating content on more prevalent platforms, like Facebook, Instagram, YouTube, and Snapchat. Jake even landed a role on the hit Disney Channel show, Bizaardvark. With all his creative projects on the go, we know you’re wondering what Jake Paul’s net worth is. We’ve broken it down, and have all the details for you right here.

Breaking Out in the Business of Hollywood

Jake Paul, age 20, saw the opportunities his new-found fame had opened up for him, and decided to move to Hollywood to pursue a career in show business—and judging from his net worth, this seems to have been a great move. He has his own YouTuber channel, as well as one for his company, Team 10. As stated on their website, the company is simply “a squad of young, like-minded individuals who team up together to take over Hollywood.” With the rate at which their channel is growing, it seems as though they’re well on their way to achieving their goal! Jake Paul’s YouTube channel (his personal one, that is) is currently more popular than his company’s, though both are doing phenomenal.

Where does Jake Paul currently live? Well, when you’re a millionaire at 20 years-old, is there anything else to do than rent a beautiful mansion in Hollywood? If you’re Jake Paul, then the answer is no. He currently resides in a stunning mansion in Beverly Grove near Melrose and Kilkea, with a price tag of just over $17,000 a month. It’s been said that his five bedroom, five bathroom home is where a lot of the stunts seen on Team 10’s YouTube channel take place “as ground zero for loud parties and for some of his stunts, including lighting a pile of furniture on fire in the house’s drained pool and popping wheelies on a dirt bike on the street,” Mic reported.

Stopped in Vegas for the weekend with the squad????my boys @wheelsup8760 getting us home safe @imanthonytruj & @imchancesutton

Paul has made a few appearances on the big screen, too. Jake Paul’s most notable movie role was “Dance Camp,” which was released in 2016. It was nominated for the WGA Aware for Best Children’s Long Form or Special, and featured other actors such as Brandon Perea, Richard Balin, and Mary Catalano.

As mentioned, Jake Paul isn’t the only wildly successful YouTuber in his family. His younger brother, Logan Paul, is quite the entertainer himself. He actually rose to fame on Vine before Jake, but Jake was able to transition to other platforms more flawlessly, and maintain his following. Logan’s YouTube channel has 8.5 million subscribers, and he frequently makes videos with his brother. Check out their respective net worth each, below!

As for personal relationships, Jake Paul’s girlfriend is a member of Team 10, Erika Costell. The pair began dating recently, since he’d broken up with ex-girlfriend Alissa Violet just earlier this year. Jake dated Alissa, a 21-year-old model from 2016-2017. Alissa has also moved on from their relationship, and is currently dating Ricky Banks.

Most recently, Jake has been in the headlines for being a bad neighbor. The Daily Mail reported that, “As the star sat in his car outside his house while waiting for a friend to pull behind him, police talked to him. He was then given a ticket for being in a No Stopping Anytime zone.” Jake Paul was ticketed outside his own home in Hollywood, and is subject to a fine up to $400! This ticket comes just one day after Paul announced his parting with Disney’s Bizaardvark production, which he was a part of for two years.