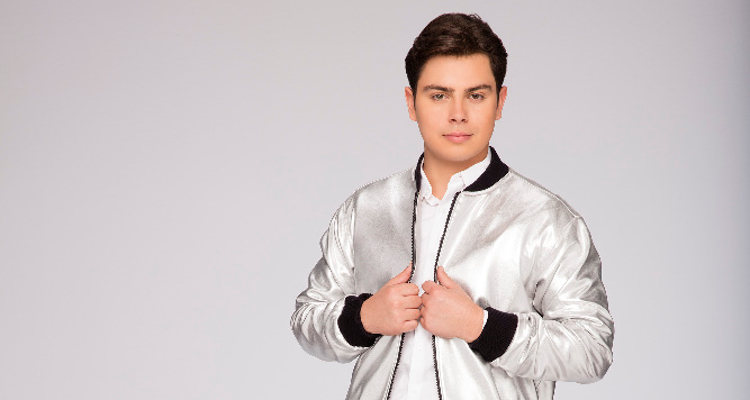 Jake T. Austin jived with new pro-dancer Jenna Johnson at the season premiere of Dancing With The Stars last night. The Fosters actor has been in the industry since she was very young and has had many acting stints. For those curious fans searching the Internet to find out the young DWTS contestant’s net worth, girlfriend and age, your search ends here! We have all the details about this young star.

As of 2016, Austin’s net worth is estimated to be around $5 Million, and he’s only 21 years old! Earlier this year, Austin surprised the media when he revealed that he’s not dating a starlet, but his own superfan! Austin met his girlfriend, Danielle Caesar, when she frequently contacted him on Twitter. In his own words, “It doesn’t matter how you meet someone — on set, in a coffee shop, at school or in the business. Sometimes you connect with people at the right moment and you just click.” Isn’t that one lucky fan!

Here are some interesting facts of the former Disney artist and current DWTS star.

Austin was born Jake Austin Szymanski. He rechristened himself as Jake T. Austin, the middle initial ‘T’ taken from his mother’s maiden name. His mother, Giny Rodriquez Toranzo is of Puerto Rican, Argentinian and Spanish descent, while his father, Joe Szymanski has Polish, Irish and English heritage. Austin embraces his Puerto Rican heritage and was named as one of the “25 Brightest Latino Stars Under 25” by Latina Magazine. He has a little sister named Ava, and two pet dogs named Bogey and Beju. His family owns a restaurant called The Clarksville Inn, much like his family on Wizards of Waverly Place.

Austin’s career began in commercials when he was a merely 7 years old. After a few stints on The Late Show With David Letterman and some other TV shows, Austin landed the lead movie role in the movie, The Perfect Game in 2006, but the film was released three years after it was made. Austin went on to become a Disney artist, starring in the Disney Channel original film, Johnny Kapahala: Back on Board. Soon after, he played the role of Selena Gomez’s younger brother, Max Russo in the Disney series, Wizards of Waverly Place. During the show, he appeared in many other Disney productions, including crossover specials with the Suite Life on Deck and Hannah Montana. Austin made his feature film debut with the critically acclaimed, Hotel for Dogs, alongside Emma Roberts. His next major role was in the hit ABC drama, The Fosters.

Along with being a child artist, Austin also established a career as a voice actor simultaneously. In 2004, he voiced the character, Diego from Dora the Explorer and even did three seasons of the spin-off series, Go, Diego, Go!. He also lent his voice to characters in animated feature films like, The Ant Bully and Everyone’s Hero. One of his major voice-roles was Fernando in the hit animated musical, Rio and the sequel, Rio 2.

Jake is devoted to a number of charity acts. Along with working for Make-a-Wish Foundation and the Starlight Children’s foundation, he’s also part of the Variety’s Power of Youth initiative.