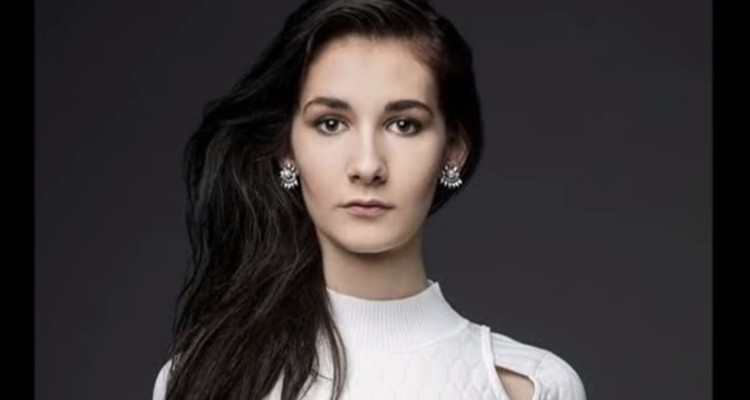 For Juliet Evancho, convincing her family, especially her father, that she was really a girl was the toughest part of her transition. Today, with a sweet boyfriend and plans to become a model in New York City, the 19-year-old seems to have found a measure of happiness.

President Donald Trump’s decree against transgenders in the military is one of his many mandates that resulted in a major backlash. Both classical crossover singer Jackie Evancho and her sister, Juliet Evancho, have publicly spoken out about Trump’s announcement. Juliet, who is now 19 years old, was born Jacob but started identifying as a woman from a young age. She was featured in a TLC special titled Growing up Evancho, along with her family. The one-hour program aired on Wednesday, August 9, 2017, and drew a lot of attention from viewers who became aware of the difficult situation that Juliet and her family face, especially now with the remarks made by Donald Trump. Keep reading for more details in our Juliet Evancho wiki.

Fighting for Her Rights

Juliet Evancho’s age is 19, and she is an LGBTQ activist who has taken part in several protests. In July, Evancho and two other students won a gender discrimination lawsuit against the Pine-Richland School District and are taking their message to others. “It was a big step for the whole trans community when it comes to bathroom bills being passed everywhere. I hope this opens people’s eyes to the fact us trans people are still people, and we are not doing anything other than using the bathroom and leaving the bathroom,” she said.

Being Comfortable in Her Own Skin

A Bold Lip For Ya Nerve ???? #boldlip #modeling #models

The Evancho family came under the spotlight when Trump asked Jackie to sing the national anthem at his inauguration. By agreeing to perform, Jackie was criticized by some who felt that performing for Trump was an insult to Juliet Evancho’s fight. Juliet was not at the inauguration, as she was undergoing sexual reassignment surgery and breast augmentation. Juliet Evancho’s surgeries have helped her in her transition. The sisters spoke about their continued support and fight for LGBTQ rights, and explained that they both thought having Jackie perform the national anthem was a great honor.

Plans for the Future

However, President Trump’s tweet about transgender people in the military “burdening the system” did not sit well with Juliet Evancho who said, “That broke my heart, and it angered me.” However, it failed to put a dampener on her plans to go to New York City and work with activist groups and try to further her burgeoning modeling career. She graduated from high school and plans to live in the Big Apple for a year to work on her career. One thing Juliet Evancho will definitely not be forgetting is her boyfriend.

Juliet Evancho’s boyfriend, Deven Grosskinsky, makes an appearance in the hour-long TLC special. He admitted that there was confusion in his initial attraction towards Evancho, but they worked it out. Evancho finds the situation funny saying, “He can definitely be a sweetheart but I mean, he’s also a guy, and sometimes I want to slap him upside the head.” The toughest part for Evancho was getting approval from her father, Mike Evancho, who initially did not know how to react. Thankfully he came around, and Evancho says, “I think I can finally say he views me as his daughter, and not as a disappointment.”

Important to Be Yourself

I love @narsissist ‘s lipstick in the shade ANNA! It’s the perfect mauve color for me. The magnetic cap got me too! ???? #NARS #Lipstick #model #makeup #mauveitup

Juliet Evancho’s Instagram account shows that she does not accept anything that does not feel right. It has selfies, as well as pictures of Evancho with her family, friends, boyfriend, and animals. When it comes to loving yourself, Evancho has the last word. “You don’t have to sacrifice who you are in order to be loved and accepted,” she explains.