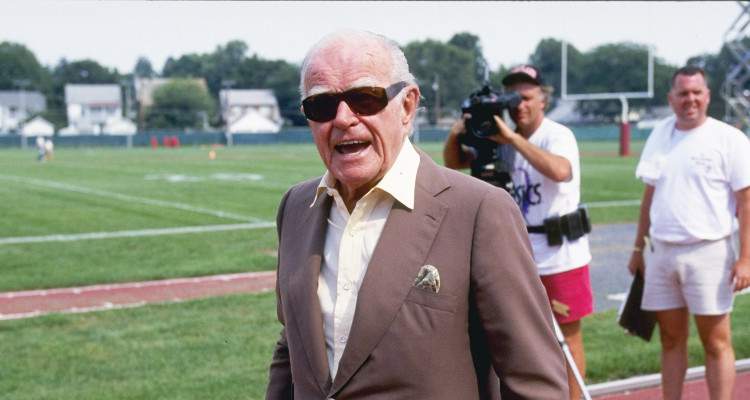 Jacqueline Kent Cooke is an American socialite, fashionista, and daughter of late business tycoon, Jack Kent Cooke. She has recently been in the news for allegedly assaulting a lawyer at a local restaurant in New York on New Years eve under the influence of alcohol. In the past, the 29-year-old has made headlines for her arrogance and her “spoiled-brat” attitude. Jacqueline Kent Cooke is said to have a net worth of millions and is a well- known name in the fashion industry. Find out more about her in our Jacqueline Kent Cooke wiki.

Jacqueline’s Early Life and Her Bond with Jack Kent Cooke

Jacqueline Kent Cooke was born in Washington D.C. in 1988 to her parents, Jack Kent Cooke and Suzanne Elizabeth Martin. Her parents separated before she was born, so she was kept away from her father until she was three years old. However, soon after that, Jacqueline grew to develop a strong bond with her father, who was a billionaire and the former owner of multiple sports teams such as the Washington Redskins, the Los Angeles Lakers, the Los Angeles Kings, and the Los Angeles Wolves. As per Jacqueline Kent Cooke’s wiki, her father often wrote letters to her, addressing her as ‘his darling angel’ and ‘little princess.’ Before passing away, Cooke also left a huge inheritance for his daughter in the form of a reported $5.0 million trust. Including her father’s trust money and several other income sources, Jacqueline Kent Cooke’s net worth is currently estimated to be in millions. Though she was known to be very close to her father, she isn’t reported to be close to her mother or any of her step-siblings.

Although her million-dollar inheritance hardly required Jacqueline to work, she made a professional start quite early on in life. After obtaining a Bachelor’s degree in Communication and Media Studies from the Marymount Manhattan College in Manhattan, New York, she went on to work as a Freelance Fashion Assistant in New York. Soon after that, she worked as the Director of Marketing and Public Relations for designer Isa Tapia’s self-titled line of shoes and handbags, and also as a part-time Marketing Assistant at Susan Cushing Fine Art for a brief period. Since December 2016, she’s worked as a Contributing Editor at Beauty Fashion Inc in New York, before opening her own company in August last year. As per updates on Jacqueline Kent Cooke’s Instagram, her company goes by the name ‘Cane Casa’ and plans to sell “premium dog beds for premium canines.” The American socialite is also actively involved in several charities, including her father’s Jack Kent Cooke foundation that provides scholarships to college students in need.

Jacqueline’s Law-Suits and Charges of Assault

Jacqueline Kent Cooke, age 29, is notorious for being in the headlines for all the wrong reasons. On New Year’s Eve, she was charged with assaulting a 52-year-old lawyer at an upscale Manhattan restaurant. As per the reported events, a visibly drunk Jacqueline was waiting behind the man’s family when she lost it and allegedly passed anti-semantic comments like “Hurry up Jew, I got places to be!” On being confronted further, Jacqueline reportedly lost her cool and hit the victim in the head with her $300 glass Lulu Guinness Chloe Mirrored Perspex Box Clutch, leaving him bloody and flabbergasted. She was later charged with assault and had to pay the fines for her felony.

In the past, Jacqueline was booked for drunk driving in her BMW 325i, when she only 20 years old. She was also reportedly involved in a $275.0 million lawsuit that she had filed against her father’s estate, back in the year 2007. Clearly, Jack Kent Cooke’s daughter has arrogance issues that have caused her nothing but damages!

Check out the video below to see footage of the alleged New Year’s eve altercation.