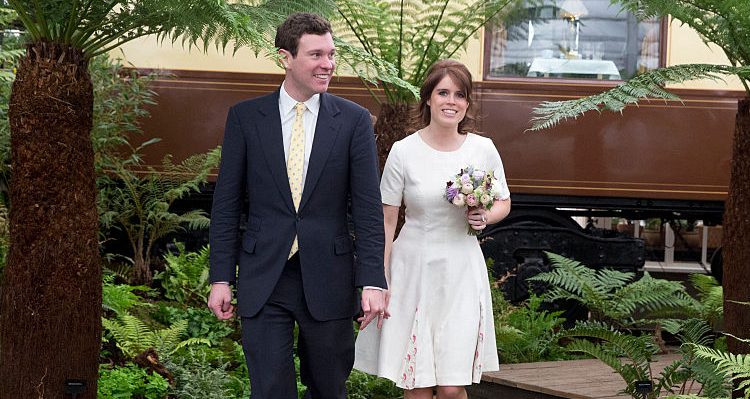 As of this morning, another British royal wedding has been set for this year. Princess Eugenie and Jack Brooksbank are planning to tie the knot in the fall of 2018. But what do we know about Jack Brooksbank? In this Jack Brooksbank wiki, we’ll take a closer look at Brooksbank’s life and career, as well as what goes into planning a Royal wedding.

Princess Eugenie’s fiancé, Jack Brooksbank, is in some ways a bit of an anomaly when it comes to royal suitors. However, Brooksbank is very much in the mold of people who marry into English royalty. Although he has passed by traditional education and comes from old money, he has created a non-traditional career for himself.

Congratulations Princess Eugenie and Jack Brooksbank! There will be two weddings for the British Royal Family to celebrate in 2018 with the news that the cousin of Princes William and Harry is marrying her long-term boyfriend. It comes just months after Harry and Meghan Markle announced they were engaged. The youngest daughter of the Duke of York, Eugenie is expected to tie the knot in Windsor this autumn, but an official date hasn't been confirmed yet. PHOTO: REUTERS/JONATHAN BRADY #princesseugenie #royalwedding #royalfamily #bbcnews #engagement

Jack Brooksbank’s father, George Brooksbank, is an Old Etonian chartered accountant, and his mother is Nicola Brooksbank. His family goes way back with some distinguishing titles.

One member of the family tree was Stamp Brooksbank, who was Governor of the Bank of England in the 18th century. His great-grandfather, Sir John Spencer Coke, was the son of the second Earl of Leicester and was the office of Gentleman Usher to King George VI between 1938 and 1953.

With those type of ancestors in the family tree, you would think that Jack Brookbank would end up being in the financial world or running a charity of some sort. Instead, Brookbank carved jobs for himself in a different world.

King of the Mayfair Clubs

Jack Brooksbank attended the exclusive and independent Stowe School in Buckinghamshire. Unlike his peers, Brooksbank decided to skip the financial degrees and go straight to work.

Brooksbank started at the bottom rung of the restaurant and club business, working as a waiter in Chelsea at a place called the Admiral Codrington. From there, he moved on to The Markham Inn, before he landed at Mahiki nightclub and ran the club for numerous years.

Despite working in this hub of clubs, Brooksbank didn’t really party much. He claims that he pretty much did his work, left at 11:00 p.m., and went home to watch a movie.

Brooksbank then got a gig as brand ambassador for Casamigos Tequila. If the name sounds familiar, it was started by George Clooney and a few partners and was later sold for a billion dollars.

Princess Eugenie met Jack Brooksbank while skiing at a Swiss resort in Verbier in 2012 and they have been together ever since. The two even managed to stay together with an ocean between them during a two-year period when the princess lived and worked in New York!

Jack Brooksbank’s age is 31 while Princess Eugenie is 27.

Reportedly, Brooksbank and the princess received permission from the Queen for the marriage, which is Royal etiquette in these circumstances. He apparently popped the question while the couple was on vacation in Nicaragua earlier this month.

The statement released by Buckingham Palace read, “The Duke and Duchess of York are delighted to announce the engagement of Princess Eugenie to Mr. Jack Brooksbank. Her Royal Highness and Mr. Brooksbank became engaged in Nicaragua earlier this month. The wedding will take place in the autumn of 2018 at St. George’s Chapel in Windsor, with further details to be announced in due course.”

While the wedding may seem like it will be coming up quickly as it is planned for the autumn, there was also no way that the wedding would have been any earlier.

St. George’s Chapel in Windsor is also the planned site of Princess Eugenie’s cousin’s wedding. As part of etiquette, Jack Brooksbank and Princess Eugenie’s wedding would have to take place after Prince Harry’s, as both are assured to be lavish affairs.