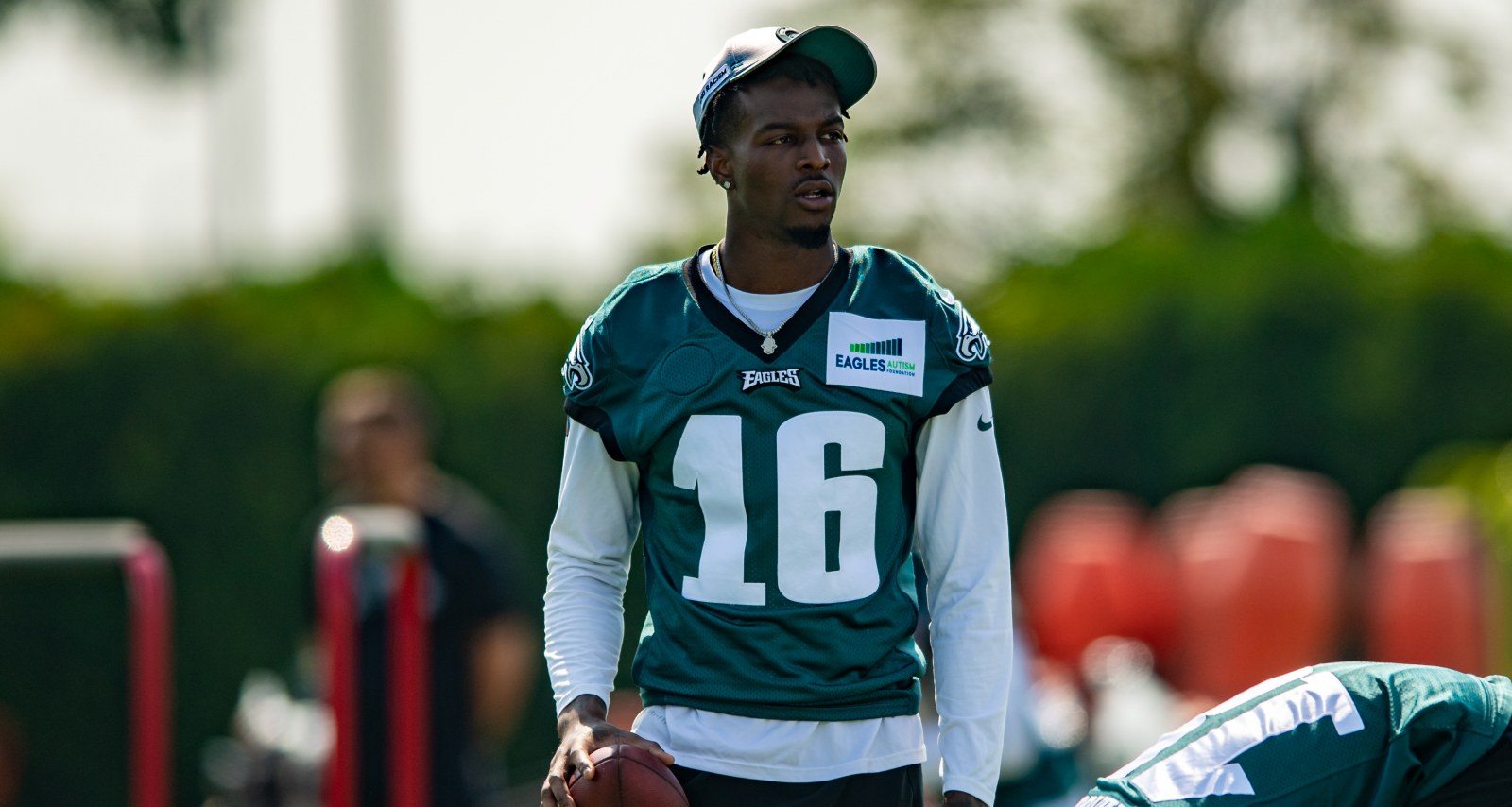 Two standout NFL pros share the same last name, and the Twitterverse’s football community can’t help but ask if they are related. Quez Watkins of the Philadelphia Eagles has been spectacular in preseason showings since becoming active last October. Given his phenomenal play, some think the skills run in the family. To put it precisely, social media users are asking if Quez Watkins is the brother of Sammy Watkins of the Baltimore Ravens. We set the record straight on their possible connection here.

Quez Watkins and Sammy Watkins Are Not Related

Alabama native Quez Watkins was born on June 9, 1998. He played collegiate football with the Southern Miss Golden Eagles for three years before declaring for the 2020 NFL Draft.

The Philadelphia Eagles selected him, but he was initially on the team’s injured reserve. Soon after he returned to practice with the team, he was activated in October 2020. Watkins scored his first career touchdown in Week 15, and he’s since caught football watchers’ attention in the preseason games.

And it just begs the question if football is a family sport. Because the Eagles wide receiver’s last name is the same as Sammy Watkins, a veteran wide receiver currently signed with the Baltimore Ravens.

Some think Sammy and Quez are brothers. Or perhaps cousins. Information on Quez Watkins’ family is currently lacking. However, there’s no evidence of the two talented players being related.

Sammy Watkins was born on June 14, 1993, in Florida, to Sammy Watkins III and Nicole McMiller. He played at Clemson and was picked by the Buffalo Bills in the 2014 NFL Draft.

While there’s no connection between Sammy and Quez except their last name and football, the NFL is becoming a family affair for Sammy Watkins. His older half brother, Jaylen Watkins (not to be confused with Quez’s teammate, Jalen Hurts), was selected by the Eagles in the 2014 draft and is currently a free agent.

Their cousin, Austin Watkins, played at the University of Alabama. Despite having advice and guidance from Sammy during the draft process, he went undrafted in the 2021 NFL Draft and signed as a free agent with the San Francisco 49ers. However, Austin is out for a good few weeks with a broken foot.