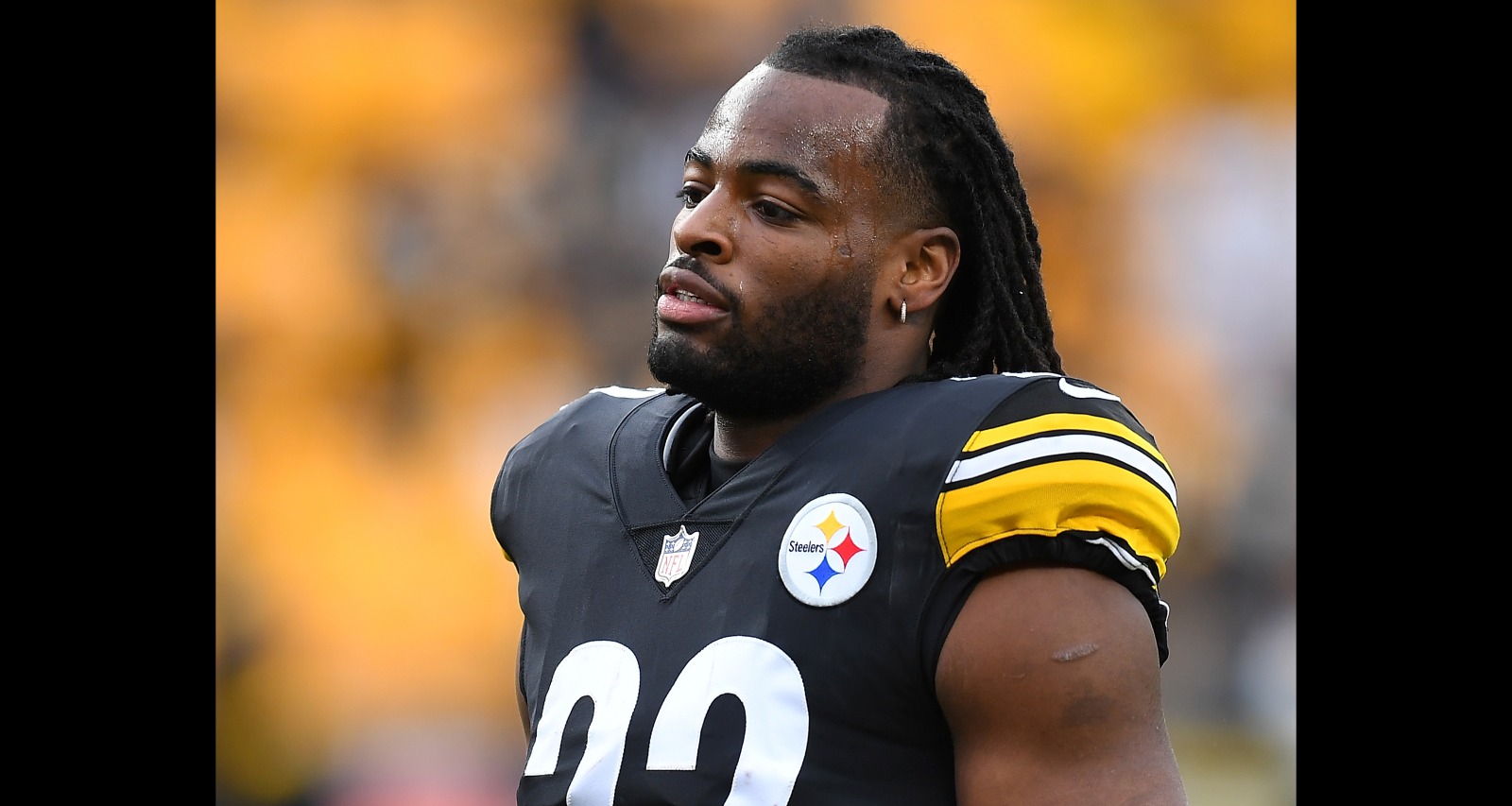 Najee Harris’ rookie season with the Pittsburgh Steelers is already looking promising. The NFL running back broke the franchise rookie rushing record set by another NFL legend with the same last name. Longtime Steelers fans might recall Franco Harris recording the historic rushing touchdown in 1972. Their common last name and football prowess has led to speculation on social media about a possible connection between them. Football fans ask if Najee Harris is related to Franco Harris. Some presume the Steelers rookie is the retired player’s son. There is, however, no familial relation between the two, though Franco Harris has acknowledged Najee’s potential.

Najee Harris Is Not Related to Franco Harris

Najee Harris was born on March 9, 1998, to Tianna Hicks and Curt Harris. He grew up alongside four siblings in San Francisco.

Hicks raised Najee and her other kids as a single mother in a low-income household. Recently, the footballer with his mother and siblings volunteered at the homeless shelter they were once a part of.

Najee played collegiate football for the Alabama Crimson Tide and was selected by the Pittsburgh Steelers in the 2021 NFL draft. In the January 3 game, Najee became the Steelers’ all-time leading rookie rusher with a rushing total of 1,085 yards.

The Steelers’ social media pages announced that the young running back surpassed another Harris. They are, of course, talking about the previous rookie rushing record of 1,055 yards set by Franco Harris in 1972.

New Jersey native Franco Harris was selected by the Steelers in 1972 and in that same year became the Rookie of the Year. He retired as a Seattle Seahawks player in 1984, with multiple records over 13 seasons to his name.

Their last name and Najee’s recent record-breaker has led many to speculate if the rookie and the Steelers legend are related. However, there is no evidence of a familial relation between them. Football and their common last name are the only connection between them.

The Pro Football Hall of Famer, though, had taken notice of Najee Harris when he was the Crimson Tide running back. Ahead of announcing the Steelers pick at the 2021 draft, he said he would like to see “another Harris” in the backfield.

And Franco Harris was not off the mark. Steelers did sign Najee, making him the first running back selected in the 2021 draft. From there, Najee went on to surpass the Steelers legend himself.