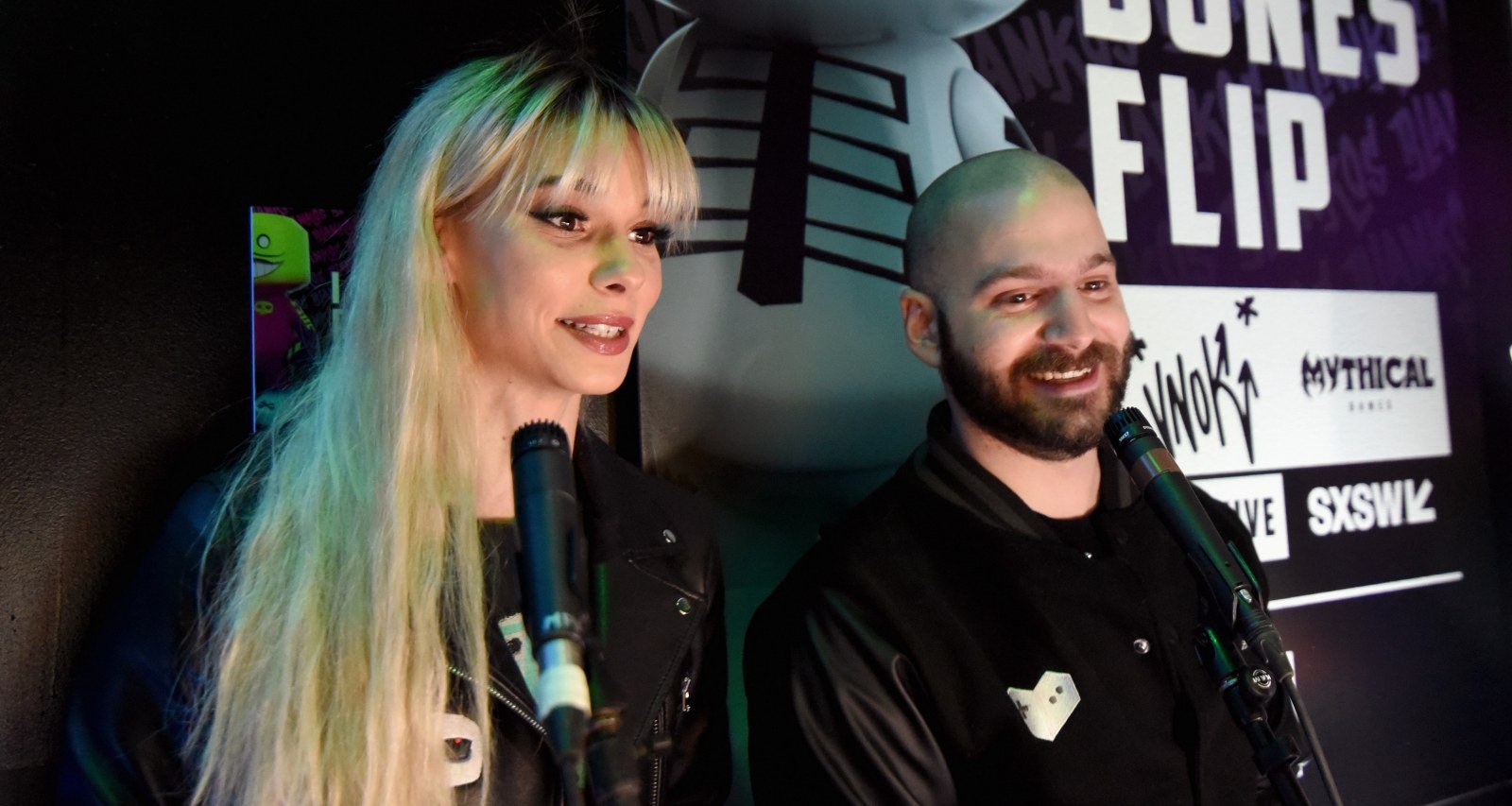 Paulina Shafir (L) and Jeremy Dooley during the 2019 SXSW Conference and Festivals at The Main on March 15, 2019 in Austin, Texas. (Photo by Dave Pedley/Getty Images for SXSW)

Some changes are in order at Achievement Hunter that have fans reeling. Jeremy Dooley hasn’t been seen on Rooster Teeth’s gaming division very often during the pandemic. So, his fans have a lot of questions and fear Dooley is leaving Achievement Hunter. But is the YouTube celebrity leaving the popular channel? Dooley made a statement about changes coming to Achievement Hunter, and it might not be as bad as we fear.

Jeremy Dooley is a man with many feathers in his cap. But he’s best known as one of the hosts of Rooster Teeth’s popular video gaming division and channel, Achievement Hunter.

The pandemic, however, has brought its challenges for YouTubers, and they’ve had to adapt content creation with the situation. AH hasn’t been creating content full-time, and the past year has been turbulent for the channel, to say the least.

Dooley and his wife, Katherine “Kat” Teebagy, had been in the Northeast corner of the country during the pandemic, while Achievement Hunter is headquartered in Texas. Dooley is a native of Massachusetts, which is where fans think he is now.

Since long before the pandemic, when Rooster Teeth came under the WarnerMedia umbrella, AH has gone through several changes. So fans have a lot of questions about the future of AH and its main cast.

Dooley’s absence on AH, and the fact that he’s currently in a different state, makes fans fear he might be leaving AH. But JDoolz put the speculation to rest.

In a statement on his official social media profiles and on Chit n Chat, Dooley confirmed that he and his wife will continue to live in the Northeast after the pandemic. They love being closer to their families, so the arrangement won’t be changing when AH is back to full-time filming.

However, it doesn’t mean fans won’t be seeing the YouTuber on AH again. Dooley remains a member of Rooster Teeth, but will be working in reduced capacity in content creation.

Dooley will join the others remotely when AH is back to full-time content creation with provisions for remote filming. Though this setup means he won’t be on the show every time.

Fans can take comfort in the knowledge that Jeremy Dooley is staying with Achievement Hunter. And perhaps when a new normal is established, he’ll appear on AH more often.