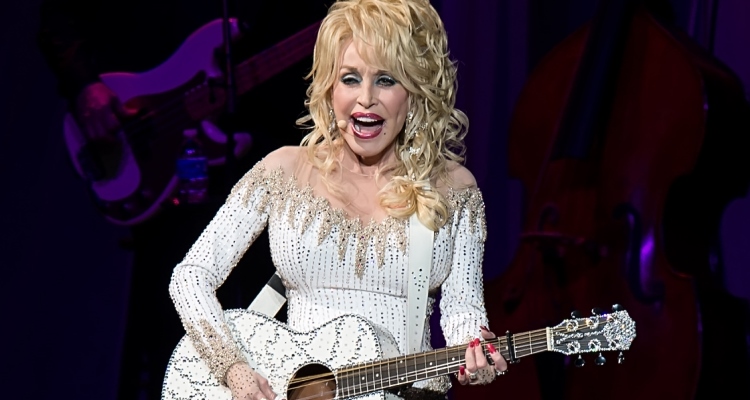 On January 19, country music icon Dolly Parton celebrated her 70th birthday, and to celebrate, she is going on her first U.S. and Canadian tour in over 25 years! According to her website’s announcement, she plans to bring her enthusiastic performance to stages in over 60 cities. If you want to know more about the country star’s personal life, we’ve got the answers to questions like, “Is Dolly Parton married?” “Who is Dolly Parton’s husband?” and “What is Dolly Parton’s Net Worth?”

Dolly Parton’s husband is none other than Carl Dean – her husband of 50 years as of May 2016. Dolly Parton’s age clarifies that the couple married when she was just 20 years old, isn’t that sweet! They met when she was 18 years old at Nashville’s Wishy Washy Laundromat. The couple married two years later on May 30, 1966 and never gave up – that’s definitely a cause for celebration!

Carl Dean continues to remain mysterious to the media, deliberately avoiding the spotlight. It sure looks like opposites attract! Perhaps this is the reason for their successful marriage – what do you think?

“Don’t have to knock twice, it feels so right standing outside your door once more” #outsideyourdoor Watch the new lyric video #linkinbio

Valued at $500 million, Dolly Parton’s net worth is sky high! The singer, songwriter, author, actress and philanthropist has been writing and performing top notch country hits for over four decades! She released 41 Top 10 Country albums and took the world by storm with 25 No. 1 Singles. That’s quite the successful track record!

Sometimes it feels good to put away the mic and instruments and just sing to you all. Any guesses which song this picture is from? #pureandsimpletour

She’s Down with the Times!

Dolly Parton’s Instagram has simple and sweet photos of the country Belle performing, and posing for the camera. She certainly is in her element when she’s in the spotlight. Be sure to follow @DollyParton if you’re a fan – these photos sure are precious!

Happy birthday to me!! Thanks for all the #birthday wishes and I hope y’all have a fantastic day 🙂