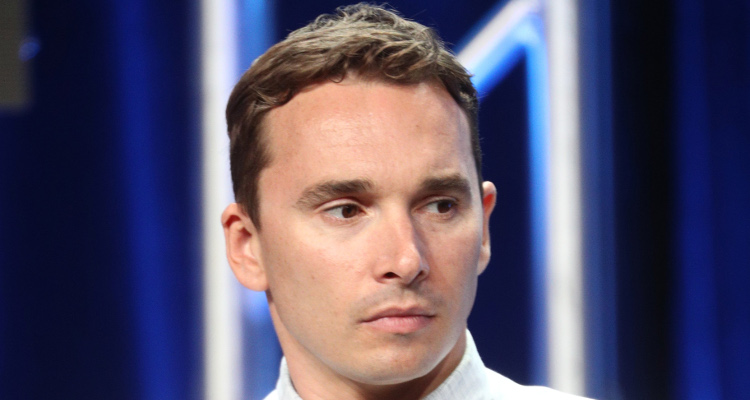 Fox added another comedy to its lineup, and fans are loving it! If you watched the series premiere and thought that Brent Spiner is on The Orville, we have bad news for you; he’s not. However, Spiner did reveal on Twitter that he would be tuning in! Keep reading to know more about who The Orville‘s robot voice is and facts about the show’s cast.

Fox recently added to its already great weekday lineup with The Orville. The sci-fi comedy is a spin on Star Trek, but with a lot more laughs!

The show premiered on Sunday, September 10, 2017, but new episodes will air Thursday nights at 8:00 p.m. EST on Fox. It takes place 400 years from now on the U.S.S. Orville, a mid-level exploratory vessel.

The show’s cast includes Seth MacFarlane, who plays Ed Mercer, captain of the Orville. His ex-wife, Kelly Grayson, is also the spacecraft’s first officer and is played by Adrianne Palicki.

The character who has people talking is the “robot,” or artificial life-form, named Isaac, as many think he sounds like Brent Spiner, best known as Data from Star Trek. Unfortunately, Spiner is not on The Orville. Instead, Isaac is played by Mark Jackson.

Mark Jackson on The Orville

Well that's a wrap for me on S1 of @theorville An unbelievably fun 8 months with kind, talented people. 'Til next time amigos! #TheOrville pic.twitter.com/EuLIJrQRc8

Isaac is “a Kaylon from the planet Kaylon populated by artificial lifeforms, so not a robot because he is very much alive. He hasn’t been made by humans… He’s very intelligent; the Kaylon are vastly intelligent and know they are, and don’t have a problem pointing it out to lesser biological life forms, but he does it quite casually,” according to Jackson.

He further described his character as a “really nice guy,” adding, “He doesn’t have a malicious bone in his body but it can come across like that to very sensitive, complicated creatures. He is earnest and sincere and a really nice guy, not that he knows he is.”

Jackson is hopeful about the show’s success and thinks fans will give it a chance. “At San Diego Comic-Con, we had a lot of people queuing who wanted to get into our panel, and because it’s Seth [MacFarlane], I think people will give it a go.

I think [it’s] a lot of the Star Trek fans, disgruntled about not having Star Trek for years,” explained Jackson.

The Orville is off to a good start, as many viewers have nothing but good things to say about it. If you have not yet seen it, take a look at the Orville trailer below!