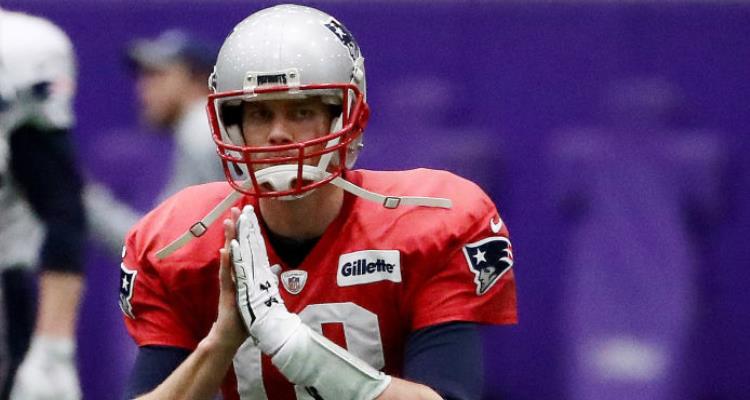 It’s that time of the year, the first Sunday of February, also labeled as Super Bowl Sunday for many Americans. This year, Super Bowl LII will see the Philadelphia Eagles face off against the New England Patriots, the defending champions. Since there’s some free time before the game, we’ve got some of the funniest Super Bowl memes to get hyped up before the battle for the title!

The Internet is filled with memes and it seems every major event causes a stir of new funnies to be born. This year, with the big game so close we can taste it, social media is flooded with memes for Super Bowl 2018! Lucky for you, we’ve compiled a list of the best ones here!

In November 2016, many America went to the polling station to place their vote for the next president of the United States. In many cases, Americans didn’t want to vote for one candidate over the other. The reasoning behind this was because Americans felt that neither candidate was great for the future of the country. Now, it seems the same thinking is being applied to Super Bowl LII; the New England patriots once again are in the finals (likely the most disliked team in the league). Apparently, other than the city of Philadelphia, no one is freely electing to choose them to win the game!

This is a classic meme for Super Bowl 2018. Everyone knows that the NFL is not run by Roger Goodell and his team of executives, it’s Jerry Jones and the Dallas Cowboys!  Jones owns one of the most valued teams in the league and at times he has so much power that he can pull major strings. One recent example was delaying the re-signing of Roger Goodell as commissioner!

Eagles fans, beware of intruders from the Patriots! This super bowl meme is in reference to the New England Patriots being involved in the “Spygate” controversy. Spygate is the videotaping of other teams’ practises and uncovering the coaching staff’s secret language of plays.

My Patriots jersey came in the mail today, just in time for the Super Bowl ?? pic.twitter.com/LU5brBDdcW

When the New England Patriots scored a touchdown in the Championship game against the Jacksonville Jaguars, the referees were cheering with the Patriots players; as if they were one team! Therefore, if you wear a Patriots jersey or the stripped referee jersey it is pretty much the same team.

Who America is rooting for in the Super Bowl pic.twitter.com/F79R26zJVE

It’s not news that the patriots are a hated team and this is why America is cheering for the Eagles to win Super Bowl LII.

This assuming that Brady and the Patriots long list of experience will come in handy and destroy the Eagles. Foles calling 9-1-1 is in reference to needing as much help as possible to win the Lombardi Trophy.

On the left side we have Tom Brady referred to as a GOAT (Greatest Of All Time) and the Eagles being referred to as the under-dogs in the big game. We can’t say we disagree.

This is just a comparison between the two quarter-backs staring in the big game, Nick Foles and Tom Brady. It seems that Foles is being hyped up and there is no love for Brady! Is six wins too many for people to handle?!

Mark Wahlberg is one of the biggest fans of the New England Patriots, since he grew up in the Boston area. Last year, Wahlberg was remembered for leaving the game in the third quarter, when the Patriots were down 28-3 to the Atlanta Falcons. He didn’t even have the opportunity to see the comeback victory! Later in an interview, he said he had to leave because his son was dropping F-bombs continuously! This year, he may be remembered for cheering for both teams in the Super Bowl. The reason for this is because he has respect for the Philadelphia Eagles after he played the role of Vince Papale (former Eagles Quarterback) in the movie Invincible.