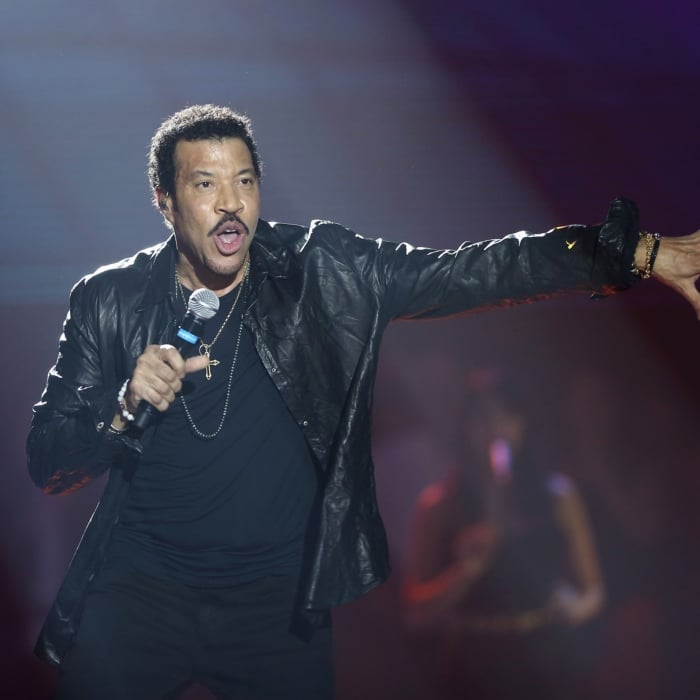 Despite being 66, Lionel Richie has barely taken a day off work, so it definitely came as a surprise when the Grammy-winning artist recently stepped out with his much younger girlfriend, Lisa Parigi, in Rome, Italy.

Richie posted a selfie of himself outside the historical Colosseum, rocking a leather jacket, scarf, and some hippie glasses. He captioned the photo, “Ciao, Roma!” His fans left sweet comments such as, “My hero, love you and well my favorite place in the world, Rome. Enjoy [sic],” and, “This man is a legend from family and the music that has filled the hearts and minds of inspiration cheers mate. [sic]” Another follower even urged him to keep working, writing, “Don’t stop the music!!!”

Richie also used social media to indulge in a little lighthearted humor. British singer Adele recently released her latest single, “Hello,” which actually has the same name as Richie’s most famous song. And the latter showed his sense of humor when he posted a short mashup of the two artists’ music videos—it shows Adele answering her phone and singing the line, “Hello,” from her song, and then promptly hanging up when Richie sings his famous line, “Hello, is it me you’re looking for?” The hilarious video racked up over 10,000 likes on Instagram and almost 4,000 comments.

In other news, Richie has joined R&B singer Rihanna in support of her second annual Diamond Ball for the Clara Lionel Foundation, which she launched back in 2012. While Kevin Hart has signed up to host the event, Richie will croon his hits for the audience. The ball will be held on December 10 in Santa Monica.