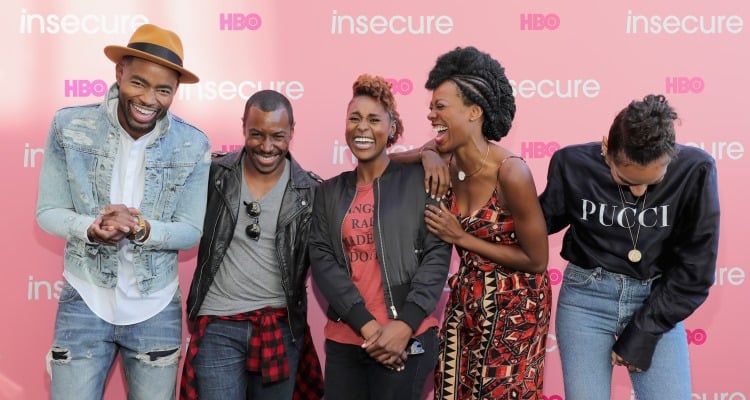 HBO’s new series Insecure is launching its season premiere Sunday night, so if you’re looking for a brand new show to follow, you won’t want to miss the Insecure season 1 premiere! The Insecure cast brings fresh faces to the screen that will make you laugh until it hurts! If you want to know about the Insecure season 1 cast, we’ve got the scoop!

If you’re hoping to watch Insecure online free, you’re not in luck—the series premieres on HBO for members of the service, Sunday at 10:30 p.m. EST.  HBO has a ton of great shows so it’s worth the membership to watch another one! Check out the season 1 premiere in the video below.

IMDB describes the plot with the following statement: “[Insecure] follows the awkward experiences and racy tribulations of a modern-day African-American woman.” Created by Issa Rae and Larry Wilmore, the show focuses on two best friends, Issa and Molly, who both work in typical, “white” environments. Issa works for an educational, non-profit organization, while Molly works as an associate at a law firm. Much of the show’s humor revolves around satirizing those workplaces, says New York Times. The review says the show’s focus is on negotiating love, lust and commitment during Issa’s last year in her twenties. Issa lives with her unemployed boyfriend, Lawrence, who appears to be your classic lowlife, but throughout the season viewers will get to see a deeper side of his character.

But where does the title character’s insecurity come from? According to Yahoo! TV, it stems from her conviction that she’s not worth a good man, and that her chipper presentation of self is actually a façade. The show dives into the ways we put up false fronts to help us ward off embarrassment and depression.

Fans of the YouTube sensation know Issa Rae from her Internet series, Awkward Black Girl. The series premiered in 2011 and is told through first-person narrative as J (played by Rae) interacts with co-workers and romantic interests who place her in awkward situations. As these situations occur, she reveals her feelings about her circumstances through dream sequences or voice-overs. The series evidently went viral, after blog posts, social media and word-of-mouth brought her mainstream media coverage. Rae and producer, Tracy Oliver decided to raise money for the series through Kickstarter to fund the rest of the first season! By August 11, 2011 they received 1,960 donations, which amounted to $56,269! Talk about success!

Be sure to watch the season 1 premiere of Insecure, tonight on HBO!