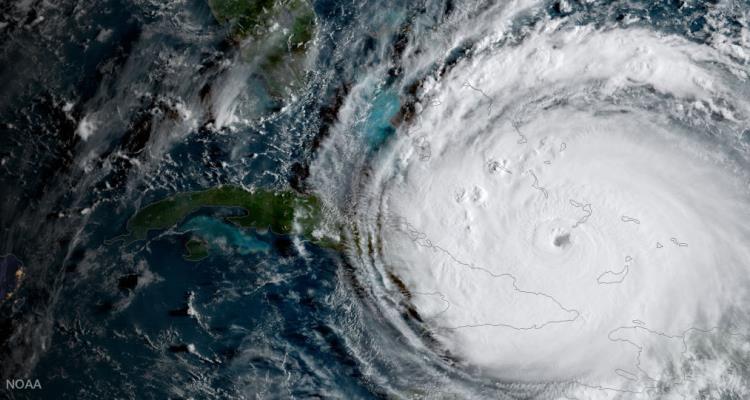 The Hurricane Irma death toll has done nothing but increase since it hit The Caribbean Islands and it’s only expected to rise. Some are calling Irma a “nuclear hurricane” and it’s getting to the point where many don’t have time to evacuate. If you want to stay informed, then here’s what you need to know about the death toll of Hurricane Irma.

Many are looking for the latest Hurricane Irma updates and the weather conditions have only grown more dangerous as Hurricane Irma 2017 has been set to Category 4 storm “with sustained winds of 150 mph,” according to CNN. Many are still processing the destruction left in the wake of Hurricane Harvey, after it demolished much of Houston, Texas recently. Now, many in the Caribbean and Miami are in danger of suffering more deaths and more destruction as Irma passes through their locations, as well.

Most recently, the Barbuda death tolls have remained at one person so far, but the area has been completely destroyed, along with many neighboring islands in the Caribbean. What was once a small death toll has now increased to 23 people who have been found dead. Millions collectively have been personally affected by the destruction of Irma and many are preparing for another hit from the Category 4 hurricane. Thousands in Barbuda have been left homeless due to the storm, as their structures and homes were devastated. The damage is already estimated at $100.0 million to repair.

According to The Guardian: “The storm has killed at least 19 others, including nine on the French territories of St Martin and St. Barts, four in the U.S. Virgin Islands, three on Puerto Rico, one on Dutch St. Maarten, one in Barbuda, and one in Anguilla. Officials have said they expect the death toll to increase.”

Florida Governor Rick Scott has held a briefing for the public and warned everyone to evacuate, causing a huge exodus.

“If you’re in an evacuation zone, leave. It’s as simple as that,” he says. He suggests people to county shelters or friends’ homes away from the coasts, rather than join the mass exodus heading northbound. “Don’t wait. If you’re going to leave, leave. If you’ know what’s going to happen, do it now. The mistake is when people wait.”

Scott went on to warn people that they are running out of time and the storm is almost here. “This is a catastrophic storm our state has never seen. We can rebuild your home, we cannot rebuild your life. Protecting everyone’s life is our number one priority,” he said.

“Floridians are strong, we’re resilient. After the storm passes, we’ll be here to lift everyone up. We will get through this together.”

Several shelters in Florida have been built and while some have decided to stay in their South Florida homes, the majority of the state has been evacuating since the storm warning, leaving even visitors to leave early.