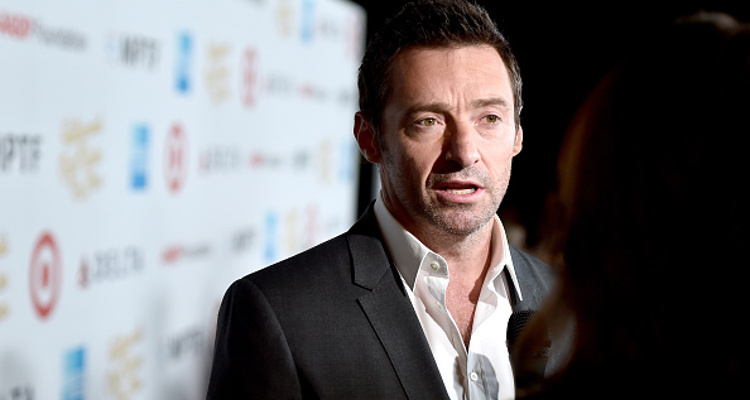 Hugh Jackman is a triple threat; he can act, sing, and dance. It also helps that he has a handsome face and swoon-worthy body. Not to mention his successful runs of films and hosting stints under his belt too.

We certainly can’t get enough of Hugh Jackman. He’s a talented actor, singer, and dancer. He’s easy on the eyes when he’s hosting award shows, and a heart-stopping accent! Recently, he showed off his ripped body on a day out at the beach with fellow Aussie star, Russell Crowe. While the actor is spending the holidays back home in Australia, we’re curious to know how rich Hugh Jackman is. We found out how the 48-year-old makes his wealth, and are sharing it here in Hugh Jackman’s net worth.

Jackman has an unbelievable net worth of $150 million.

Unfortunately, he dropped off the list in 2015, though he still had a high net worth. Forbes takes into account the earnings of celebrities 12 months before the list is published, and Jackman hadn’t worked much that year. Nevertheless, Forbes still includes Jackman among the highest paid celebrities.

He Made Most of His Money from the X-Men Movies

As anyone may have guessed, Hugh Jackman made most of his wealth playing the mutant Wolverine in the X-Men franchise. X-Men: Apocalypse was the last time we saw Wolverine, but that will change. Logan is expected to be released in March 2017, and will be the last time Jackman portrays Wolverine on screen.

In 2013, the star both starred in and produced The Wolverine which earned $414 million at the box office. X-Men: Days of Future Past earned $747.9 million in sales worldwide. The first X-Men earned over $150 million. Jackman reportedly earns a paycheck of over $20.0 million for each X-men movie.

Though Hugh Jackman has become a household name as Wolverine, the actor has decided to retire from the X-Men universe. Fox is now considering possible successors for Wolverine but nobody has been chosen yet.

When you’ve got a lot of money, it’s only natural to spend it on luxurious homes and expensive cars. Jackman and his wife, Deborrah-Lee Furness, own a beautiful triplex apartment in New York City that’s worth a whopping $19.0 million. The crib includes a fully-equipped gym (which he obviously uses), a gourmet kitchen, a recreation room for his children, a sauna, a library, and a wine cellar.

The power couple have also purchased a luxurious, low-rise apartment in Australia. The North Bondi apartment has a beautiful ocean-front view of the famous Bondi Beach and comes at a price tag of $5.9 million.

The megastar also rides in some fancy cars including an Audi Q7 and an Volkswagen Jetta. In 2013, Jackman drove in to the red carpet premiere of The Wolverine in a Audio R8 V10 Spyder which also made an appearance in the film.

He is a Philantrophist

Hugh Jackman constantly gives back to the community. The Van Helsing star is a long time proponent of microcredit, the extension of very small loans to prospective entrepreneurs in impoverished countries. He’s also the global advisor for the Global Poverty Project and the project’s founder, Hugh Evans got the opportunity to visit the UN for the cause. Jackman and his wife are environmentalists who help with organizations trying to cut down global warming. They also support the Bone Marrow Institute in Australia.

Jackman joined Daniel Craig to raise  $1,549,953 for Broadway Cares/Equity Fights AIDS in 2009, after six weeks of curtain appeals, at their hit Broadway drama A Steady Rain. He also raised over a million dollars for Broadway Cares.