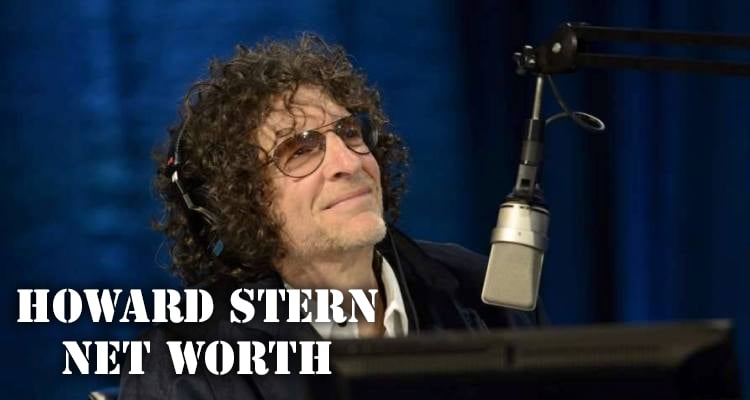 How rich is Howard Stern? Howard Stern’s net worth is approximately $600.0 million, with an annual salary of $90.0 million. That large number probably doesn’t come as a surprise to anyone since the controversial, sarcastic, and foul-mouthed radio host has been on the airwaves for roughly three decades, earning his self-proclaimed title as the “King of All Media.” Before his two wives and three kids, Stern’s true love was radio, and he managed to acquire his massive wealth by doing what he loves, while also exploring other projects outside the studio.

Howard Stern was born on January 12, 1954, in Jackson Heights, Queens, New York City and is the second child of Ben and Ray Stern. His father was a radio engineer in Manhattan and was part-owner of a studio, while his mother was an inhalation therapist. Stern’s father actually had a hand in sparking his interest in media since Ben was also part-owner of a recording studio. He filmed his kids during the holidays and questioned them about current events. If Howard didn’t know the answers, he would deliver a sarcastic answer of his own—sounds about right! It was that kind of witticism, rudeness, and brutal honesty that helped establish the younger Stern’s brand in the entertainment business.

Stern first started his radio career in college at Boston University, making his debut professionally in 1975 at WNTN in Newton, Massachusetts. After trying out a few radio stations, he settled down at WXRK in New York, where he found a home hosting The Howard Stern Show for 20 years. He would later move to Sirius Satellite in 2004, where he is even more outspoken and stopped getting fines from the Federal Communications Commission (FCC)—for once! He signed a five-year contract for $90.0 million, a $10.0 million increase from Howard Stern’s previous contract. And since Sirius is out of reach by the regulations of the FCC, you can imagine how happy he was to fully be his offensive self.

Before being inappropriate and controversial at Sirius, Stern received a series of fines from the FCC for $2.5 million for indecent programming, a charge that would apply to any other radio stations who carried his syndicated content—ouch! But that would barely dent his account balance or his ability to drop F-bombs as if they were nouns.

Stern became arguably the richest radio host in America and always speaks his mind, pushes boundaries, and leaves no subject off limits. Most who listen to the show would find it funny, sarcastic, perverted, and obscenely honest. That’s the kind of personality audiences get from Stern, who says what most people are thinking but might be too afraid to say publicly.

In early 1993, Stern wrote his autobiography, Private Parts, for a $1.0 million contract with Simon & Schuster. It sold 225,000 copies within hours, became the fastest-selling title in history for Simon & Schuster, and a New York Times best seller. It was then adapted into a comedic film in 1997 starring Stern as himself, and grossed $14.6 million. Though Howard Stern’s movie career didn’t take off, uncensored recordings of his Sirius talk show were released on-demand through cable service In Demand.

While at Boston University, Stern met his first wife, Alison Berns. The two got married when they were 24 years old, though he said that he knew he wanted to marry her within a week of dating. Together, they have three daughters: Emily Beth, Debra Jennifer, and Ashley Jade.  Howard Stern’s wife and kids lived in Old Westbury, New York, until he and Berns separated in 1999. From there, he lived in an Upper West Side apartment in Manhattan’s Millennial Tower. Though details about Howard Stern’s divorce settlement are unknown, their 2001 split is said to have been amicable.

From 2012 to 2015, Stern was a celebrity judge on America’s Got Talent, signing a contract for $15.0 million a year. Of course, he wasn’t able to be his usual off-color self, but he still made the show enjoyable to watch.

Though he lives in an expensive Manhattan condo, Howard Stern’s house in Palm Beach was purchased for $5.5 million (five bathrooms and five bedrooms) and sold for $7.6 million. He and his second wife, Beth Stern, moved because fans discovered his home and camped out in the back near the beach. He paid over $914,000 in property taxes and it was one of the highest taxed estates on the island. How much is Howard Stern paid? Here’s a breakdown of his wealth:

Love him or hate him, Howard Stern says what he means and his uncensored interviews continue to entertain audiences worldwide. He’s earned his throne and the cushy multimillion dollar net worth it sits on.