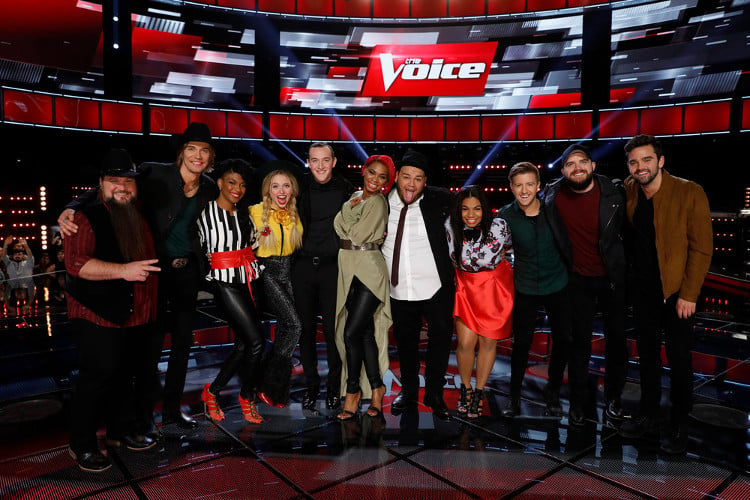 The top 11 are singing their hearts out on The Voice, fighting to stay in the competition. To keep your favorite contestant from being eliminated, you need to vote.

The final 11 contestants on The Voice performed last night (November 21). Tonight, the contestants with the least number of votes will be eliminated. Viewers can vote online, through NBC’s The Voice app, and even through iTunes. To keep your favorite contestant from being eliminated, they need your vote. Here are the voting details for The Voice.

How to Vote Online

Voting opens Monday night (November 21), at 8:00 p.m. EST and will continue until Tuesday (November 22), 12:00 p.m. EST. Viewers who are 13 and above can vote to save their favorite singer on The Voice. Everyone who votes will have to verify their age, regardless of the method used.

When voting online, you can vote up to 10 times per performer through the website, app, or Facebook. You can vote for your favorite contestants online by going to the NBC web site. Click here to vote online. You can also vote through Facebook.

You can also vote using the official app for The Voice. Click here to download the app from the Google Play Store, Windows Phone Store, and Apple Store. During the live performances, voting through the app begins as soon as the show starts.

You also have the opportunity to save a contestant instantly on results night through the “tap to tweet” option on the app. The contestants that are in the bottom two will get another chance to perform and appeal for live voting. Viewers will vote by tweeting their favorite contestant’s designated hashtag. There is only a small time period, roughly five minutes, to vote, after which votes are tallied one contestant will be saved.

Voting on iTunes is quite different than voting through the app, on the web site, or through social media. If you have a valid Apple user ID, you can purchase the song a contestant performed during The Voice live playoffs. Each purchased song will count as one vote for the contestant. If any contestant’s song rises to the Top 200 Singles Chart on iTunes, that artist’s votes will be multiplied by 10.

To count these purchases as votes, the songs must be downloaded on iTunes during the voting period. Though still available, downloading previous episode’s songs will not count as a vote for the contestant.

One contestant from the top 11 will be eliminated at the end of tomorrow night’s (November 22) result episode. Tune in to The Voice at 8:00 p.m. EST and don’t forget to vote for the artist you are rooting for.