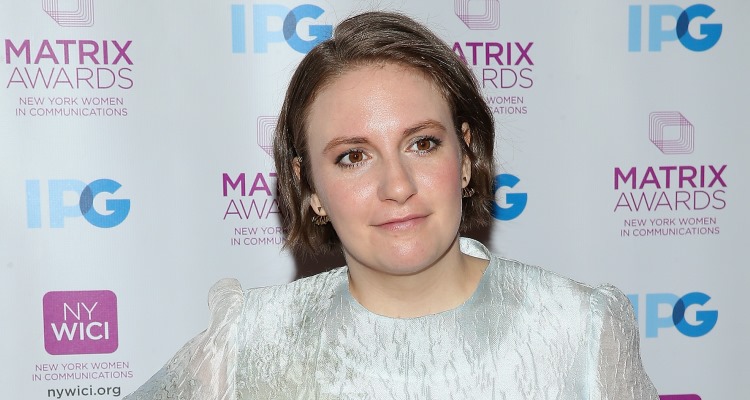 Girls star Lena Dunham has used her celebrity status to discuss a lot of different issues, but there’s one that’s especially close to her heart: endometriosis, a condition where tissue that is supposed to line the endometrium (inside of the uterus) instead grows outside it. Potentially very painful, it is believed to affect six to 10% of women, with 20-25% of those afflicted being asymptomatic. And of course, since it occurs in and around the uterus, it impacts a woman’s ability to have children. Lena Dunham suffers from endometriosis and recently shared her latest coping mechanism.

The actress posted a picture to Instagram of a book she calls “light n’ flirty beach reading.” The book, titled Endometriosis: A Key to Healing Through Nutrition, helps those suffering from endometriosis find relief in the form of information about the disease, details about which foods affect symptoms both positively and negatively, and even recipes.

Dunham has previously discussed living with endometriosis, describing it as the cause for having “lost all trust in or connection to my own body.” She says the symptoms were not diagnosed until after the first season of Girls, having spent most of her life not knowing the cause of her pain, which only made things more difficult. A friend later introduced her to a doctor who pinpointed the issue; she now takes injections each month to alleviate the symptoms.

Fans of Lena Dunham were incredibly supportive of the actress and her struggle, liking the post over 26,000 times. Encouragement included words like, “My sister has this, and though it wasn’t an easy journey, she has 2 beautiful children. It can be done! : )  [sic],” and, “Thank you for being so open. Us endosisters are here cheering you on [sic].”

Fans also appreciated how Dunham has helped to create awareness for endometriosis, with one person saying, “I appreciate how candid you are about health struggle specific to females [sic],” and another who wrote, “Thank you Lena for attempting to educate the world.”

Although Dunham’s condition may make it hard for the actress to have kids of her own, it hasn’t stopped her and her long-time boyfriend, musician Jack Antonoff, from discussing the possibility of starting a family together. “I think about it a lot and it seems like fun,” Antonoff said in a recent interview. “We talk about it all the time…But Lena has her own thoughts on that.”