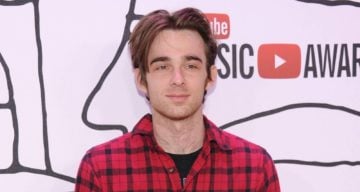 It’s really sad to report that actor Nick Lashaway, who was last seen on the second season of Girls, passed away on May 8, 2016. It’s been reported that on Sunday (May 8), Nick Lashaway was involved in a car accident and had died due to his injuries. Lashaway was 28-years-old at the time of his death and is mourned by his Girls costar Lena Dunham. According to the reports, the paramedics did not find Nick Lashaway dead on the spot, but the actor was unconscious and unresponsive when they found him. Many of us have seen Lashaway doing small roles in several movies and TV shows. Due to his tragic and untimely death, most of us are trying to know the details to the question, “How did Nick Lashaway die?”

Nick Lashaway was seen in several movies and television series, usually playing the “guy next door” parts. You will recognize the actor from the sci-fi crime drama The X-Files, in which he portrayed the younger version of the show’s lead character Fox Mulder (David Duchovny). Lashaway’s death has shocked the viewers of several TV shows as the actor had played short yet significant roles in many of them.

How Did Nick Lashaway Die?

The news of Nick Lashaway’s death came on May 8 when there was a car accident reported in Farmingham, Massachusetts. The reports say that Ted Piers, a retired Framingham police officer, had informed Metro West Daily News about Lashaway being found unconscious behind the wheel. Nick Lashway’s Jeep caught on fire after colliding with two bike riders. When asked, “How did Nick Lashaway die?” Piers informed that the paramedics had performed emergency CPR as his body was in an unmoving state. But, Lashaway could not sustain and succumbed to his injuries on the way to the hospital. The officer added that the crash has been under investigation, and the two motorists have survived with injuries.

Looking at Nick Lashaway’s wiki, we get to know that the young actor had been in the acting business for almost two decades. You’d be surprised to know that Nick Lashaway was 20 years old when he got his TV debut. Being a part of The X-Files and playing the younger version of its lead was a breakout role for Lashaway. While we were looking for the best movies and TV shows of Nick Lashaway, we were surprised to see the number of hit shows he’s been in. Before we move on to his television appearances, we’d like to let you know that the actor was a part of an acclaimed romcom that most of us watched. Nick Lashaway played the supporting role of Marcus in The Last Song (2010), and starred opposite Miley Cyrus and Liam Hemsworth.

Nick had a TV comeback in 2013 with HBO’s hit comedy-drama Girls. Episode 207 from Girls’ season two was the last time Nick Lashaway was seen on the screen. His costar Lena Dunham was deeply saddened upon hearing the news of Lashaway’s death. Paying tribute to her costar, Lena Dunham shared a photo of him as Frank, the role Lashaway played in that Girls episode. Lena Dunham’s tribute on Instagram also shared a commiserating message from the actress.

Have a look at this photo and the message below. RIP, Nick Lashaway!

Just heard the incredibly sad news that Nick Lashaway was killed in a car accident on May 8th. Nick was such a talented, funny and kind person and we were so lucky to have him as a part of our Girls family when he played Frank in episode 207. We will always remember the week we shared with him, his playful smile, his easy instincts, how much he made us laugh even when we had to stay up all night in the woods. We are sending love to his family and friends and feeling such gratitude for his gifts. RIP sweet Nick.