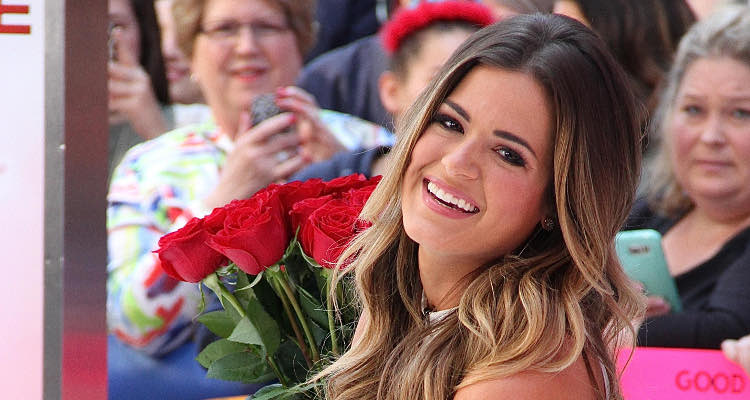 The red flags just keep flying high as 25-year-old real estate developer JoJo Fletcher must decide between her final four eligible suitors. After last week’s fiasco with former footballer Jordan Rodgers’ family problems, this week she is forced to face Robby Hayes’ ex-girlfriend’s reports about him. On the show, Hayes is seen visibly upset as his mother informs him about Hope Higginbotham’s allegations and he said, “It just sucks so much because I’m in love with JoJo, and she brought it up today. I’ve worked hard and been honest with her to let her know that that is such a part of my past that it’s never going to come up again, and if that’s going to be the chink in the armor that doesn’t make this work, I’m going to be devastated.”

Here are seven facts you need to know about Robby Hayes’ relationship with Hope Higginbotham:

They Dated for Four Years

The 27-year-old sales rep from Jacksonville, Florida, claimed that he had been dating his ex-girlfriend Hope Higginbotham for four years, and they broke up just a few months before he agreed to appear as a contestant on The Bachelorette.

Hayes had previously confessed to Fletcher that he was over Hope and stated that their relationship was “all wrong” and doomed from the start since his family didn’t like her and he barely knew hers.

Hope to the Rescue!

Recently, it came to light that Hayes was arrested in 2012 for a DUI and was bailed out by the same ex-girlfriend. A few years ago, he was also taken into custody for possession of alcohol by a minor.

There are also reports that Hayes paid former The Bachelor stars Tolbert and Jade Tanner to promote him online. He is now being accused of breaking up with his ex-girlfriend to come on the show and achieve fame and success.

This season’s villain, Chad Johnson, stirred up some brand new trouble even after his elimination from the show. Recently, he posted a photo on social media of him kissing Hayes’ ex-girlfriend, Hope Higginbotham, on multiple occasions, implying that they met many times. This was the caption below the numerous photos of their time spent together: “While traveling this weekend, our paths crossed and I finally had the opportunity to meet Hope Higginbotham in person. Let me just say; she is even more beautiful in person! A great girl like her deserves so much better than someone who lies, cheats, and ends a four-year long relationship to pursue fame on a TV show. You’re amazing; I miss you already.”

Hope Higginbotham and her roommate, Alex, are spreading rumors about how Hayes broke up with Higginbotham for a chance to be on the hit reality show. Hope took to Instagram to post a photo with the caption, “Why you always lyin’?” after Hayes, who is a former pro swimmer, spoke out against their relationship claiming that he should have ended it nine months before he did.

The couple, Rob Hayes and Hope Higginbotham, took a trip to Italy last December that was well documented on social media by both. The irony is that Hope Higginbotham bears a striking resemblance to JoJo Fletcher. This just keeps getting better and better! We’ll just wait and watch to see what new drama unfolds next week.