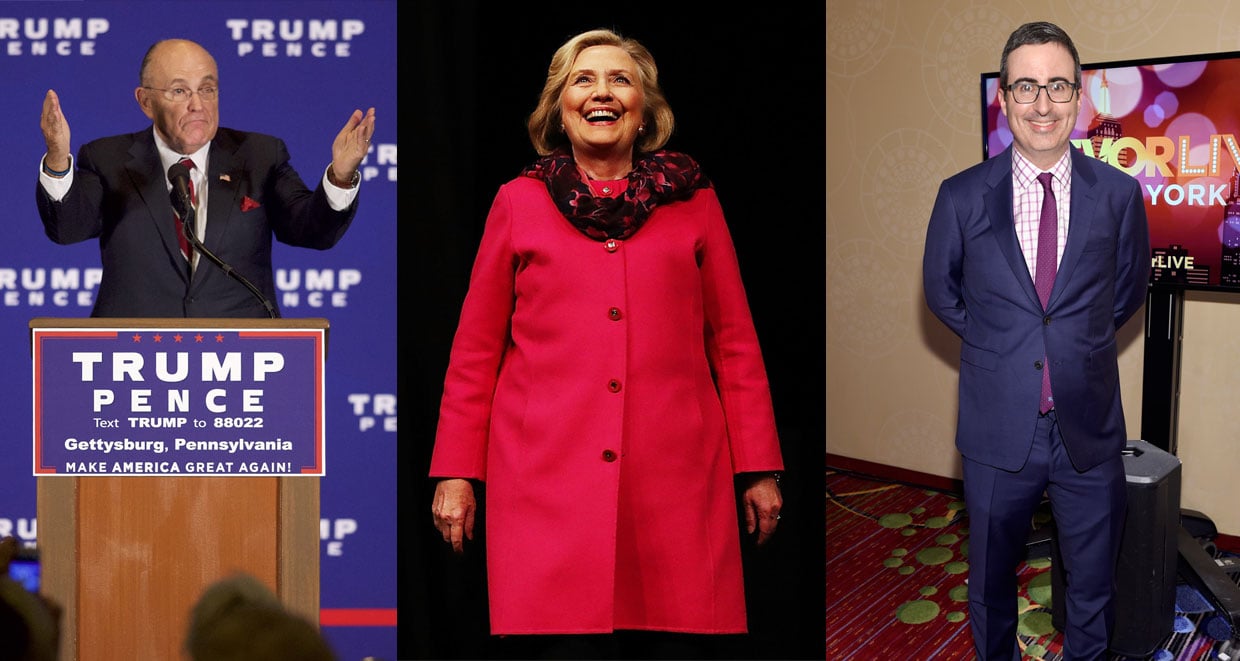 There was a lot of Rudolph Giuliani bashing on the Last Week Tonight with John Oliver show, which spawned interest in Hillary Clinton. Does the former First Lady have an illness? Why was Hillary Clinton seen wearing a back brace? Oliver and his team have made a website to answer that question.

If you watched the latest episode of Last Week Tonight with John Oliver, then you might have had the urge to visit HillaryClintonIllness.com!

The Last Week Tonight team bought the URL, and it has a direct connection to what Rudy Giuliani has had to say about ferrets and Clinton.

The Connection Between Ferrets and Hillary Clinton

While Clinton was campaigning to become president, there were rumors that she was seriously ill and that she was hiding it.

In 2016, the former Mayor of New York went on a rampage to make Clinton look bad, by pointing out various problems in her ideologies and health.

Along with claiming that she paid people to create violence on the rallies, he also mentioned in one of the interviews that she’s had massive coughing fits in more than eight instances, which meant she was surely ill.

Giuliani had asked people to type in Hillary Clinton illness and watch the videos.

This was the point of topic on John Oliver’s show. And his team made sure that they gave it a funny twist.

Oliver then showed another video when Giuliani hosted his own radio show. It featured an interview with a man who was concerned about ferrets in New York.

The caller was asking questions about why ferrets are banned from being pets. It looked like Giuliani didn’t even want to give the man enough time to complete his sentences before adding that he was obsessed with the weasels!

Along with repeating the word “sickness,” Trump’s current lawyer also suggested that the caller see a therapist about the ferret obsession.

Here's our piece from last night on Rudy Giuliani…https://t.co/QcSJ6Otdsh

John Oliver’s Twist in the Plot

The talk show host has always had a witty take on most political situations. And he has not let his fans down this time, either!

Rudy Giuliani spoke about Hillary Clinton’s illness on the Internet. So, Oliver has given us all just that!

The URL, HillaryClintonIllness.com, was created by the show. And the website is bound to irritate Giuliani, according to Oliver.

We all know about Giuliani’s dislike of ferrets. And on the website mentioned above, there are two animated ferrets having sex! (Sound effects included.)

However, the Twitterverse is having mixed opinions about it:

You won’t believe what the doctors said about #Crooked Hillary Clinton! She’s been hiding this illness for YEARS! Check out: https://t.co/yxxQXXXXqj

There's nothing this man can't make me crack up at. @iamjohnoliver thank you. https://t.co/4DnMwDK3F9

There is nothing else on the website apart from the furry creatures getting it on (and it’s on loop). Clearly, there was a whole lot of pun intended in the making of the website!

They made the URL to automatically redirect to the animated ferrets, “which Rudy Giuliani would hate,” John Oliver said on the show.

The team also bought another URL, Giuliani-Security.com. This website also redirects to two animated ferrets who are “awkwardly” sitting by each other.

“It links to the only thing that he would hate more than two ferrets fu****g—two ferrets who are cousins, not fu****g.”

The second link was a direct poke at the fact that the former mayor was married to his own cousin! Giuliani had mentioned that they were unaware that they were related at the time of their wedding.

To top it off, John Oliver’s comically irked opinion towards Giuliani made him buy a third URL, Giuliani2024.com. It has yet another ferret who is flipping the bird to the viewers while wearing a T-shirt that reads, “F**k You Giuliani.”

That website is stowed away for if and when Rudy Giuliani runs for president again. Nevertheless, it’s ruthlessly hilarious.