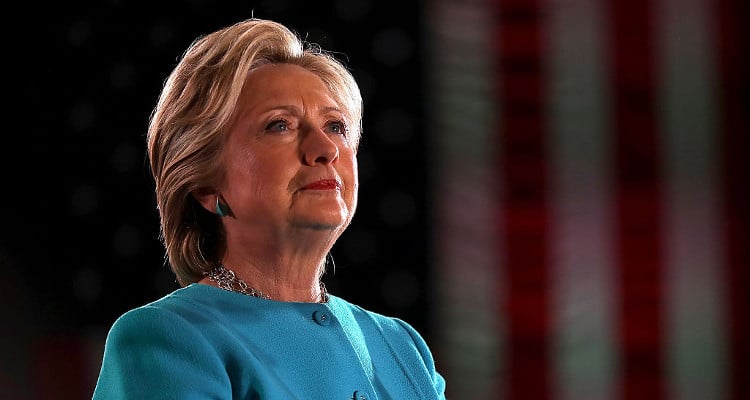 This email scandal damaged Hillary Clinton’s presidential viability as much as the NBC leaked audio scandal did for Donald Trump. The Republican party has long accused Clinton of misusing her private email server as Secretary of State, while the Clinton campaign has denied the authenticity of the Wikileaks documents of the released emails. On the eve of election day, however, Clinton received good news. The FBI said that her emails show no evidence of criminal wrongdoing. So, how does this affect Hillary Clinton’s odds of winning the elections?

On Sunday (November 6), FBI director James Comey announced that the FBI found no evidence of wrongdoing by Hillary Clinton by using her private email server. This was the second time the FBI said that Clinton is not guilty. The first report was back in July of this year.

The timing of the second announcement has served Clinton well, as being exonerated of the charges has given her a jump in the polls. Clinton’s poll numbers have seen a rise, with a small lead over Donald Trump a day away from the final votes being cast. An average of several polls, according to RealClearPolitics, show that Clinton has a 1.8 point lead. She still has more mass appeal and is leading in key states. But they are called “battleground states” for a reason. They’re hotly contested, unpredictable, and both candidates need to work hard to win them over.

FBI’s Role in The Campaign

Comey had given the Clinton campaign a jolt when he reopened the investigation, just days away from the election. Clinton’s private email server has been a matter of contention for a long time, and has been the cause for Clinton’s declining appeal among voters.

On Sunday (November 6), Comey had written a letter to Congress informing that the Bureau had completed the re-opened investigation. The FBI investigative team had been working around the clock to process a large volume of emails regarding the case. “During that process we reviewed all of the communications that were to or from Hillary Clinton while she was secretary of state. Based on our review, we have not changed our conclusions that we expressed in July with respect to Secretary Clinton,” Comey said in that letter.

The second announcement raises some serious questions about the FBI’s role in the elections. The Federal agency faced earlier criticism after it announced Clinton’s innocence of the email scandal, during the course of the election.

When the investigation was re-opened (just under two weeks before election day) there was no word as to whether or not results would be found before November 8. Had it not been for the timely announcement, Clinton would have to campaign with these allegations hanging over her head.

When the case was re-opened, Trump had managed to rally voters to his side, gaining ground in polls and some states. But Clinton has managed to turn it around, gaining her lead again and making this election an even closer one.

The Republican party, however, is not buying that Clinton is innocent of misusing her email server. Trump has accused Clinton and the FBI, saying that the Democratic candidate is protected by a “rigged system.” When the results of the latest investigation broke out, Trump was in Michigan where he said that, “You can’t review 650,000 emails in eight days. Hillary Clinton is guilty. She knows it. The FBI knows it. Unbelievable if she gets away with it.”

Clinton Campaign Gets a Boost

Despite the constant insistence by Trump that Clinton is guilty and the FBI is protecting her, the Democratic candidate is in full swing on her final campaign stretch. In Ohio, NBA legend, LeBron James joined Clinton at her campaign. Bruce Springsteen, Jon Bon Jovi, Barack Obama and Michele Obama will help Clinton rally voters in Philadelphia on Monday (November 7).

In response to the FBI’s announcement, the Clinton campaign said that they were confident that the FBI wouldn’t find Clinton guilty and “are glad that this matter is resolved.”